Commemoration services to mark the centenary of the Battle of Passchendaele in WWI have been held around the country. 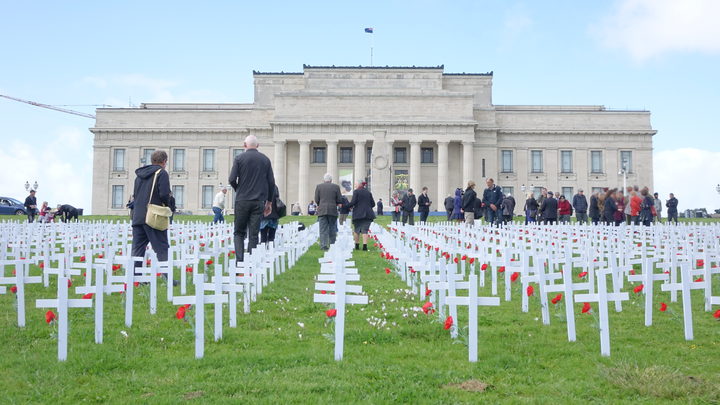 The Western Front battle has been called the darkest day in New Zealand military history with 843 soldiers being killed within the first few hours.

Another 114 men died within three months from wounds received on the day.

In Auckland, a service was held in the Hall of Memories at the War Memorial Museum and opened with the ringing of the bell from the SS Ionic, a troop ship used during the war. 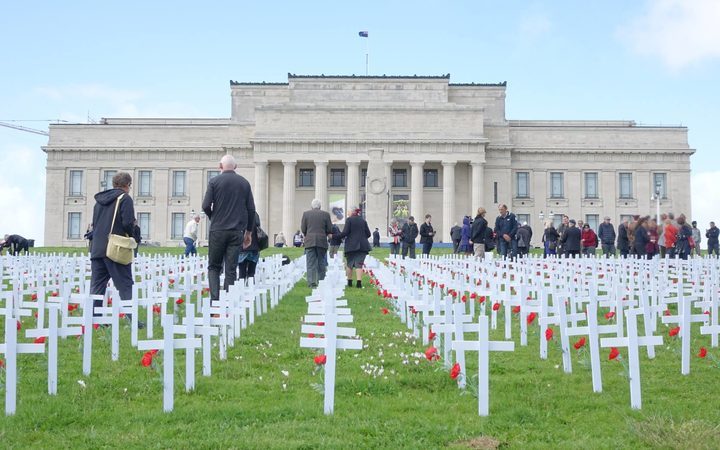 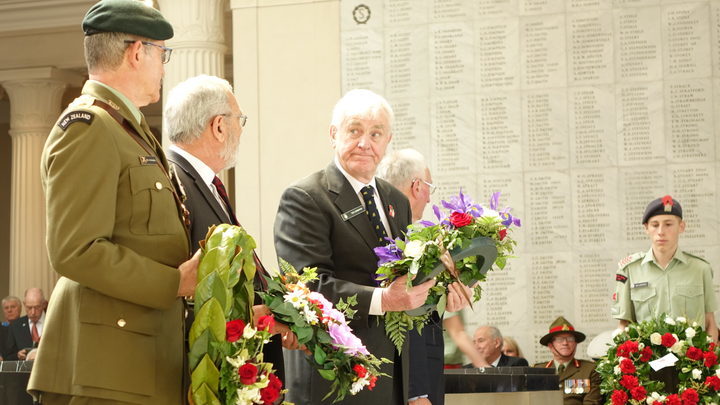 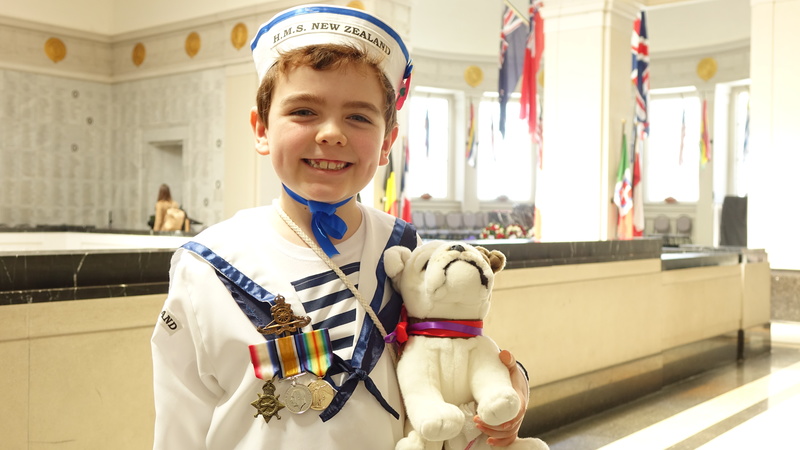 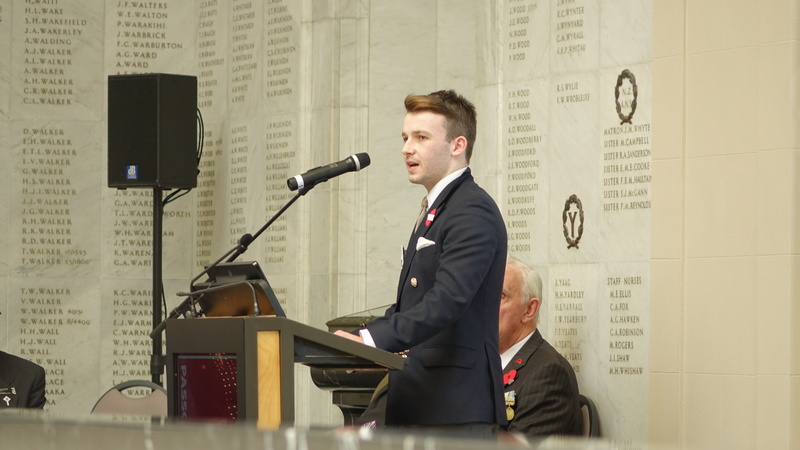 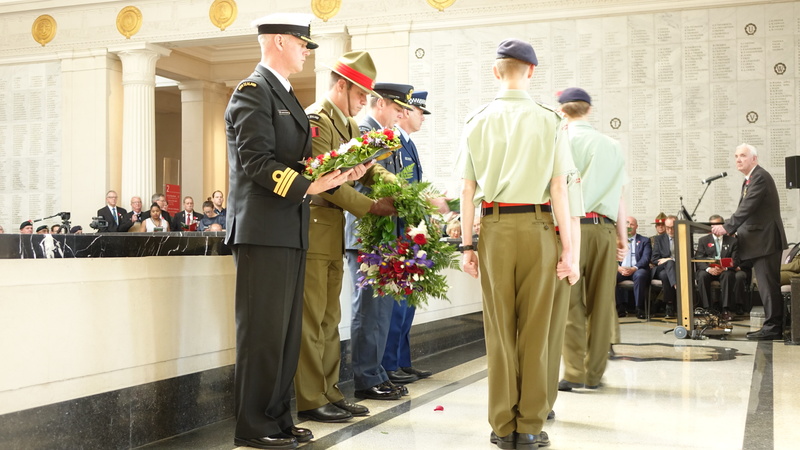 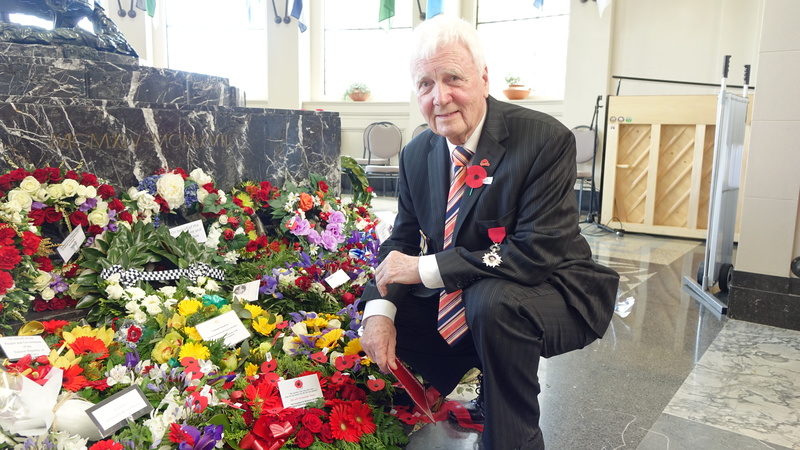 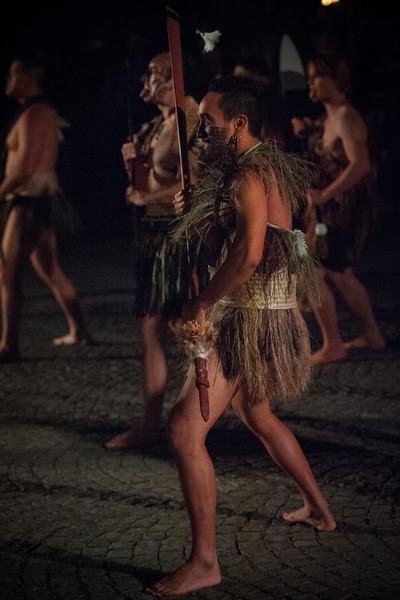 A Toi Māori member performing a challenge at the Last Post ceremony at the Menin Gate in Ypres, Belgium. Photo: NZ Defence Force 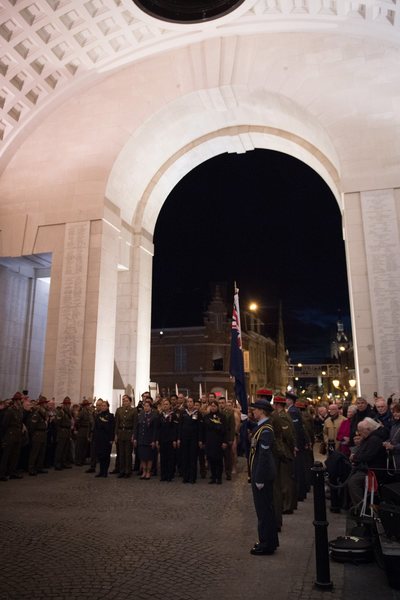 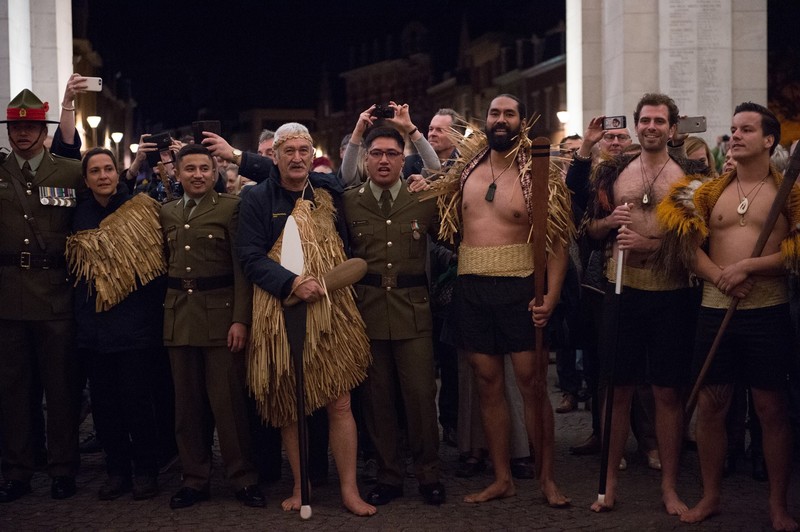 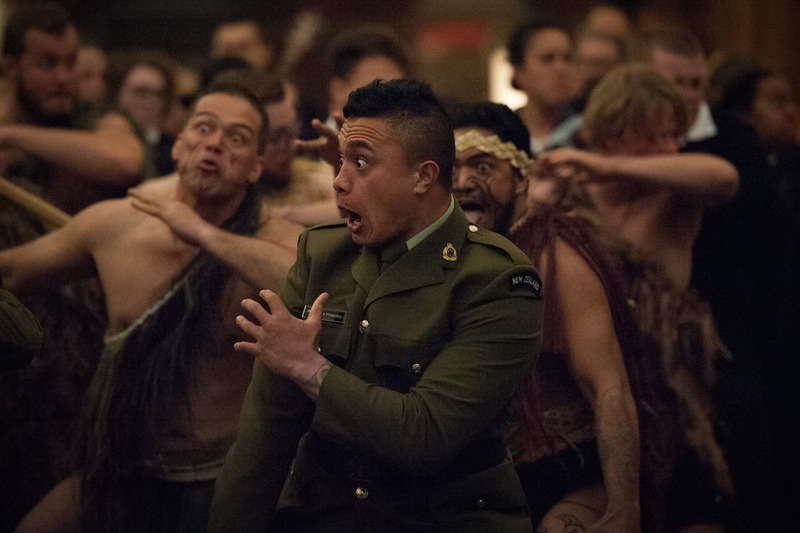 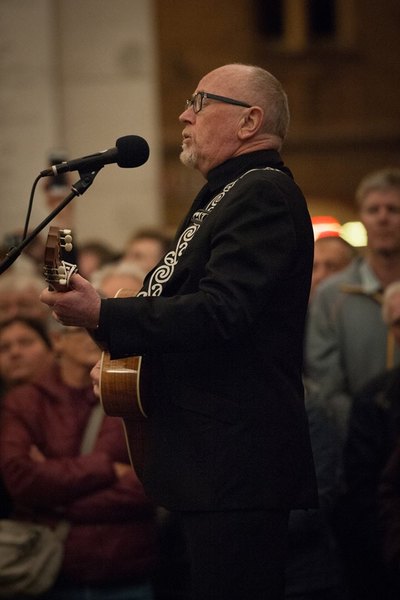 Former Deputy Prime Minister and Secretary General of the Commonwealth Sir Don McKinnon said the service acknowledged the black day in New Zealand history and recognised there were many New Zealanders lying under the soil of the Western front never to return home.

He said the simple message on the Western front in Belgium was that unless you saw a monument or grave, you would not know you were walking over fields where millions died just over 100 years ago.

"We do not fight for fighting's sake or go to war because we are belligerent at all. We do so because we believe it is the right thing to do."

Sir Don pondered whether lessons had been learned from the war.

"The answer is probably yes, but do we act on what we learn, there is probably still doubt.

"We can all benefit by being reminded on a regular basis what those who went before us did, why they did it and why it makes us a very important country," he said.

Commander of Joint Forces, Major General Timothy Gall, also gave an address and the service ended with the laying of wreaths. 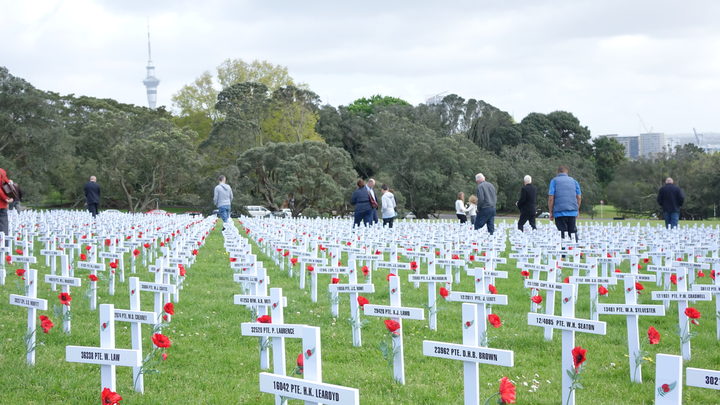 In Christchurch, the service was at the Bridge of Remembrance.

It started with a parade through the Park of Remembrance next to the Avon River in the city's centre, where hundreds of white crosses have been placed to mark the anniversary.

The parade was led by a detachment of the NZ Army Band and members of the Canterbury Mounted Rifles Trust on horseback.

Christchurch mayor Lianne Dalziel said the centenary of the First World War has given pause to reflex on the magnitude of the sacrifice made.

She said the Great War was not a war to end all wars, as had been hoped at the time.

"Let us commit therefore to making peace in the name of the fallen. To give meaning to the lives lost by securing a peace to end all war."

Ms Dalziel said that would be the best way to honour the sacrifice that was made. 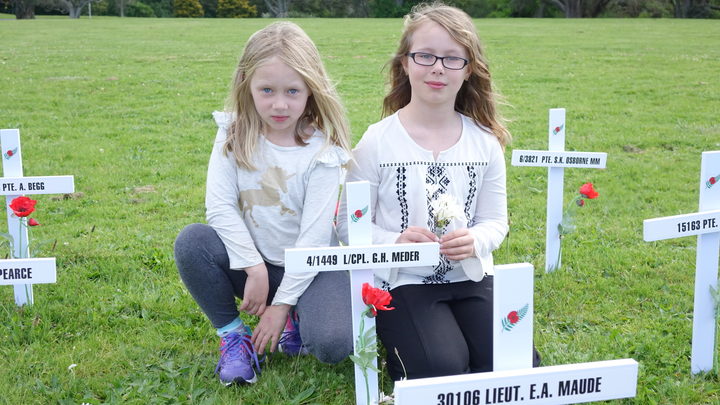 The waka took to the water around the moat of the Menin Gate in Ypres as part of the night-time ceremony.

Some of the crew members on the waka were related to soldiers who died in battle. 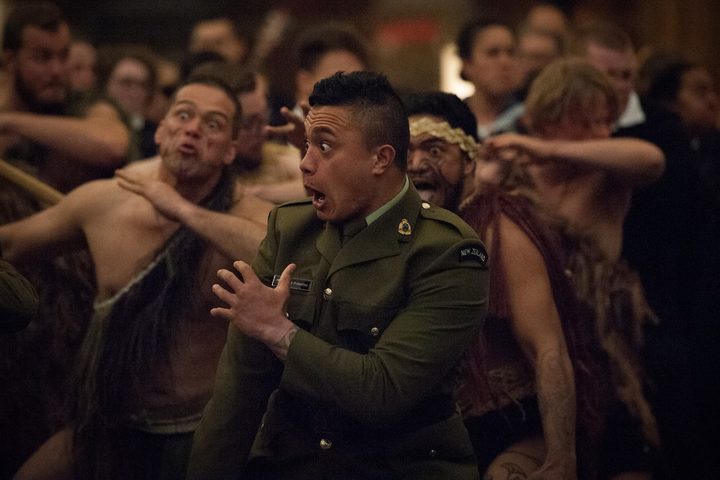 The service, before a crowd of about 5000, also featured a haka by members of the New Zealand Defence Force at the Menin Gate Last Post ceremony.

The New Zealand National Commemorative service will be held in Belgium tonight at the Tyne Cot Cemetery and will be followed later by a Sunset ceremony at the New Zealand Battlefield Memorial at Buttes New British Cemetery at Polygon Wood..

A memorial gifted by the people of Belgium was unveiled in Wellington to commemorate the battle.

The memorial was unveiled on the eastern terraces of the Pukeahu National War Memorial Park.

Those who gave their lives were remembered with deep feelings of respect and gratitude, he said.

"I would like to thank the New Zealand families who had relatives who were sent to the Western Front and fought on Belgian soil."

"Of mud so deep it was hard to move, of uncut barbed wire that trapped the men ahead of their objective and artillery support that was inadequate or landed on its own troops." 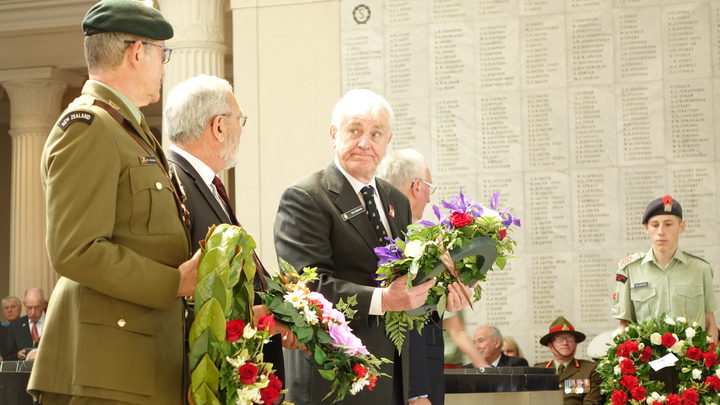