Exhibition depicts the horrors of the Battle of Passchendaele 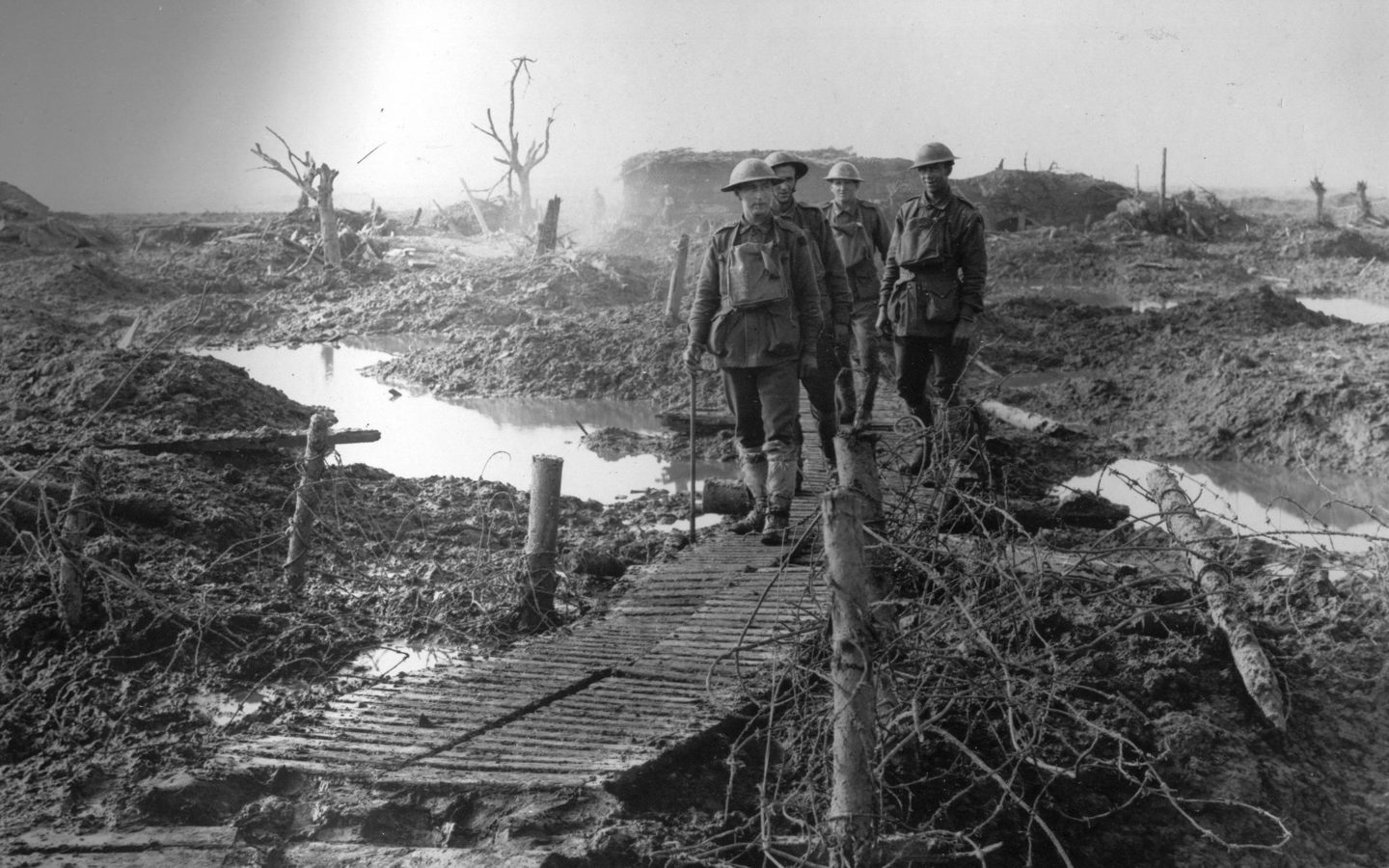 The Battle of Passchendaele of 1917, which included one of the darkest days in New Zealand's military history, is the subject of a new exhibition that opens in Wellington today.

Passchendaele is considered New Zealand's worst military disaster, with 843 soldiers killed on 12 October 1917, the most on any single day of combat involving New Zealand troops. 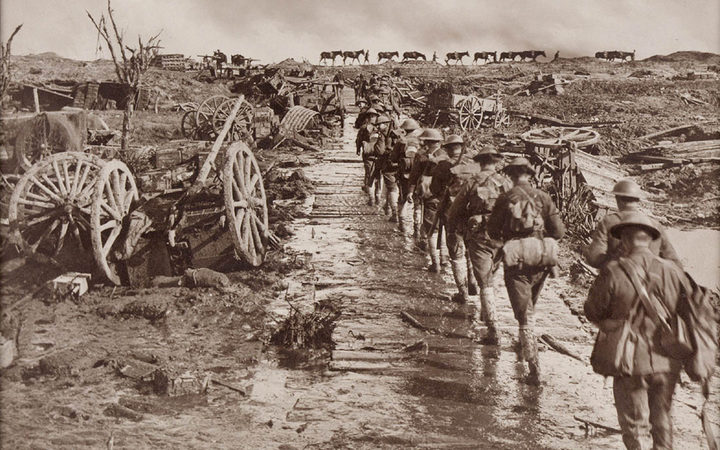 The horrors of the Battle of Passchendaele are now being retold in an audio-visual display at the Great War Exhibition.

Exhibition Manager Ian Wards said the gruesome images in the exhibition are a confronting reality of what went on.

"I imagine people will be somewhat taken back, it's not pretty. The reality was Passchendaele was awful and we would really like people to understand that, but also one of the main reasons why we're here is so that we don't do this kind of stuff again."

Soldiers in the Battle of Passchendaele aimed to get to an elevated position to attack German troops along the Belgium Coast.

But heavy rain and months of artillery bombardment turned the Belgium plains into mud - making it difficult to move, break German barbed wire, or aim artillery.

Among the soldiers who survived the battle, and was awarded a medal for gallantry, was Captain George Gradwell.

His family donated his camera and bayonet for the exhibition, and great-grandson Jack Gradwell said it was emotional watching what his relative had gone through.

"You sort of look at it and it [highlights] how extreme a human experience the Battle of Passchendaele was, and illuminates the fact that it really wasn't that long ago." 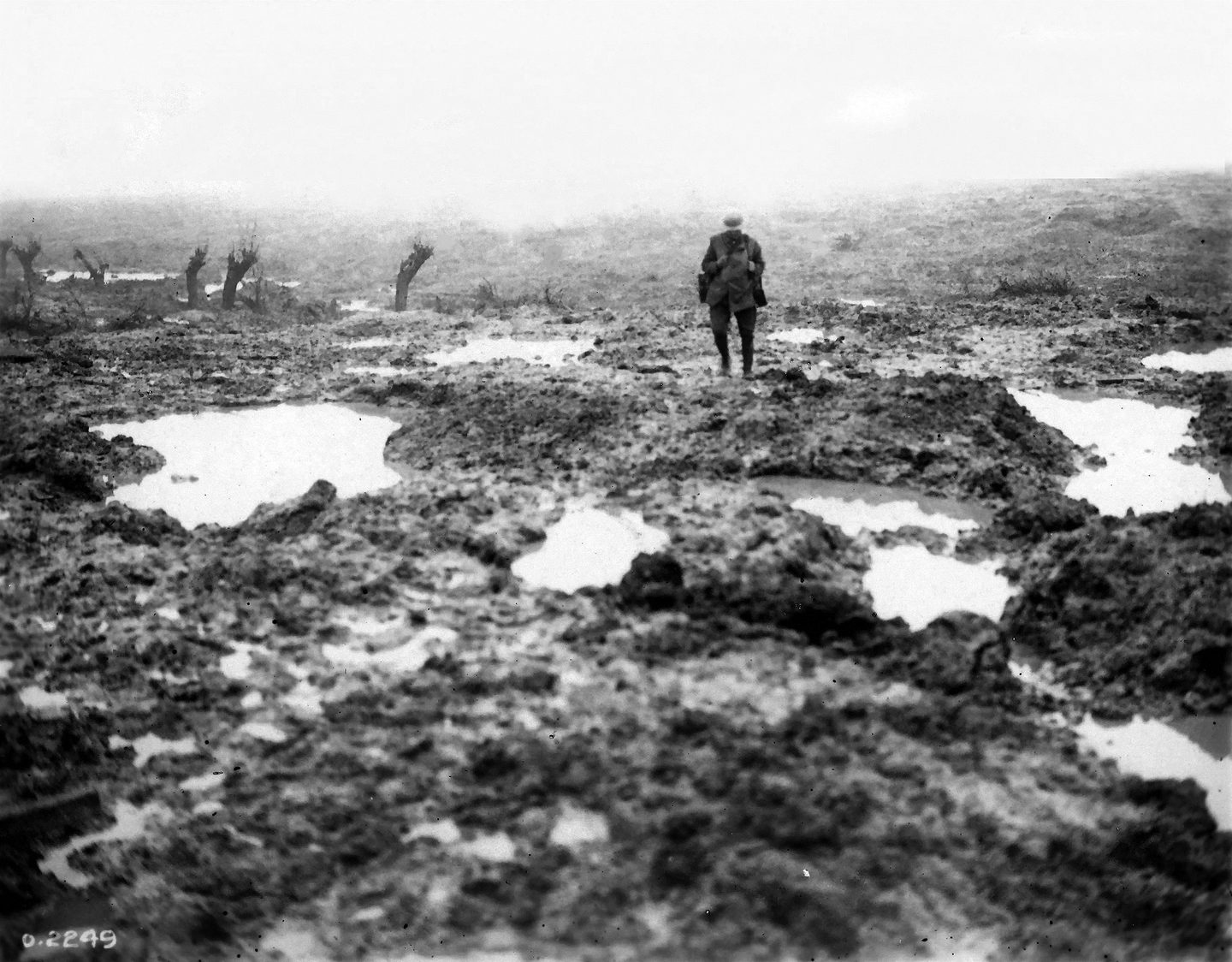 Battling the elements — Mud and barbed wire during the Battle of Passchendaele Photo: The Great War Exhibition / Library and Archives Canada

A visitor to the exhibition said it was a stark reminder of the tragedy happening today.

"It was really moving and really made me question what's happening today to be honest... Brexit and the USA, it's all very sad really."

The Battle of Passchendaele exhibition is the fourth of seven temporary Great War exhibitions and will close early in December. 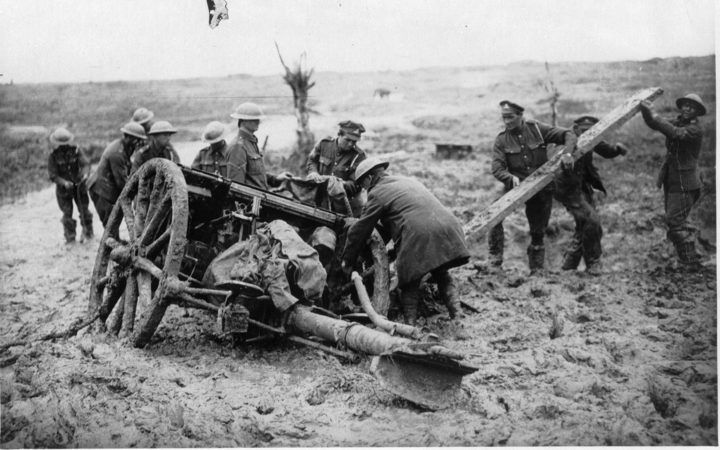