The Duke and Duchess of Sussex have arrived in Sydney to begin an official visit to Australia, Fiji, Tonga and New Zealand. 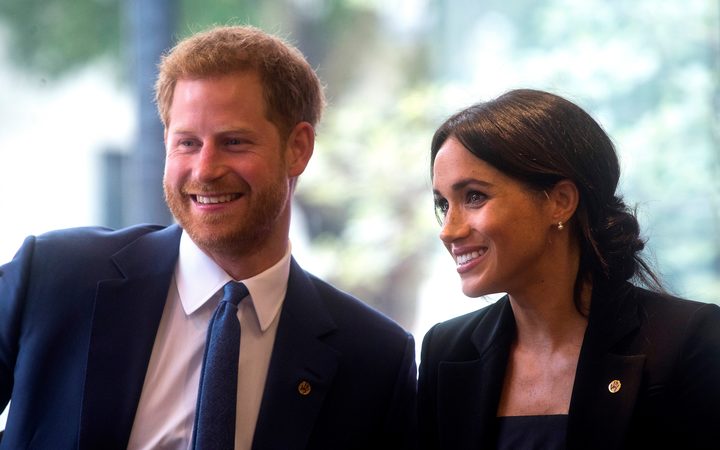 It's the couple's first official royal tour since getting married in May.

The 16-day trip coincides with the fourth Invictus Games, beginning in Sydney on Saturday, and includes dozens of official events.

Prince Harry and Meghan were met by a large media and security presence at the airport.

They were driven to Admiralty House, the Sydney Harbour residence of Governor-General Peter Cosgrove - who is the Queen's representative in Australia.

The couple follow in the footsteps of Prince Harry's parents - Charles and Diana - whose first royal tour was to Australia and New Zealand.

They will rest before beginning official duties on Tuesday.

"It's really a visit with the people," she told local network Nine on Monday.

They will then spend a few days in Fiji and Tonga, before concluding the trip with four days in New Zealand.

In April 2014, Prince Harry's brother and sister-in-law, the Duke and Duchess of Cambridge, spent 18 days in Australia and New Zealand.

Prince Harry will launch the fourth Invictus Games in Sydney on Friday, and attend the opening and closing ceremonies.

He launched the Paralympic-style competition for injured servicemen and servicewomen and veterans in 2014.