The hunt is on for a predator inside Wellington's pest-free wildlife sanctuary. 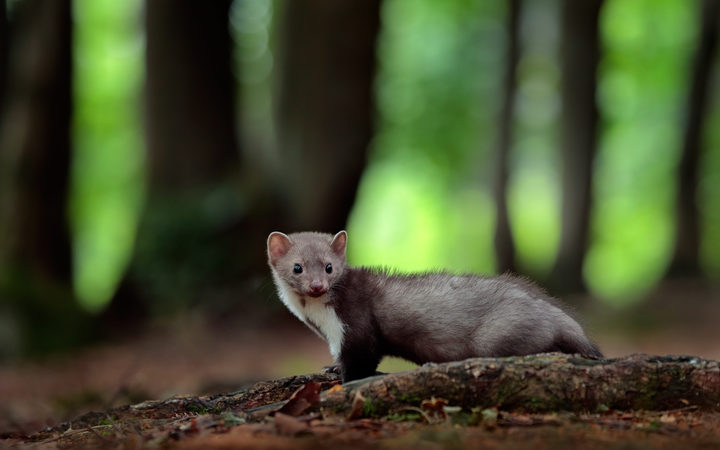 Zealandia staff have discovered what they believe to be weasel tracks in the pest-free wildlife sanctuary. (file photo) Photo: 123rf

Zealandia staff discovered apparent weasel tracks at the southern tip of the sanctuary during a routine pest audit.

Conservation manager Danielle Shanahan said that while incursions were very rare, Zealandia was well-prepared to deal with the situation.

"We're currently putting out over 60 traps in the sanctuary, mostly around the perimeter as this track was detected along the perimeter line," Dr Shanahan said.

"The other thing we've been working on very hard over the last two days has been really thoroughly checking our perimeter fence.

"We haven't seen anything yet, but the thing about weasels is they are very, very tiny so they can actually fit in something a mouse, for example, might be able to get through."

The pest is thought to be a recent arrival as a weasel-detection dog went through the sanctuary in June and found nothing, Dr Shanahan said.

It could have devastating impacts on the pest-free sanctuary which is home to some of New Zealand's most threatened species.

"Even one introduced predator is one too many," Dr Shanahan said.

"A single stoat, weasel, rat or possum could cause significant harm to our birds, lizards and invertebrates."

Since it was fenced in 1999 and introduced pests eradicated, Zealandia has reintroduced 20 species of native wildlife back into the area.