A Navy team have spent the day at Wellington's Zealandia, mapping the sanctuary's bottom lake with the hope of finding forgotten habitats and a lost mining shaft. 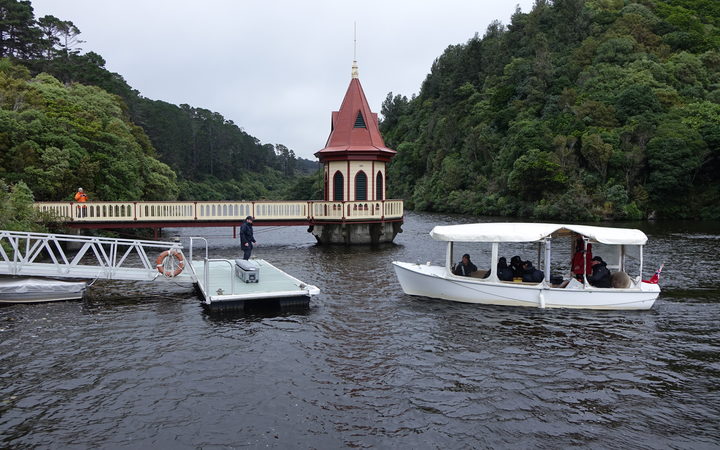 There's a hunt underway at under the lake at Wellington's Zealandia to locate any forgotten habitats and possibly a lost mining shaf Photo: RNZ/Katie Doyle

The Remus uses sonar imagery to map the lake floor.

"The job here today is quite challenging for my team. The lake is actually quite narrow for where we normally work in the open ocean," he said.

"The good thing is they can also see what they are doing, they can see the benefit it will bring to Zealandia, so it's always good to have a job where you can see a positive outcome."

Zealandia Conservation manager Dr Danielle Shanahan said the exercise would help her to decide how best to restore the lake- which has had ongoing issues.

"Every year we seem to have a bit of an algae bloom and there's a few different things that maybe contribute to that so to do really good planning I need to know what the bottom of that lake looks like, what any snags look like ... what kind of habitats might be there for different fish." 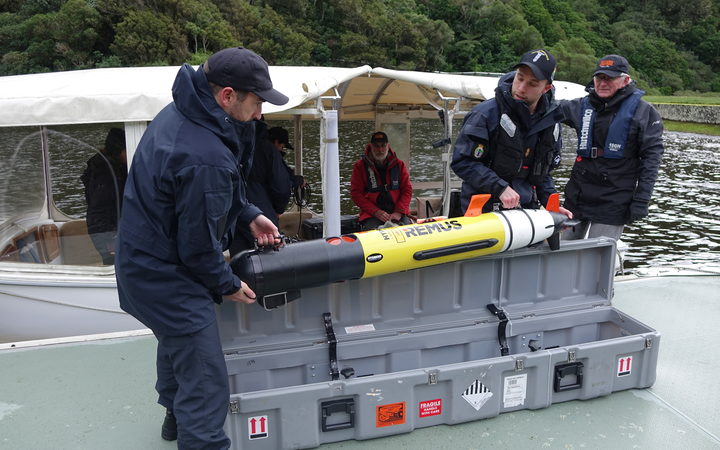 The Remus 100, which weighs more than 100kg and has a price tag of $500,000, is being used to explore the bottom of the lake at Wellington's Zealandia. Photo: RNZ/Katie Doyle

Dr Shanahan said she was most excited to see if the lost mine shaft from the 1800s could be located.

"We know there are a couple others in the sanctuary, but this with this one there's a record that it's there somewhere, we just don't know where it is and what state it's in at the moment," Dr Shanahan said.

On it's first run the Remus spotted a one metre by one metre square, which they believed could have been a ventilation shaft for the mine.

However, they said further exploration was needed to confirm the find.

That exploration was set to take place earlier today.