Forty tīeke, or North Island saddlebacks, will this weekend be making new homes for themselves at Auckland's Shakespear Regional Park. 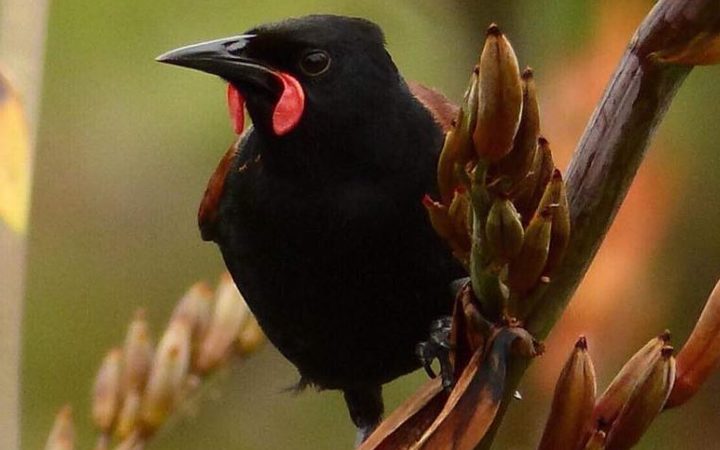 The noisy black birds, with their distinctive chesnut saddles on their backs and red wattles, will be arriving at the open sanctuary from nearby Tiritiri Matangi Island at about lunchtime on Saturday.

Senior ranger Matt Maitland said the birds will be released on to Defence Force land that is part of the sanctuary, because it provides an ideal habitat for them.

But as the population builds up, he said the birds should disperse across the regional park.

In a couple of weeks, another 10 tīeke, from Tawharanui Regional Park, will be released at Shakespear.

The fact that tīeke can be released at Shakespear is a vindication of seven years of pest control work, Mr Maitland said.

"To have them back means our pest control is up to standard," he said.

Tīeke disappeared from mainland New Zealand in the late 19th century, surviving only on a single offshore island.

However, the native birds have since been reintroduced to other offshore islands.

In the last 10 to 15 years, they have also found homes at predator-free sanctuaries on the mainland, including Zealandia in Wellington.

Tīeke are a smaller relative of the kōkako and huia.

They are a noisy and bold bird, with a loud and distinctive call.

The birds are usually found foraging on the forest floor, and are poor fliers, meaning they are easy prey for introduced predators.