Cigarette vending machines are not the answer to stopping robberies, an Auckland dairy owner says. 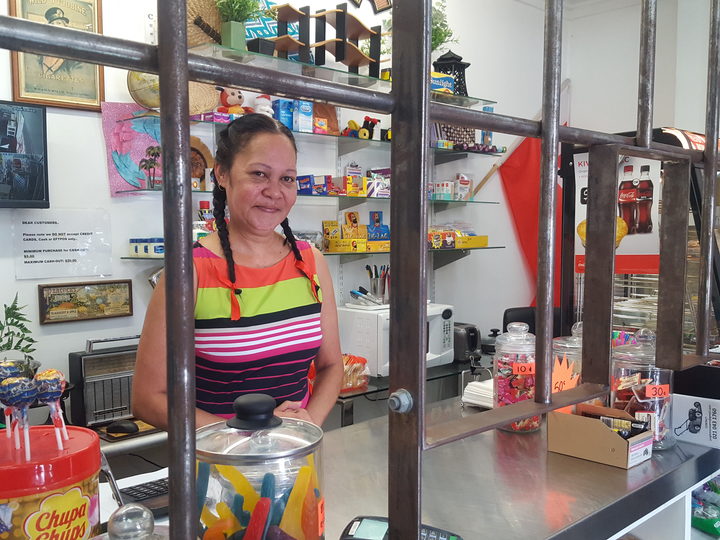 Angry dairy and convenience store owners in Hamilton are demanding that the government fund cigarette vending machines in shops to help discourage robberies.

Local dairy owners are increasingly fearing for their lives after a spate of violent, aggravated robberies.

Two men were attacked in their shops in the past week - one with a machete on Wednesday and another on Saturday with a hammer.

An Auckland dairy owner was also robbed and threatened with a knife on Saturday. 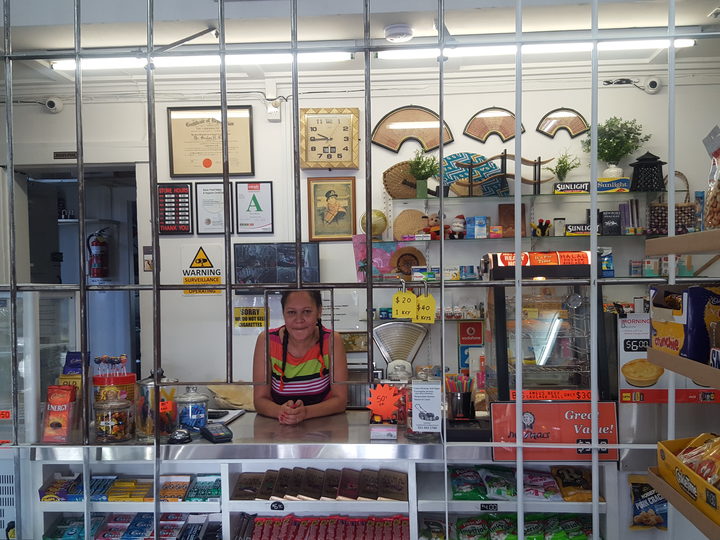 After there were robberies in the area, Una Granger stopped selling cigarettes at her superette three weeks ago. Photo: RNZ / Sally Murphy

Una Granger and her husband have run the Calgary Superette on Auckland's Dominion Road for the past year.

Although they have not been robbed, three weeks ago they stopped selling cigarettes due to other robberies in the area.

"It's scary sometimes I am here alone and the thought of getting robbed is scary - they are getting violent," Ms Granger said.

Profits have decreased by 20 percent since the change she said.

"We warned most of our regulars before we stopped selling smokes and they were fine about it, they understand, some passer bys who don't read the sign can get annoyed.

"I would encourage other dairies to do the same for their own safety, our profit has gone down about 20 percent since we stopped."

The couple also installed bars across their counter.

"We installed the bars just before Christmas and it makes me feel a lot safer - it's sad that it's come to this but what are we supposed to do?" Ms Granger said.

The office of the police minister Stuart Nash, said the government was not considering providing cigarette machines.

The government does give subsidies to shop owners to install better security systems.

Otago University professor of public health and marketing Janet Hoek said with the aim of having the country smoke free by 2025 - it's time for the sale of tobacco to be restricted.

"I understand dairy owners are concerned about their safety but it's time to step back and take a broader perspective and look at the supply of tobacco generally.

"At the moment tobacco is sold at between 7000 and 8000 different places throughout the country, if we are going to make the 2025 targets we need to restrict the sale we should make tobacco only available from a small number of R18 outlets that only sell tobacco products - so it would create an even playing field for retailers," Ms Hoek said.

Plain packaging came into affect last week and restricting supply is the next step, she said.

But the government said it was not looking at restricting the sale of tobacco.

Associate health minister Jenny Salesa, who is responsible for the 2025 targets, said the focus of the tobacco control programme had been primarily on reducing demand. There had not been a focus on the supply side.

"There is evidence to suggest that the wide availability of tobacco is associated with smoking initiation and relapse after quit attempts, there is some evidence to support the effectiveness of reducing retail outlets as a tobacco control intervention, although this is an emerging area internationally."