Angry dairy and convenience store owners in Hamilton are demanding that the government fund cigarette vending machines in shops to help discourage robberies. 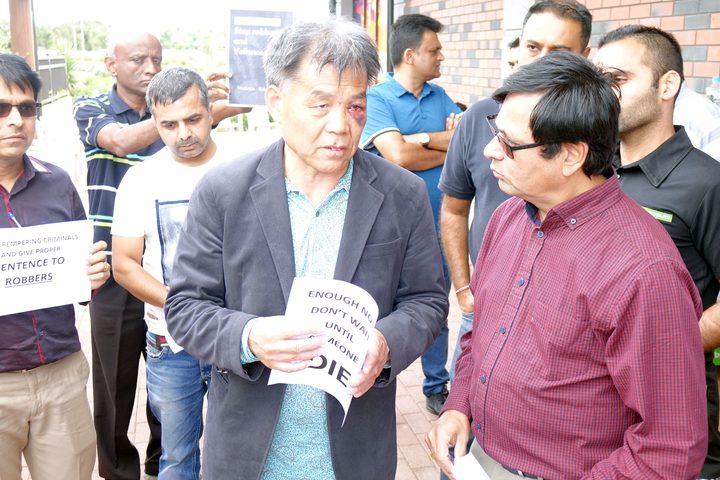 Hillcrest Minimart owner Mike Oh was confronted by three men early on Saturday, one of them hit him with a hammer causing an injury to his eye. Photo: RNZ / Andrew McRae

Local dairy owners are increasingly fearing for their lives after a spate of violent, aggravated robberies.

Two men were attacked in their shops in the past week - one with a machete on Wednesday and another on Saturday with a hammer.

An Auckland dairy owner was also robbed and threatened with a knife on Saturday.

More than 70 store owners met in Hamilton yesterday to vent their frustrations.

They say while robberies are reasonably common, they have now taken on a much more sinister nature because people are being physically attacked. 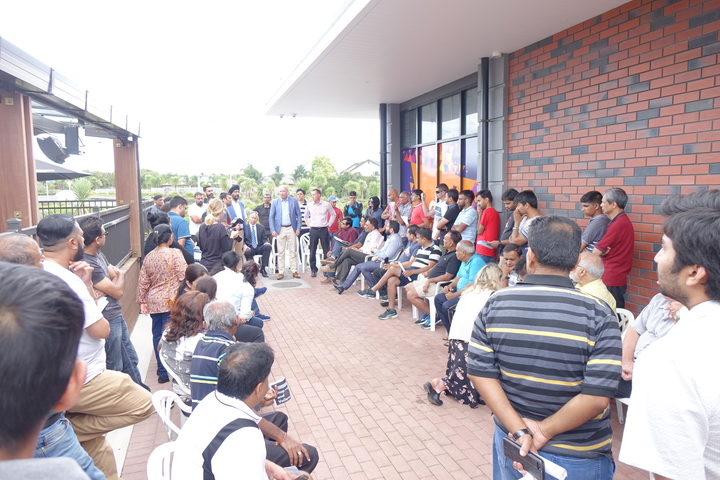 Mike Oh was in his Hillcrest Minimart at 5am on Saturday when three men confronted him.

"One guy hit me three times with a hammer and they wear a mask."

Mr Oh, who is originally from Korea, suffered an injury to his left eye.

His eye was "seriously bad" and he had to have a two-hour operation at Waikato Hospital.

Sandip Patel still has bandages on his wrists and a nasty head wound after being attacked at 8.30am last Wednesday with a machete.

"Little bit getting better but still sore on the hands and head as well," he said. 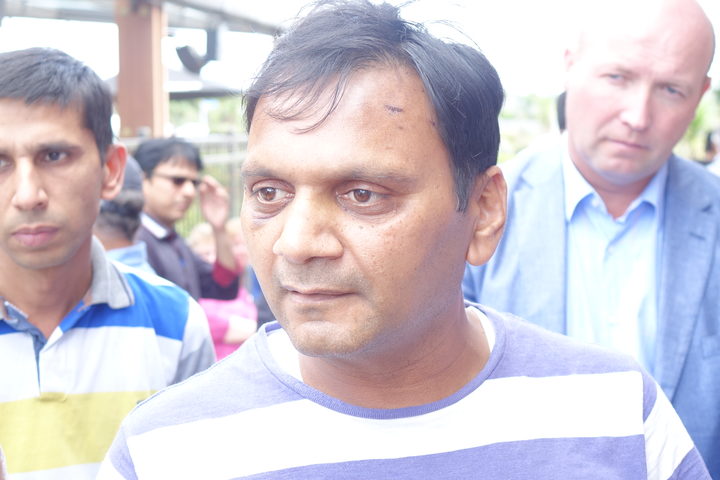 Sandip Patel still has bandages and a head wound after being attacked with a machete last Wednesday. Photo: RNZ / Andrew McRae

Cigarettes and cash were the targets in all of the robberies.

Shivam Pandya said laws must be made tougher to act as a deterrent.

"By pampering all the criminals and all the robbers, this is not the way we need to treat these guys."

He said if society wanted change then those who committed the crimes needed to be in jail for at least six months or one year.

Richa, who has family working in local shops and is fearful for their safety, agrees stricter laws are necessary even if those carrying out the robberies are minors.

Savita Khattar owns a superette in Dinsdale. Her shop was robbed last year.

She is fearful everyday she goes to work and has upped security.

"Every second we have eyes around with a camera."

Mrs Khattar said she had also hired two men and one was always sitting outside the shop. 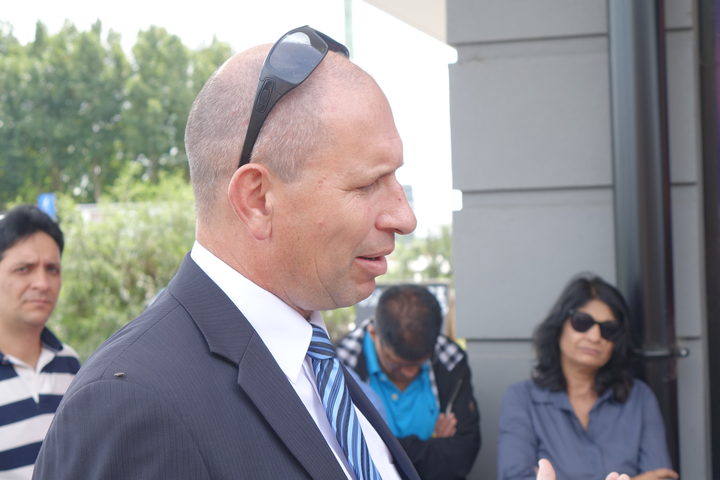 Detective Senior Sergeant Nigel Keall told the shop keepers at the meeting that it was a police priority to keep them safe. Photo: RNZ / Andrew McRae

Rupali Thakkar recently started working with her husband in their superette near Rototuna.

"I support him in his business but now I am scared and I am thinking, is it safe to do this."

It was decided to call on the government to pay for cigarette vending machines in all stores.

Manish Thakkar, who was one of the organisers of the meeting said this would deter robberies, but more needed to be done.

Mr Thakkar said not selling cigarettes was not an option because it made up about 60 percent of a shop's income.

The people committing the crimes had no respect for life or property, he said.

"They are under the influence of drugs or they are just doing it for the sake of getting money."

Most of them did not want to work, he said. "If they got jobs they won't do such things." 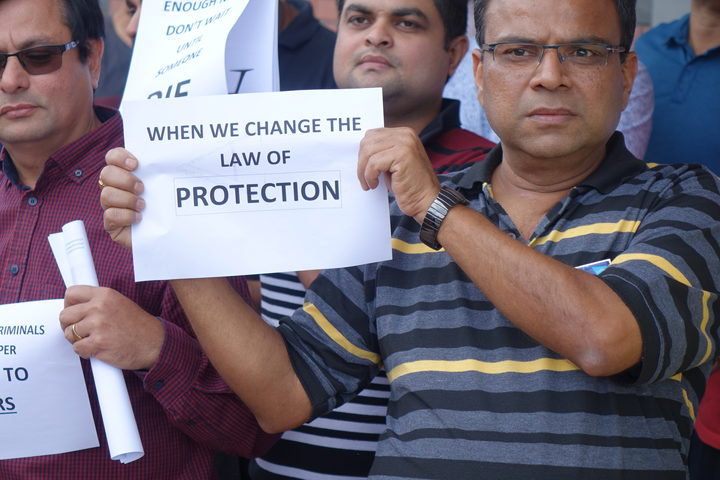 Police were closely questioned at the meeting about what they were doing to stop the robberies and catch those who commit them.

They told the shop keepers that they were working very hard to keep them safe.

Two local MPs, David Bennett and Jamie Strange, agreed to work closely with the shop keepers and to take their concerns to Wellington.

Labour list MP Jamie Strange said he would lead a delegation to the ministers of Justice and Police.