Residents sick of seeing toilets being emptied into Wellington's harbour do not want more space made available for freedom campers on the capital's waterfront. 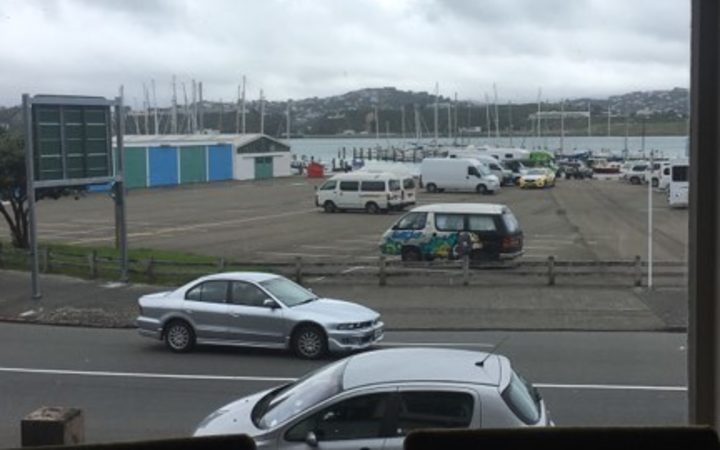 New Plymouth and Queenstown have recently clamped down on freedom campers.

But in Wellington, the city council wants to make an extra 30 spaces available in the carpark at Evans Bay Marina, near the city centre.

The overwhelming majority of the more than 60 residents who submitted to the council have supported the extension.

But at the council meeting this morning that support was not evident.

Resident Sarah Boddy is among the small but vocal group of residents opposed to the plan to increase the number of freedom camping spots in Evans Bay to 76.

There were already problems with rubbish, people overstaying and campers pouring the contents of their toilet into the ocean, she said.

"Sadly for me, I've had the joy of seeing someone take their potty from their campervan and empty it into the sea - it's not on.

"What makes me really sad, is one of the residents who was directly over the road, that was their view, that's what they looked at.

Mike Woods has lived in Evans Bay for 20 years.

"You guys have got land around Wellington that you could actually utilise to make a really good facility for these freedom campers.

"I've got no problem with it - but the problem is, it is in our backyard, and the users of that backyard can't use it anymore. That's not fair."

Eastern Ward councillor Simon Marsh said some campers had let themselves down.

"This is Wellington space, this is the resident's space and when visitors come to your space, you expect them to treat it with some respect.

"It looks as though we're going to have to police that if those freedom campers are going to be using that space in the future."

They needed to look harder for another space to allow camping, Mr Marsh said.

However, the Motor Caravan Association said it was the right location and the expansion would help meet demand.

"In addition to relying on the bylaw provisions to govern the use of the site, we believe clear signage, disseminating consistent information to visitors, through the likes of NZMCA, Rankers and Campermate and a robust enforcement/educational regime, will go a long way to minimising any perceived adverse affects."

Councillors will continue consulting for a few more weeks and a decision isn't expected for months.