A decision to throw the doors open to freedom campers in New Plymouth has backfired and is putting a popular reserve and surf spot under pressure, residents say. 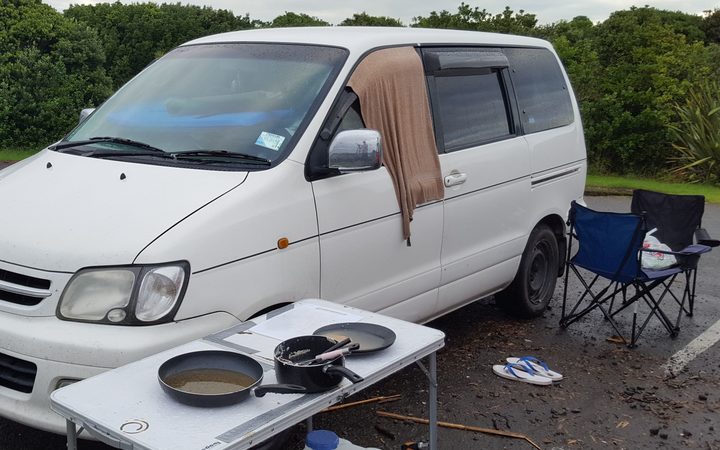 The Waiwhakaiho rivermouth has been overrun by up to 100 vehicles a night since a new and more relaxed freedom camping bylaw was introduced late last year.

On Tuesday, amid the North Taranaki drizzle, about 60 freedom camping vehicles were parked up at Waiwhakaiho.

About half a dozen tents had also sprung up on the reserve and there were two port-a-loos. 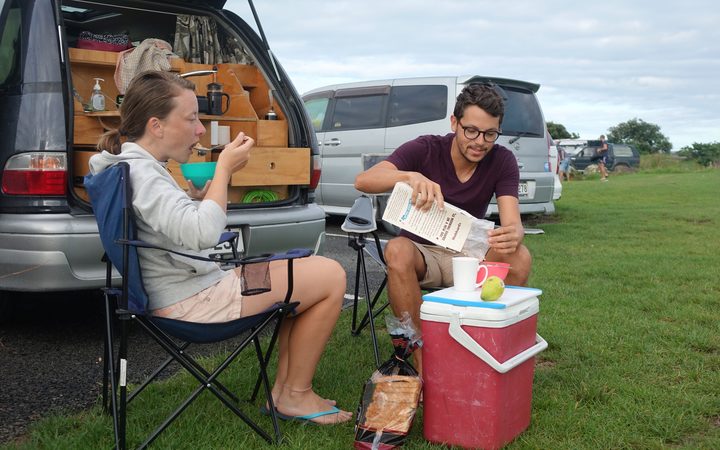 New Plymouth surfriders club president Daisy Day said it was becoming increasingly difficult for surfers and other casual visitors to find a park at the reserve.

"Well, the open slather approach certainly hasn't been working. I think [the council] were clutching at straws wondering how to do things.

"Again it's that factor where we are being outed out of our own playground so to speak."

Ms Day said frustrated surfers were beginning to take things into their own hands.

"I've heard of a couple of incidents where people are just rapping on the doors of the cars or of the windows of the cars and saying 'please, can you just move? We're out surfing and you're not' type of thing."

Ms Day said the majority of the freedom campers were willing to share, but they had taken over the place. 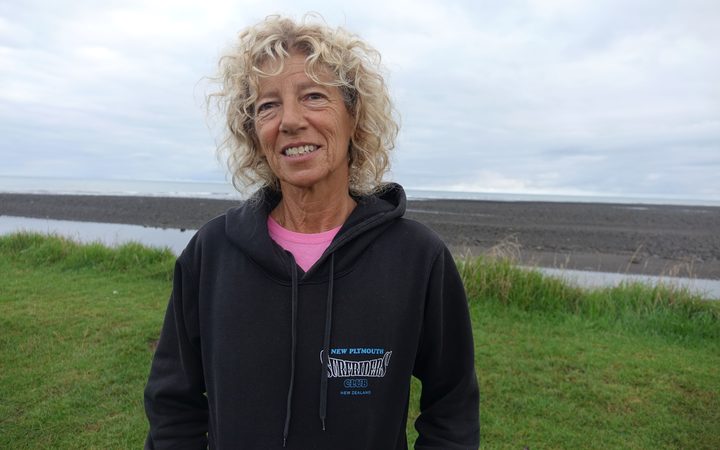 Another local, Ted Burrows, who was out walking his dog, said the situation had got worse since the Kaikoura earthquakes and Lonely Planet's endorsement of Taranaki.

"We're even getting caravans pulling. They've got their washing up on lines. They've got all the kids bikes all lined up and they park up for three or four days. Free holiday ... we in New Plymouth here are being seen as a soft touch."

Mr Burrows wanted all camping banned at the reserve.

"People come down and walk their dogs and to see it overtaken like this ... it has to stop."

A Thai tourist, known by his nickname 'Gump', said it was no suprise Waiwhakaiho was so popular with freedom campers.

"There are so many carparking area and there are very nice toilets too with the flush. I think that is kind of ideal for the backpacker. We want to stay in a free campsite and have a flush toilet.

"There's also a cold shower so we are not surprised there's lots of people because it's a very nice place." 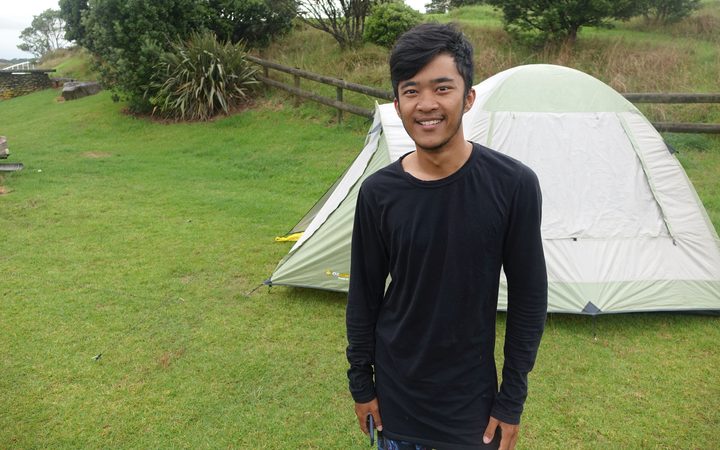 Thai tourist, Gump, says the facilities at Waiwhakaiho are excellent and he can understand why it is so popular. Photo: RNZ / Robin Martin

Gump thought the freedom campers were good news for the local economy.

French visitor Anne-Laure Tusseau heard about Waiwhakaiho via the Campermate app and expected it to be busy.

She could see why locals might find the number of freedom campers disturbing.

"I could understand because I think in the morning there is no space to park so it's obviously a problem."

Ms Tusseau said she would understand if a limit was put on the number of freedom campers.

New Plymouth mayor Neil Holdom said Waiwhakaiho was just one out of about 25 freedom camping sites in the district and its popularity this summer had caught the council on the hop.

"We'll be looking in reviewing the bylaw to put in some kind of limits to make sure our locals have access to the facilities."

But that did not wash with walker Andrea Hareb who could not understand why the council needed to wait for the review, which was scheduled for March or April.

"They know what's going on, how long do we have to leave it? Hell, I think we can all review it right here right now. Why do we need to wait to review it? We can see exactly what is going on."

In the meantime, the council had installed two port-a-loos, increased rubbish collections and monitoring of the reserve at a cost to ratepayers of about $6,000 over the summer.

Money well spent, according to the mayor.