In a surprise move, the council has scrapped an existing ban on freedom camping in vehicles without toilets and tossed out proposed limits on the number of motorhomes at sensitive sites. 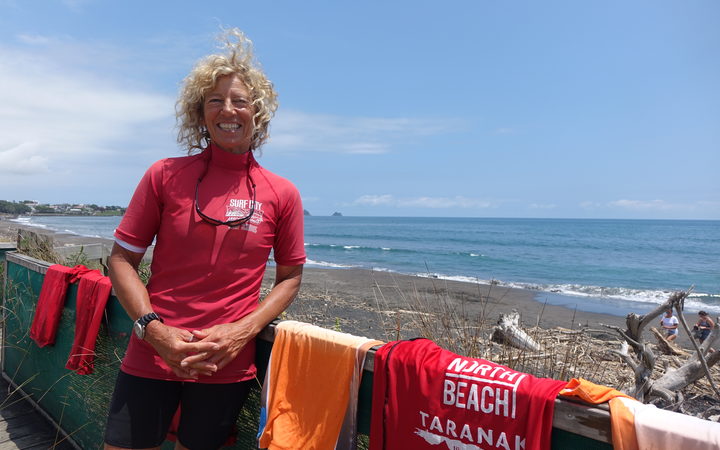 Peter Crawford, who leases the Fitzroy Beach and Belt Road motorcamps from the New Plymouth District Council, was horrified the council had rolled out the welcome mat to freedom campers.

He was worried about the impact of the open-door policy.

"My biggest fear is long-term once our country and our region has been laid out and explored and over-run - sort of used and disposed of.

"Longer term will people still want to come back and will the residents want them back?"

Mr Crawford said the council's approach would attract the wrong type of tourist and risked a public backlash similar to that experienced in the South Island.

"Eventually our residents will say 'enough's enough, lets close up.

"Some councillors believe we should be open for business but we already are.

"If they want to expose us then I think that is a problem because eventually our residents will say 'nah, we're no longer open for business. We don't want new people coming'."

Bernard lives in Kawaroa, an area popular with freedom campers.

A five vehicle limit had been proposed for the reserve, but now it would now be open to everyone all year long.

Bernard was not thrilled.

"You see all sorts of things. Like I mean there are toilets and showers there, but then it gets abused.

"You find lots and lots of rubbish around the place. There's a black rubbish bag in the middle of the pohutukawa and it's got camping rubbish in it."

Surfers are also baffled that the popular Waiwhakaiho Rivermouth has no restrictions.

"It's pretty chocka and there's very few surfers it seems to just be the people who know they can use that area to park and it's very, very congested so we're all fighting for carparks now." 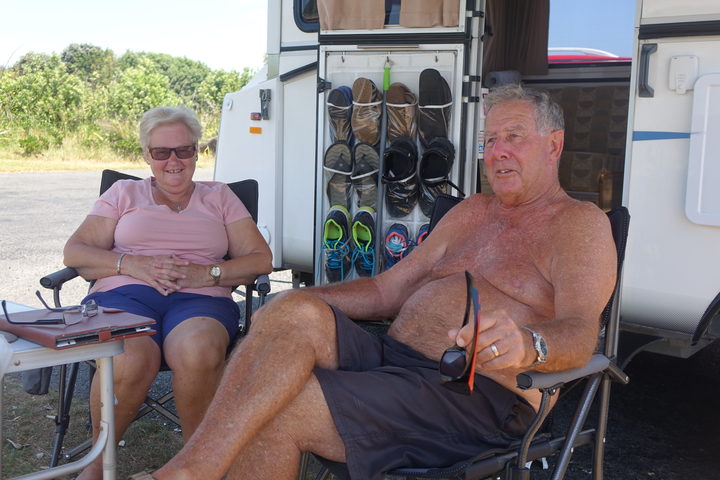 Warren and Jean Davis from Tauranga endured a sleepless night in their caravan at Waiwhakaiho and said they would not be going back. Photo: RNZ / Robin Martin

Warren and Jean Davis from Tauranga endured a sleepless night in their caravan at Waiwhakaiho and said they would not be going back.

"We believe the council has definitely made the wrong decision. There was a car next door to ours last night.

"They were obviously smoking dope because I could smell it. It was really sweet.

"I had a headache and didn't get to sleep until gone 4am, so sorry it's just wrong."

Councillor Shaun Biesek, who drafted the new freedom camping bylaw, said it was about preserving the Kiwi lifestyle for everyone.

"It's also for our local people so that if they want to go down and sleep in their vehicle and catch a surf or a fish the following morning or whitebait or whatever they can do that.

"It's not making what they are doing illegal which is what we have done for many years anyway."

Down at the beach, French freedom camper Shirley Sevegrand was happy about the move.

"That is very good because we don't have a self-contained vehicle so we always look for a park and it's not very easy to sleep everywhere. 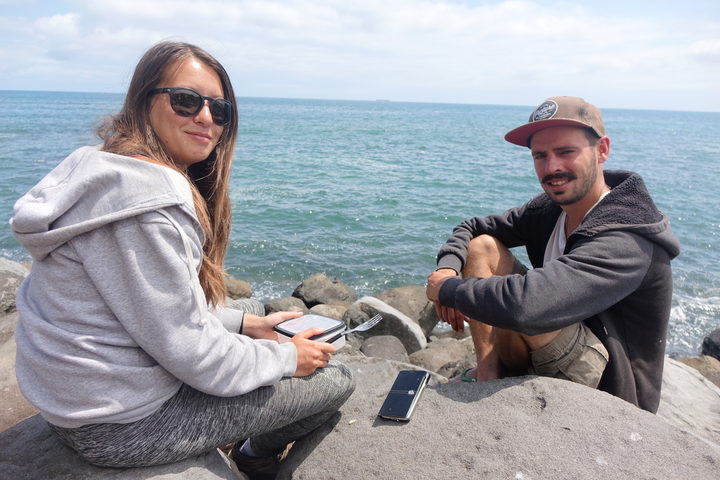 "Yeah so that's good news for us travellers because New Zealand is very expensive."

But Briton Adam Heason understood why people might want to ban freedom campers.

"To be honest people are taking advantage of the situation over here a lot. I mean we see campers all the time not looking after the environment.

"People that are non-self-contained that are just pouring stuff into the bushes and all sorts and I can see why a law need to be introduced to deal with it really."

The new bylaw only permits three-day stays and includes restrictions at three busy beaches during the peak season and these can now be enforced through fines.

It will be reviewed early in the new year.