New Plymouth has done a flip-flop on its open-door freedom camping policy, and apologised for an influx of campers at the popular Waiwhakaiho river mouth. 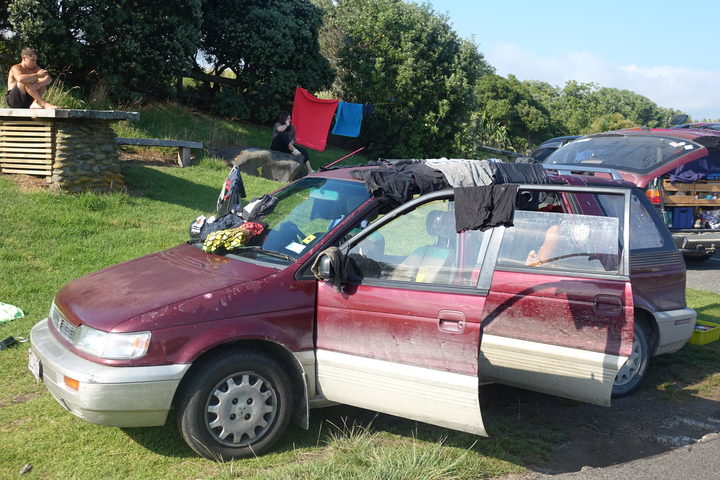 But a local campground owner is labelling the council's stance an unmitigated disaster that it should be ashamed of.

In a surprise move in December, the council ignored its officers' advice and relaxed its freedom camping regulations.

Since then Waiwhakaiho has been inundated with up to 100 vehicles a night, stressing the limited infrastructure and causing friction with some residents.

At an extra-ordinary meeting last night the New Plymouth Mayor Neil Holdom said the council had been caught on the hop and he was sorry.

"We have seen that in one particular area a high build-up of visitors and this has come at a cost to our environment and to our people.

"I wish to apologise to the members of our community who've been adversely affected."

Mr Holdom proposed using a clause in the freedom camping bylaw to ban the hotly-debated practice at Waiwhakaiho river mouth, and restrict it in the wider reserve.

He also wanted restrictions imposed at three other sites.

The apology did not wash with campground owner Al Rawlinson, who leases the Oakura Beach Holiday Park from the council.

"It doesn't comply with any of the campground regulations and I think you should be ashamed of yourselves being honest with you because it's an unmitigated disaster." 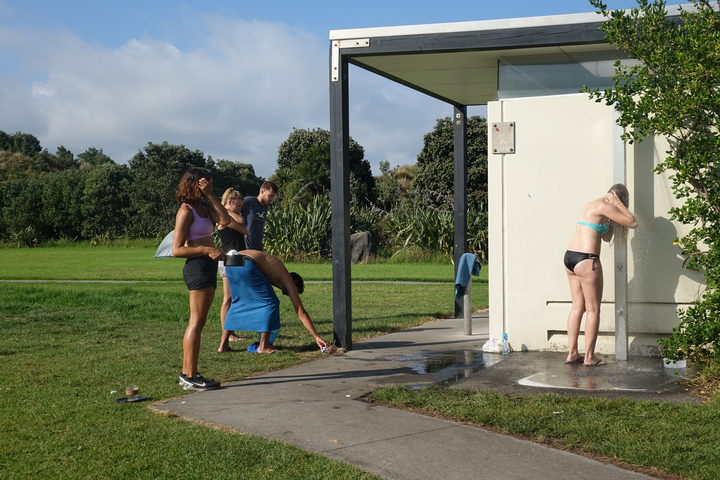 Travellers line up for the one outdoor shower at Waiwhakaiho. Photo: RNZ / Robin Martin

An emotional Mr Rawlinson said during a scorching summer, campgrounds in the district were nevertheless down about five campervan visits a night.

He said the mayor's recommendations did not go far enough.

"If you decide to just put sticking plasters over separate places like Waiwhakaiho there's apps like CamperMate.

"What will happen is that as soon as you close down Waiwhakaiho, Corbett Park will be the next one or somewhere else.

"So you have to make a conscious decision that do you want this to happen again or do you want to do something about it."

Mr Rawlinson added that if he ran a campground the way Waiwhakaiho was being managed - by the council - he wold be hauled before the courts.

The district council has received more the 40 complaints about freedom camping at Waiwhakaiho, ranging from overcrowding to people washing dishes in the public shower.

John "Robbo" Robinson, who had just come in from a surf, was not happy about the situation.

"We're just lucky all these people don't surf otherwise it would be getting quite violent."

Mr Robinson said parking was the most obvious problem he faced. 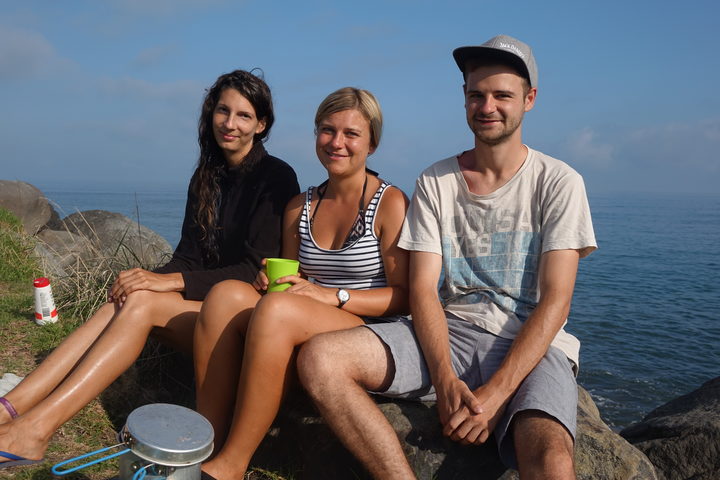 "That's what used to happen to us in New South Wales when I was young. The police would come and tell you to move off to a camping area. It's pretty straightforward."

"I enjoy watching all the young people getting up and having their breakfast and hanging out their washing and I say hello.

"I love coming through here on my way to work and it's always been tidy down here. I don't see any rubbish or anything that I'd be worried about."

French visitor Lily Trongneux could understand why people might be upset.

"Because lots of people don't respect rules and because of this person soon in New Zealand it will be difficult to stay on free camp."

But Londoner Joe Humphries could not see what all the fuss was about.

"I mean it's a beautiful camping spot I don't think it's overcrowded. I think there's just enough people and there's plenty of space for everyone.

"I don't think people go away looking for space. I think it's really niece people get to enjoy this for free."

The council adopted the recommendations which come into effect on Saturday, and will until April when the freedom camping bylaw will be reviewed.