Work is underway to ensure popular freedom camping spots in Central Otago are ready to cope with the expected influx of visitors over summer. 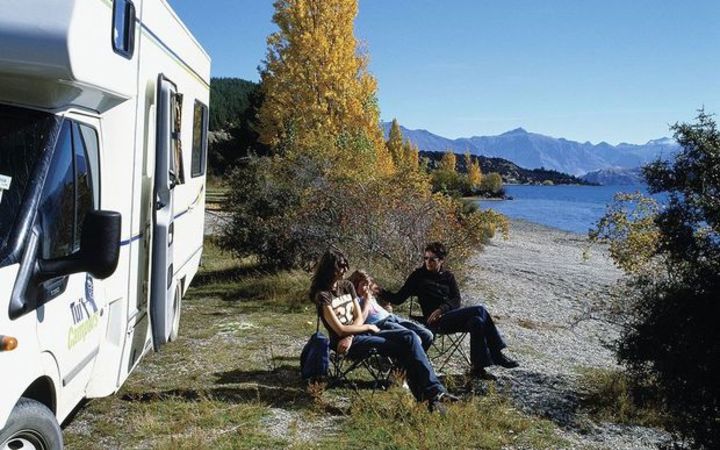 Queenstown Lakes District mayor Jim Boult said the council wants fewer people who are disrespecting landscapes, leaving waste and rubbish, and doing their very best to avoid paying a cent while they are here.

"Frankly, we don't want them. We do want visitors who appreciate and respect our area, who are here to support local businesses and spread the word when they get back home. Such guests account for the overwhelming majority of visitors to our region and we welcome them with open arms."

He said the council had geared up this summer to help manage an expected influx of freedom campers.

Mr Boult said a number of activities were underway to help deal with the continued growth in visitor numbers, including ramping up freedom camping patrols and making some big changes to parking at Lake Hayes this summer.

Staff at the Queenstown Lakes District Council are installing a new gate and fencing at Lake Hayes, including sign posts to direct where self-contained campers can stay overnight.

This will stop campers spreading out across the reserve, allowing better access for local lake users.

The gate will open at 5.30am each day so all beach users can park close to the main beach, and it will be locked at 10.00pm. Any vehicles left parked in the restricted area after the gate is shut will be issued a fine under the current rules for this reserve.

On top of these changes council staff will keep a close eye on freedom camping hot spots with patrols doubling this summer across the district.

Mr Boult said the council had increased morning and evening freedom camping patrols in both Queenstown and Wanaka.