Evans Bay residents are taking a stand against the Wellington City Council's plan to extend the space allocated to freedom campers. 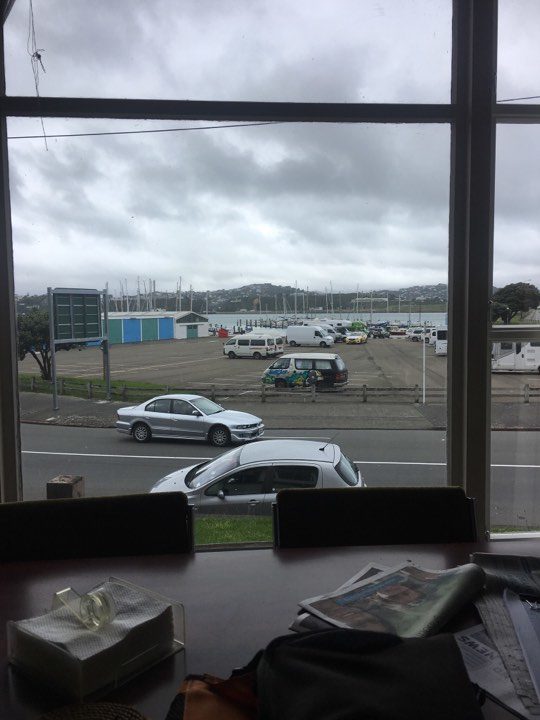 The council is proposing that the current 46 car parks allocated for freedom campers on the marina be upped by 30.

But residents said they want their backyard back and were fed up with seeing campers getting dressed in public and doing their laundry.

Evans Bay resident Paul Yardley has lived in his home for more than 30 years and said the thing he loved most was the view of the harbour from his dining room window.

But he said in the last five years the only view he had seen was strangers going about their everyday routine.

"We sit here on a daily basis seeing them get dressed in the morning because there's no room in the van.

"They do the washing and the waste water gets thrown on the ground, they ... clean their teeth and they spit ... I've got photos of it."

Mr Yardley said he was outraged to find out the city council was considering extending the area for freedom campers without initially informing him or his neighbors.

He said the council had continually ignored or failed to address his complaints and said the freedom campers got a free run at ratepayers expense.

"Their interests go above the interests of the rate payer.

"We don't want it here, it's actually taken away all the utility area [and] that was a public space. It's just changed the neighborhood."

However, freedom campers said they did not understand what all the fuss was about.

A few campers who were parked up on the marina said they were always mindful and respectful to local residents.

One camper from Germany said they did not do any harm and kept to themselves.

"I can't understand because we are very quiet - the airport is much louder than we are here. It's just a parking lot. We don't drop ... rubbish there's nothing to worry about."

But local resident Mike Wood has voiced his objections to freedoms campers on the marina with the council on numerous occasions.

He said the area can no longer be used by locals who want it as a space for recreational use.

"This is the only area of flat land with a bit of tarseal that kids can go and use for skateboarding [and] cycling. Even the local rugby clubs when the grounds are out come out and use it at night time.

Well they can't use it at night time if it's full of campervans or even during the day."

The council's recreation and parks planner Joel De Boer said security regularly checked the area for campers who overstayed their four-day limit and checked whether anybody was causing a disturbance.

Mr De Boer said the area was also restricted to vehicles that were certified self-contained but said sometimes those boundaries were broken.

"I suppose they do live on the coast and I suppose there are times when whoever is living on the coast are going to see people who are changing whether they're swimming... but it's not acceptable behaviour and if that's the case we need to do something about that."

The Wellington City Council said the plans would open to consultation from 7 November until early December.