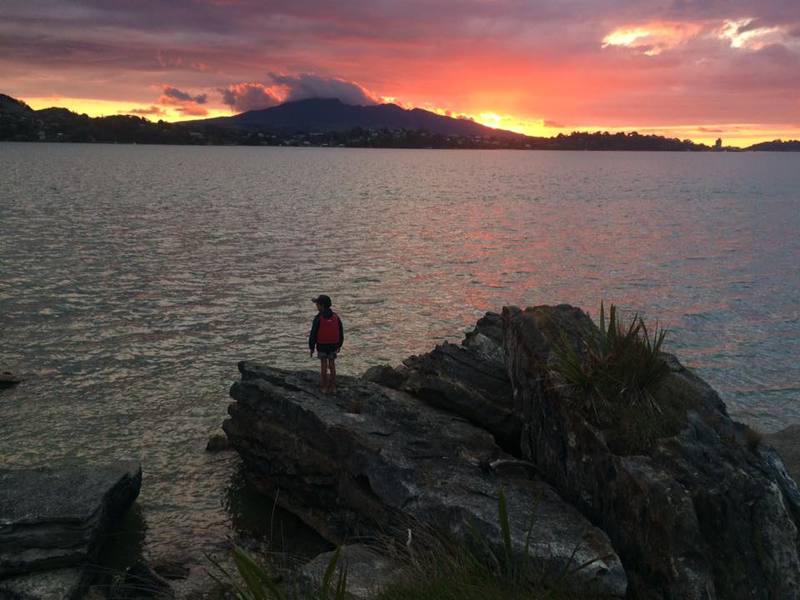 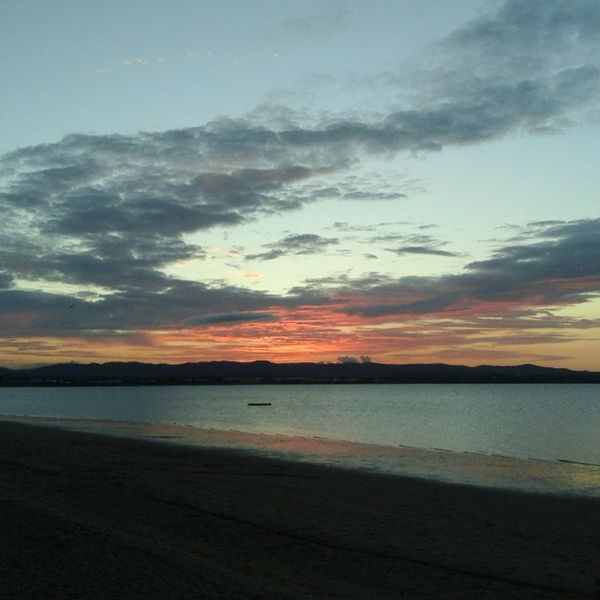 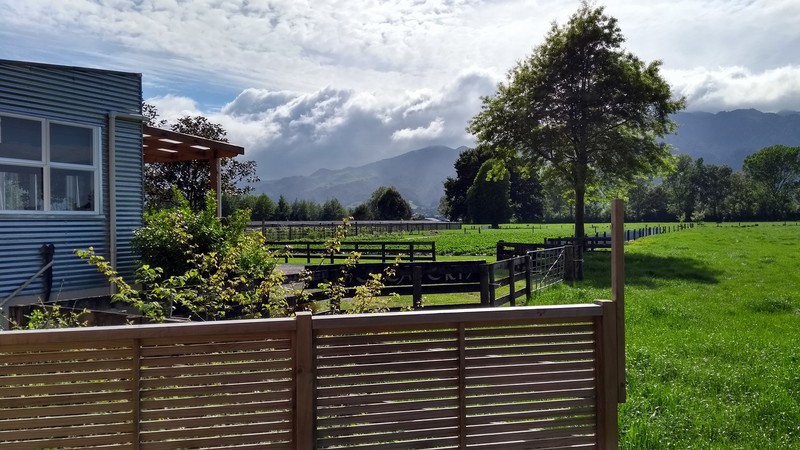 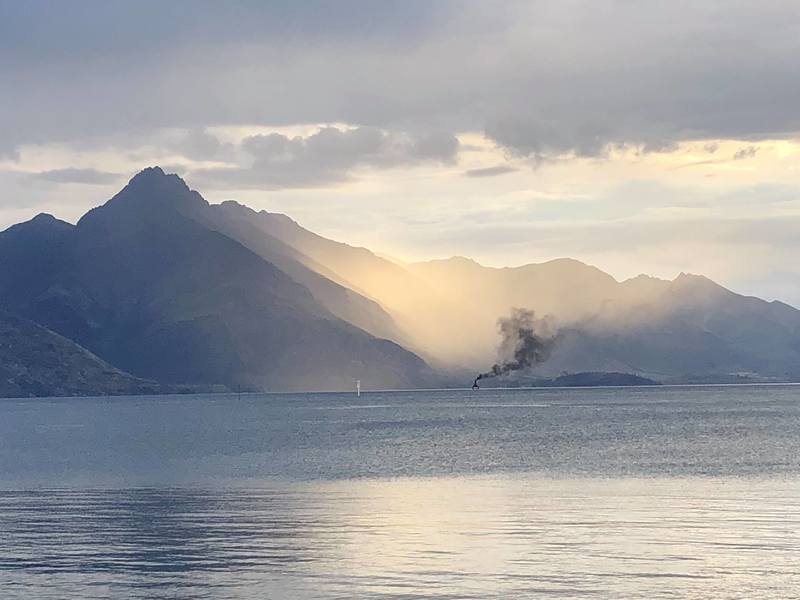 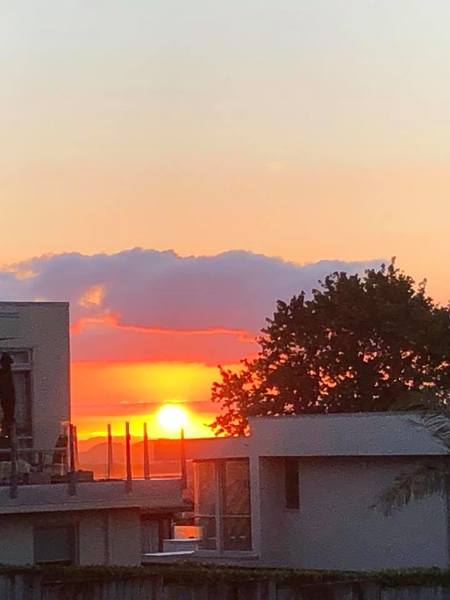 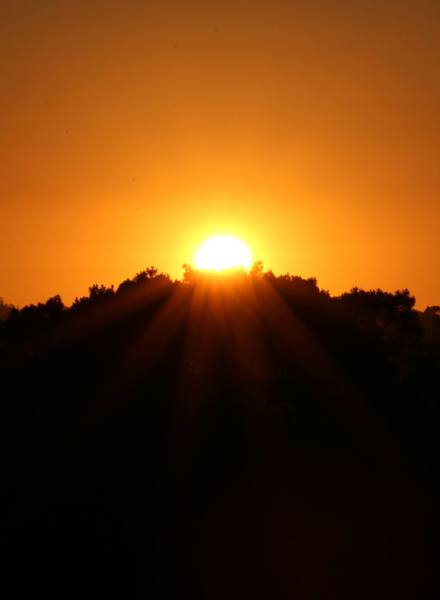 Glenn Murphy says there's been no weird weather in Whangaparaoa, but he did manage to capture this scorcher of a sunset. Photo: Glenn Murphy 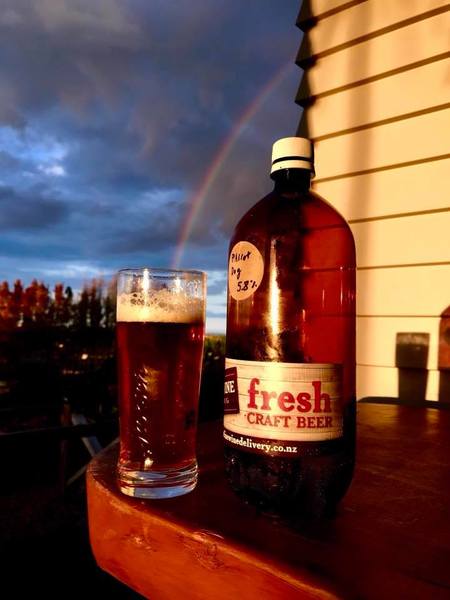 But this year, it's been more than just a date on the calendar. There has been days of mid 20°C conditions, with Lower Hutt hitting 31° this afternoon, according to MetService's website.

Niwa said Wellington had received its normal annual rainfall by 29 September, however more recently it has been on a "rather remarkable" 24-day dry spell.

A sprinkler ban has been in place for a week but some people seem to have missed restriction notices because usage continues to outstrip supply.

According to Wellington Water's zone meters, the worst offenders are the leafy suburbs of Eastbourne, Linden, Churton Park and Seatoun.

One long-time Seatoun resident Bev Gilby said she has taken the water shortage to heart and isn't even using her hose on her thirsty garden.

"It used to be a beautiful green lawn ... but there's nothing to mow now, it's gone.

Wellington Water spokesperson Alex van Paassen said the freakishly early summer meant the region was already having to tap into its storage lakes at Te Marua in Upper Hutt which were not usually needed until February.

"That is just super early really, for us to be dipping into those water savings."

If water levels continue to plunge, the regional council could ban all outdoor water use, including car washing and filling swimming pools.

Rain is forecast for Sunday but Mr van Paassen said it was unlikely to relieve the water shortage as rainwater coming after a long dry spell was usually too dirty to treat.

Temperatures remaining well into the teens tonight. Not much relieve from the warm day. ^GK pic.twitter.com/3OZgXOmT1I

And while it was unusual weather for now, extreme events would become more common in the decades to come.

Meanwhile, Niwa is forecasting more of the same for the rest of summer, thanks to the weather pattern, La Nina.

Much of New Zealand sweltering

Regions left parched by the hot, dry weather across the country can expect little relief as two fronts are set to hit the South Island over the next few days.

Temperatures across New Zealand continue to soar, with highs in the mid to high-20s in all the main centres expected today and tomorrow.

However, a total ban on hand hosing in the Southland town of Gore will be lifted at 7am tomorrow.

Hosing by hand is still restricted to between 7pm to 9pm, on odd or even days, depending on house numbers.