Regions left parched by the hot, dry weather across the country can expect little relief as two fronts are set to hit the South Island over the next few days. 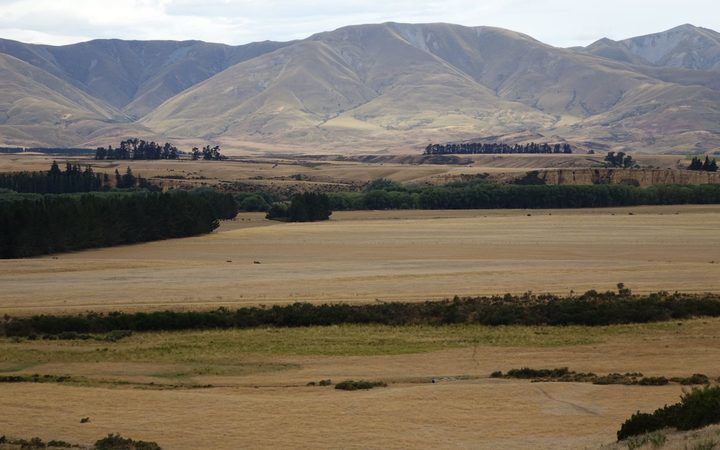 Temperatures across New Zealand continue to soar, with highs in the mid to high-20s in all the main centres expected today and tomorrow.

Warm temps and humidity remains over much of NZ for the next couple of days . Only the west & far south of the South Island fall below 20C on Sunday as a series of fronts turn the flow southwest. more at https://t.co/hnwmGxU1gR ^AC pic.twitter.com/iLpJ9C5vPH

MetService meteorologist Erick Brenstrum told Nine To Noon there was some rain ahead, but only for Fiordland and Southern Westland.

"We do have a front moving on the South Island tomorrow, and then a second front on Saturday and by the time that's all over, you may have had several hundred millimetres in Fiordland, perhaps half that in south Westland. Further north, in Buller, maybe 20-30mm.

"A little bit gets into Southland, parts of central Otago, but the rest of the country gets very little as these fronts cross over by the end of Monday, and then that's followed by another anti-cyclone.

"So for a lot of the country, not much relief, and we do still expect the high temperatures in the eastern areas particularly over the next three days."

Mr Brenstrum said he had been a meteorologist for 40 years and could not remember seeing a November like the most recent one, with both high temperatures and large thunderstorms.

"It does strike me and my colleagues as extremely unusual."

Another warm, muggy night is in store for many tonight. For forecast maximum and minimum temps in your area check out https://t.co/hnwmGxU1gR ^AC pic.twitter.com/65rrYdUTVx

The parched weather has got farmers worried about having enough feed to carry through to the summer, while some growers who rely on irrigation, water reserves and aquifers have gone into rationing already.

The dry weather has arrived earlier than usual, causing fears of drought in regions right across the country, including ones that aren't normally affected.

Horticulture New Zealand president Julian Raine said the problem was from one end of the country to the other.

He said Southland and Hawke's Bay were seeing the worst of it at the moment.

"It's not so much the impact of being dry, because we expect it to be dry at certain times of the year. It's the fact of the earliness of it happening"

He said there was so there was too much rain in the winter and early spring, and now the "off-switch" for the rain had been turned off.

Central Otago farmer Andrew Patterson told Nine To Noon the heat was intense in his region, with the thermometer reaching 25 degrees before 8am today.

Mr Patterson - who is also Federated Farmers' Central High Country representative - said a lot of farmers were abandoning stock work in the afternoon because it was getting too hot, and starting earlier in the morning.

He said the dry weather was expected every year, but it was about a month earlier than usual.

"We've had very little rain through the spring, we've got a lot of good healthy lambs on the ground, but now the issue is going to be how are we going to feed them going forward. So we've already started making moves to shift stock further towards the mountain range which has been getting more rain and taking them out of the dry areas."

Mr Patterson's farm did get some rain from last month's thunderstorms in the region, but it had been so localised that many of his neighbour shad missed out completely. However, it had been nothing but hot days ever since, and that moisture was now all gone.