Southland has not had such a long dry spell since 1990 and is tracking towards its driest year on record, the regional council says. 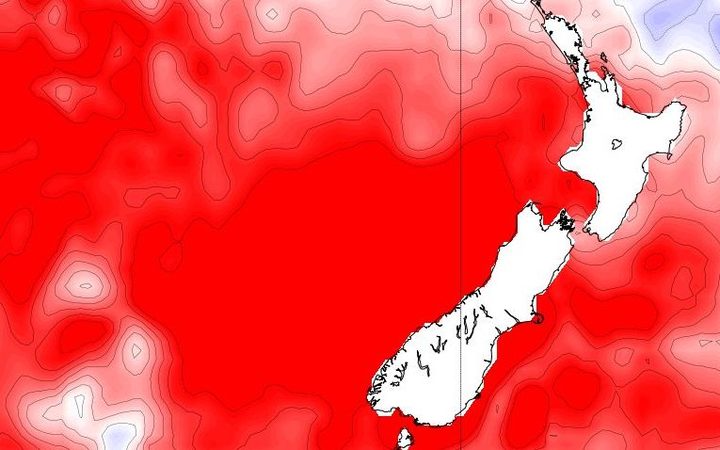 Environment Southland said the region had only got 81 percent of its usual rainfall this year and there had not been a dry spell like it since 1990. It was worried the water levels in underground aquifers were very low, and already low river levels could drop quickly if the dry conditions continued as forecast.

The council said Southland was on track for its lowest year of rainfall since monitoring began 40 years ago.

It was warning farmers and households who relied on aquifers for water supply to keep their bores well maintained and have a back up plan.

And sprinklers and garden hosing have been banned for two days in Gore after a water pump broke down.

It had immediately banned unattended hoses, sprinklers, garden irrigation and hand-held hoses and was calling on the public to be sparing with water.

It had enough water stored for two days but it would take that long to fix the pump.

It was also warning residents they might get discoloured tap water because of lower reservoir levels, and if that happened, they should run their taps until the water went clear and let the council know.

Auckland's record use of water

In Auckland, the city used 494 million litres of water on Monday, breaking the city's consumption record.

Watercare said the hot December weather was to blame and while it was asking Aucklanders to conserve wherever possible, it also said the city was not at risk of running dry.

For context, 494 million litres of water is just over 197 Olympic-sized swimming pools worth.

Open air fires are likely to be restricted across Christchurch and Selwyn in the coming days.

Towns in Canterbury are already reaching 30 degrees on some days, and last month was the driest for more than a century.

Mr Woods said residents should not light fires or use fireworks, and ensure dry vegetation around homes was removed.

While meteorological #drought is NOT occurring anywhere in New Zealand at this point, several "extremely dry" areas about the country. These include parts of the #Wellington-Wairarapa region and lower Manawatu-Whanganui.

Meanwhile, the Tasman District Council said water restrictions would come into force from Monday in parts of the district.

It said stage one restrictions would apply to urban users and growers on the Waimea Plains, even with rain forecast for the weekend.

Stage one restrictions meant a cut in use by 20 percent.

Water levels in the Waimea River had dropped to levels that had triggered the need for rationing.

The restrictions would apply to households in Richmond, Mapua, Ruby Bay, Brightwater, Wakefield, and Hope.

Areas around Motueka were also getting very dry, and the Anatoki Salmon Farm in Golden Bay was on restrictions.

Some Wellington trains were cancelled this afternoon after heat buckled the tracks.

Services between the city and Plimmerton were forced to stop for two hours due to safety concerns.

They had resumed but trains were travelling slower, as the track was still being repaired.