After six months of black and gritty water, Tamatea residents feel they are being ignored and neglected by the Napier City Council. 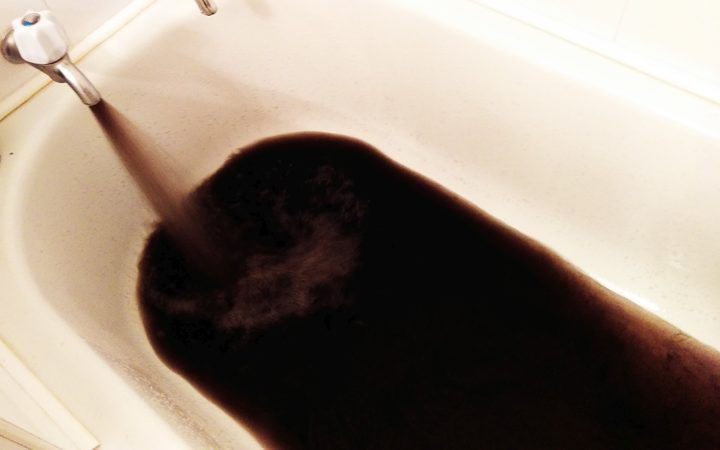 An example of the black, murky water running through some residents' taps in Tamatea. Photo: Supplied.

The city's water woes have been highlighted over the past few days, with many residents experiencing murky water running through their taps.

The council has said the water is harmless and the problem has already improved, thanks to the flushing of the water system.

However Tamatea resident Lisa Harvey said they had been suffering for six months.

"I've got a brand new washing machine, which has got a filter in the back of the machine.

"Every two days we have to go behind the machine, take the pipes and filter out and rinse it, because the machine won't go because the water is not getting through," she said.

She had to pay a plumber to fix her machine the first time it broke, which the council refused reimburse her for.

While the council had always been polite and responded quickly, after six months of constant issues, it was not good enough, she said.

Another resident Stephanie Day said she had been left with a hefty plumbers bill as well, as the grit has built up and ruined the shower mixer.

"We've had to have that replaced and I talked to the plumber this morning, he said he'd never seen anything like it."

She was now looking at having a house water filter system installed.

"This is beyond a joke, we're now looking at around $2000 just to have clean water in our house.

'We know this is a huge frustration to residents'

The Napier City Council has confirmed it has had a number of service requests from the Tamatea area.

"We're providing maintenance staff very quickly to anyone calling in on a 24-hour a day number with any water issues whatsoever. We know this is a huge frustration to residents and we do sympathise," a spokesperson said.

However, the council said the quality still fell within drinking water standards, even if it did not look that way.

Its infrastructure manager John Kingsford said the new bore installed over the winter could be causing problems.

"We have been undertaking a lot of work over the winter period, which has lower water demand. We can afford to take bores on and off line and undertake critical maintenance work which does result in dirty water," he said.