Inland parts of the country will be hit by heavy thunderstorms today, with a severe storm watch in place across much of the North Island. 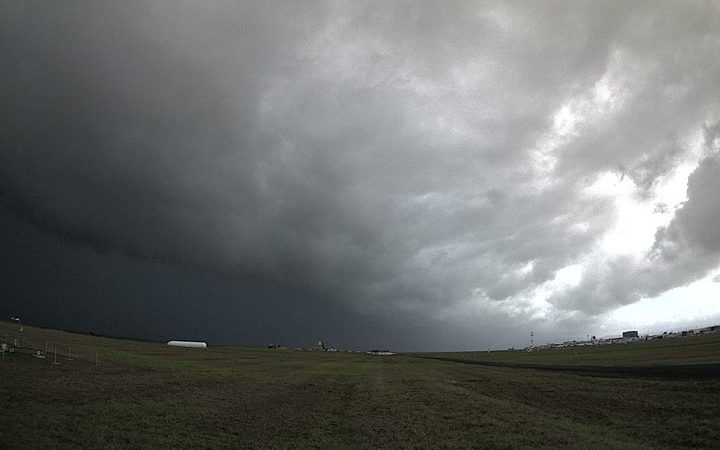 Thunderstorms could result in parts of NZ being drenched by up to 40mm of rain an hour, warns MetService. Photo: Twitter / @MetService

Parts of the country have been drenched by heavy rain over the past several days, with flash flooding in Central Otago.

More than 4000 lightning strikes were recorded yesterday - mainly on the eastern side of the North Island - and MetService said more were on the way this afternoon.

A second watch has also been issued today for Marlborough, Nelson, the Canterbury Plains, the Canterbury High Country, North Otago, Central Otago and Dunedin in the South Island.

Residents in the Central Otago towns of Clyde and Roxburgh are already cleaning up flooding damage from earlier downpours.

Scattered heavy showers and thunderstorms are expected in these inland areas today. MetService said there was a risk some of these thunderstorms could become severe, with localised downpours of 25mm to 40mm per hour, intense enough to cause flash flooding and slips.

People in all of these areas have been told they should be on the lookout for threatening weather conditions.

The late spring anticyclone responsible for the weather is also producing calm, sunny spells in other areas of the country, including Auckland, Christchurch and Dunedin, with highs of more than 20 degrees recorded in most of New Zealand yesterday.

In Wellington, the MetService forecast is for 10 days of sunshine in a row. The warm situation has seen a spike in water use in the capital, and city residents have been asked to reduce their water consumption.