Power has been restored to the Central Otago town of Roxburgh, which was hit by flash floods that knocked out electricity and water. 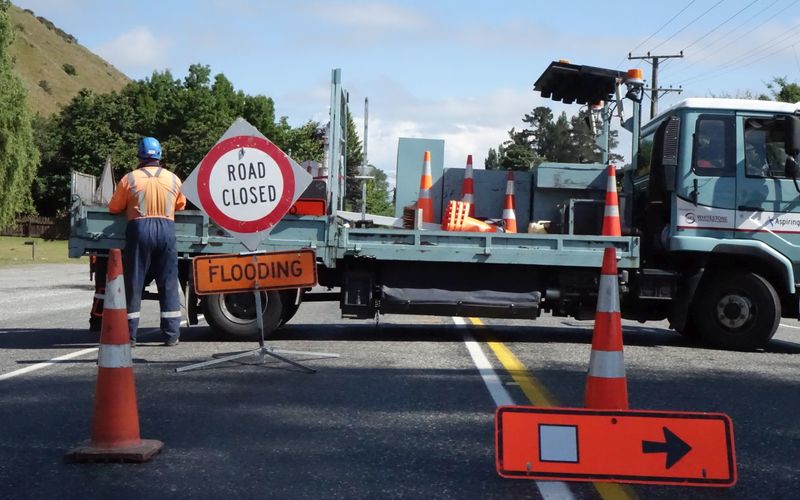 A road block at Miller's Flat near Roxborugh. 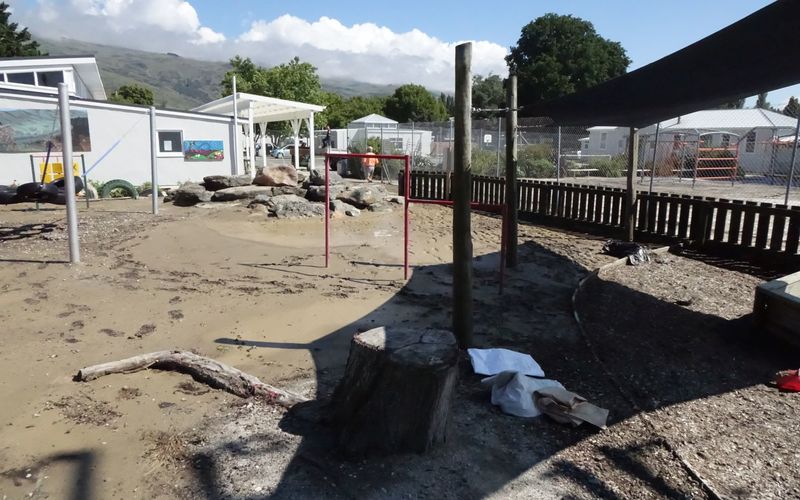 The aftermath of the flooding at Roxburgh Area School. 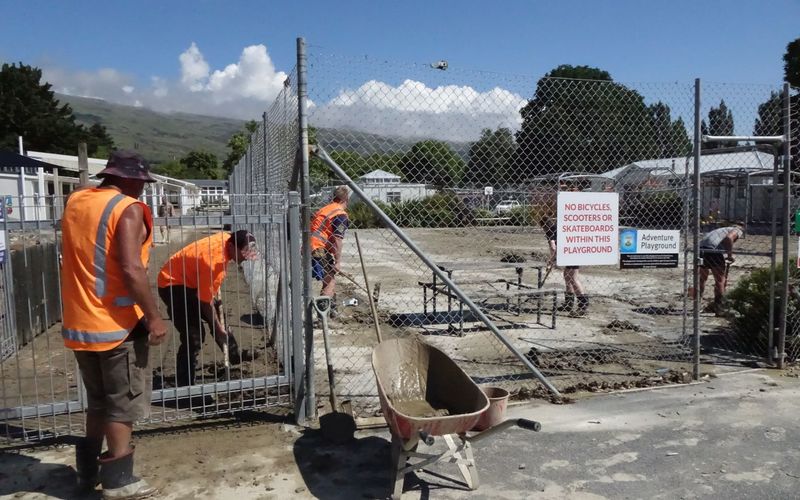 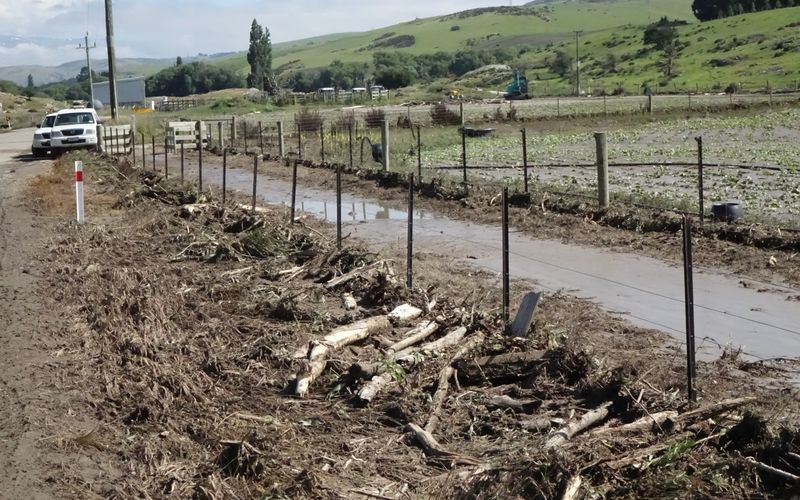 The town's school will remain closed tomorrow and at least a dozen homes were inundated with mud or water. Residents expect the town's drinking water and wastewater to be cut off until Wednesday at the earliest.

Power has also been restored and the Central Otago District Council mayor Tim Cadogan said it was lucky that no-one died and the clean up bill would be significant.

The town of 600 people was hit with 40mm of rain in just three hours yesterday. The water had nowhere to go, with bone-dry soil produced by months of dry weather.

Are you affected by the flooding? Send us an email: iwitness@radionz.co.nz

Earlier, Mr Cadogan said it would be days before a culvert blocked by rocks, mud and debris is completely cleared.

Further rainfall forecast today may cause problems for the township, he said.

Contractors were working to clear enough debris to allow water to pass through.

Tankers with drinking water are now at the town's fire station and 14 portaloos will be available from this afternoon.

In the meantime, residents have been asked to use buckets in place of toilets and were warned not to use their flushing toilets.

It said it was important in the meantime that hygiene was maintained.

The town's school has been affected by the deluge.

Roxburgh Area School principal Gary Pasco said it would remain closed at least until water supply was returned to the township.

Floodwaters had run through parts of the school with some classrooms and offices damaged.

Some senior exams were affected by the deluge. However, the school had found a temporary building to house them in while the school remained closed.

"The reservoir has emptied fairly catastrophically so it does appear a major pipe has been taken out by the flooding. The Roxburgh township the water is out, and in Lake Roxburgh village we would like people to conserve their water."

A welfare centre has been set up at the Roxburgh Service Centre.

In Millers Flat a car hitting a power pole last night blacked out more than 100 homes.

Roads in the area are covered with debris and police said people should not to use vehicles unless it is absolutely necessary.

Mr Cadogan earlier told Morning Report that until the cause of the problem was identified the council did not know how long it would take to repair.

The flooding had created "one hell of a mess", he said.

"I simply cannot believe the amount of rock and debris that's come down."

Roxburgh was backed by a large hillside that acted as a catchment during heavy rain, he said.

"[It] comes barrelling down Resevoir Creek and with it a whole lot of rock and silt."

Water had come into some of the houses that had been evacuated, he said.

"[In] one person's garage the silt's right the way through and it also went through the house."

One resident had told him three metres of water had passed through their house. 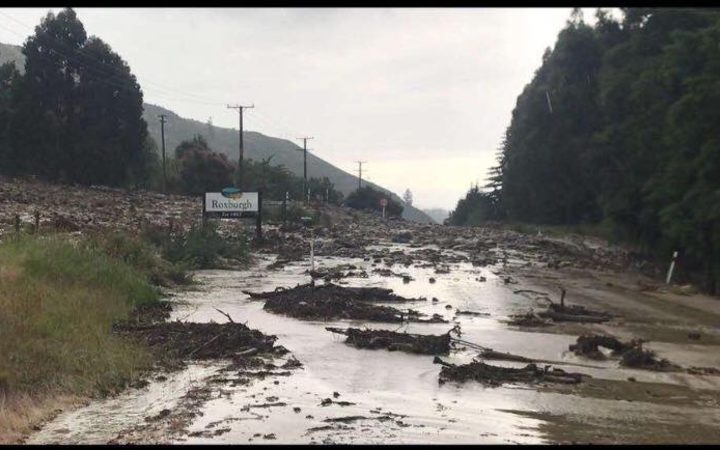 Several streets in Roxburgh were also currently impassable and people were advised to stay off the roads if possible.

State Highway 8 between Millers Flat and Alexandra remains closed in both directions due to surface flooding, and Teviot Road is also now blocked due to a slip.

Diversions are in place at the Millers Flat Bridge and the Roxburgh Dam.

Roxburgh is currently inaccessible from the south.

Police are advising people who need to travel to Central Otago from the south to consider using State Highway 87 and 85, or State Highway 6 from Southland.

Vodafone and Spark's cellphone networks are both down and some landlines are also down.