Roxburgh residents have described a "roaring and smashing" as rocks and silt came pouring down from the hills in yesterday's deluge. 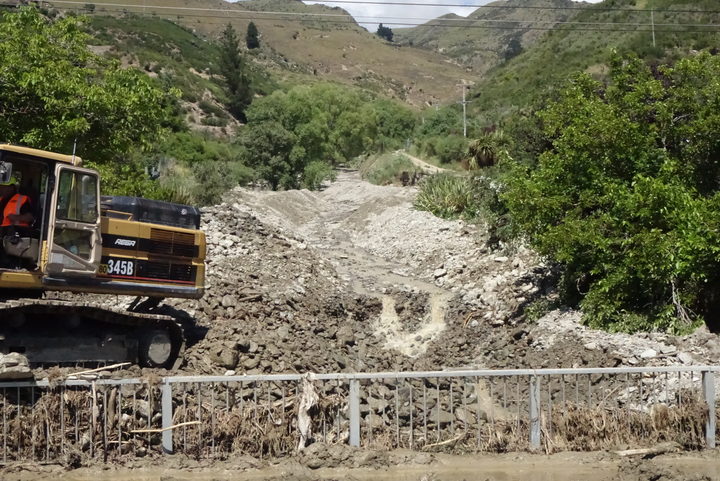 The town of 600 people was hit with 40mm of rain in just three hours yesterday. Roxburgh residents will now be without tap water or flushing toilets until at least Wednesday after the flash flooding.

Water, rocks and mud swept down from the hills above the Otago township, swamping a concrete culvert and sending water spilling over its banks.

Roxburgh resident Thomas Winiata, whose home borders the culvert, was among those evacuated when the flood swept through the street.

"[We were told to] grab as much as we can and get out as fast as we could," he said.

"It was quite scary. The rocks kept piling up higher and higher and then trees started coming down.

"Tonnes of [mud] just came down from the hills."

His family had spent the night at a friend's house out of the danger zone. 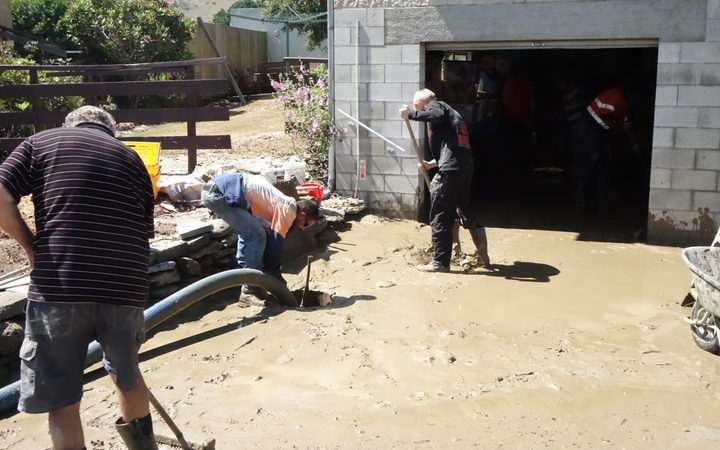 He returned home this morning unsure what awaited him. Luckily, his house had been spared any real damage.

"There's no water inside, just a little in our shed," he said.

He had never seen such a weather event in the town before.

"It's been flooded, but nothing like this," Mr Winiata said.

Another resident who lives near the culvert described the noise when earth moved down the hillside and into the culvert.

"It was just roaring. Roaring and smashing," she said.

Contractors today were working to clear the culvert, but it was unclear how long it would take and what infrastructure damage lay underneath.