Mate Ma'a Tonga's loss in the Rugby League World Cup didn't dampen the spirits of supporters, who filled the streets of Ōtāhuhu in Auckland to celebrate their team.

England led the Tongan team 20-0 until late in the game, when but a thrilling late comeback saw the Pacific nation team almost snatch victory.

The team scored three tries in seven minutes to pull the match back to within two points, with less than two minutes left on the clock.

But in the final play of the game, Tonga were controversially disallowed a try. The decision not to review a knock-on prompted some Tonga fans to call for protests.

However, the mood immediately after the match at Mount Smart Stadium was one of celebration, as Tongan supporters filled the sidewalks on Atkinson Avenue in Ōtāhuhu.

Rosalind Lupina and her family were among those joining in.

"We've been following them all the way. It makes you feel even more special to be part of the Tongan culture." 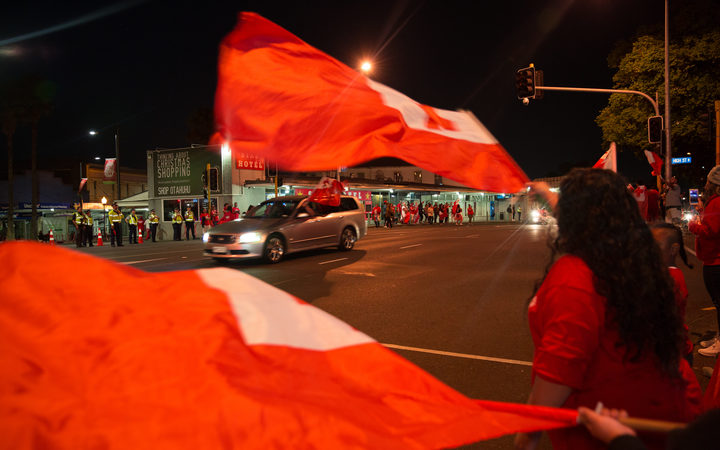 Eighteen people were ejected from Mount Smart stadium for drunkenness at the match between England and Tonga, but the police said the atmosphere was friendly and festive.

Extra officers were deployed to help manage crowds in South Auckland and the police believed this helped them keep a handle on celebrations.

England will face Australia in the final in Brisbane next week.