On and off field problems are weighing heavily on the Manu Samoa rugby team in the lead-up to this weekend's final test of the year against England.

The Manu have lost all six test matches they've played in 2017 and changed coaches mid-season after failing to secure automatic qualification for the 2019 World Cup.

After a strong showing in a 44-38 defeat by Scotland in Edinburgh the Manu slumped to a 17-13 defeat in Romania last weekend. 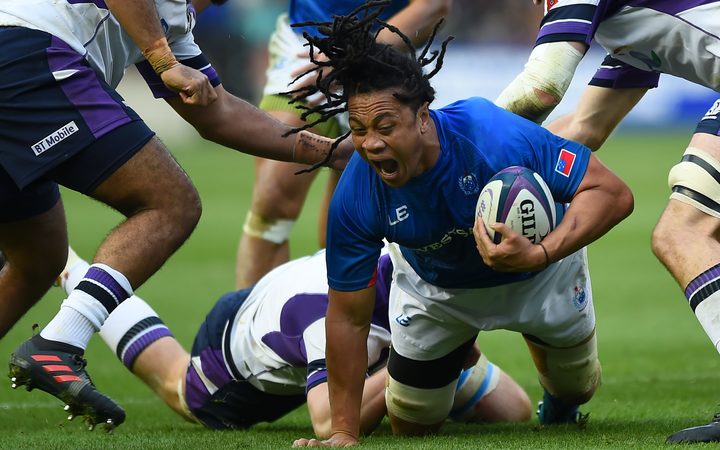 TJ Ioane is back in the starting line-up for Manu Samoa. Photo: AFP

Technical advisor John Schuster said they had high hopes going into the game and felt they could win but ended up taking a step backwards.

"In a way we did, yes. We felt that we'd taken so many step forwards against Scotland but we lost ground a week later against Romania," he said.

"It was a different type of game. Obviously the conditions as well - Romania just played the conditions better than us and they got the result they deserved in the end." 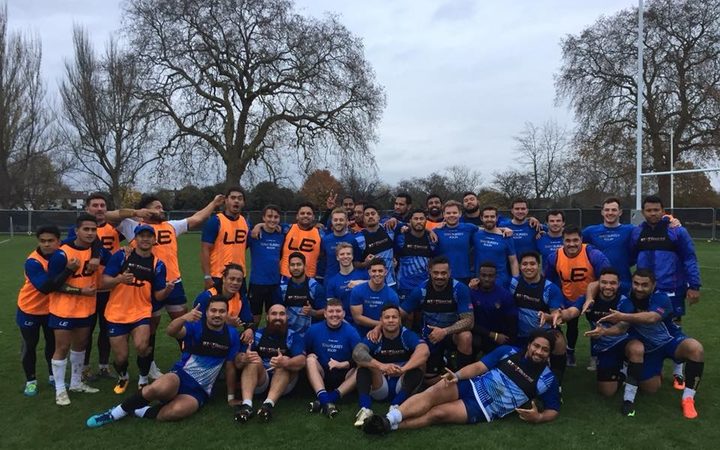 Manu Samoa players pose for a photo with players from Surrey Rugby after a training session in London this week. Photo: Manu Samoa

Since beating Canada in Grenoble a year ago on Saturday the Manu have suffered defeats against the All Blacks, Wales, Tonga, Fiji, Scotland and Romania.

John Schuster admitted the year-long wait for a victory is something the players are well aware off.

"Very much so, naturally it is. It's our last test match of the year and from our point of view there's no doubting the task at hand," he said.

"England obviously are top of the world, really, with the All Blacks and we can only hope for an improved performance from our point of view.

"If we can improve on the performance from Scotland it's good enough to get us a result and at least we are back in the right direction so far as this group of players is concerned." 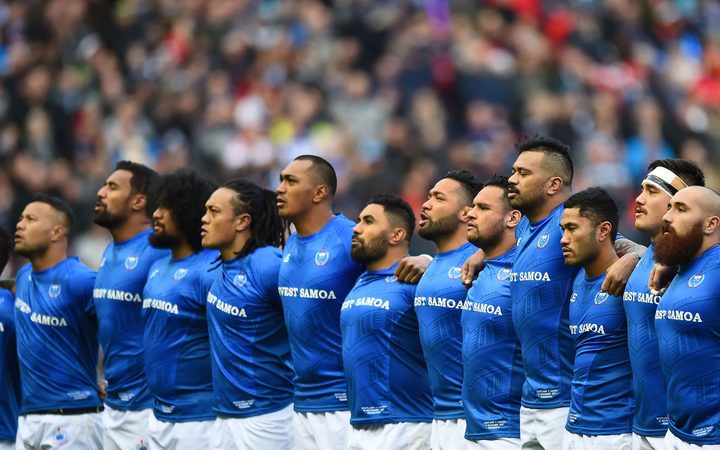 Manu Samoa sing the anthem before their test against Scotland at the weekend. Photo: AFP

Earlier this month Samoa's Prime Minister, Tuilaepa Sailele Malielegaoi, declared the country's rugby union was bankrupt although that claim has been refuted by World Rugby.

The global governing body later confirmed they were withholding some funding from the SRU over concerns about the appointment of Fuimaono Titimaea Tafua as Manu Samoa head coach.

John Schuster said wide-spread coverage of the Union's financial and administrative troubles, coupled with the team's on-field struggles, have impacted the team.

"Obviously we're trying as much as we can as a management group to steer the players away from that sort of publicity but we're doing well in that respect to bring the focus on the rugby and why we're here and test matches that we're here to play and let others worry about that situation."

"I can't comment too much on the issue (between World Rugby and the Samoa Rugby Union) with the head coach and so forth but what I can say is the players are all behind him and the players are all keen and all willing to put out a good performance for the last test match of the year." 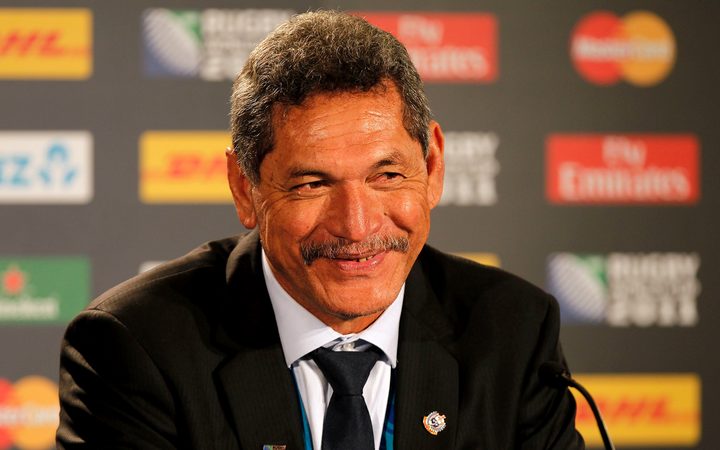 Meanwhile England's players have opted against giving a portion of their match fee to their Samoan counterparts ahead of the clash at Twickenham.

Captain Dylan Hartley raised the issue among senior players and it was decided they would not supplement the goodwill payment of almost $US100,000 already promised to the SRU by England's Rugby Football Union

Manu Samoa have made three changes for their final test of the year against England in London.

Josh Tyrell comes back into the second row, in place of Faatiga Lemalu, after missing the defeat by Romania in Bucharest.

TJ Ioane gets the start at openside flanker, with Jack Lam shifting to number eight in place of Ofisa Treviranus.

Meanwhile Alapati Leiua will make his first start on tour at second five eighth in place of Reynold Lee-Lo, who drops to the bench.

Samoa have yet to beat England in seven previous tests, with the hosts prevailing 28-9 in their last meeting at Twickenham in 2014.