Tongan league fans shed tears of joy ahead of semi-final

Tears of pride are already being shed as Tongan fans gear up for a historic Rugby League World Cup semi-final clash with England tomorrow night.

The Tongan King and Prime Minister will be at the match at Mount Smart Stadium and Tongan supporters say it's going to be an emotional event.

Up and down Great South Road in Ōtāhuhu there were red flags, red t-shirts and red caps galore.

Almost every second car was flying the Tongan flag and every second person on the street was buying supporter gear.

Tekalupe Fe'ao, who is going to the game with her five grandchildren, got emotional talking about the atmosphere.

"You can see the Tongans wearing red and sometimes it makes me want to cry when I see that, how we support our team," she said.

Mounga Andrew Niukapu built a wooden frame on the top of his white van, which holds 10 Tongan flags.

He said he would be making another one to put on his wife's van tonight.

"I'm so happy and so proud to be Tongan," he said.

"[I want to] support as much as I can and let everyone know what is in my heart [and] show the world." 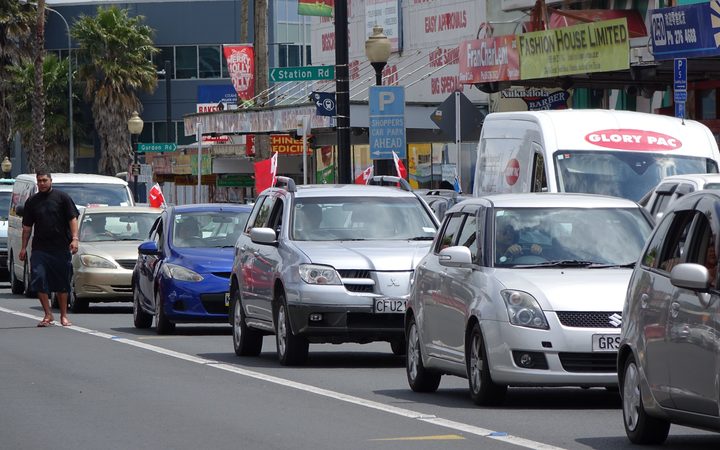 Hele Ikimotu and his friends are getting kitted out in red for the clash tomorrow.

He's of Niuean and Kiribati descent but he said he was jumping on the Tongan bandwagon.

Mr Ikimotu said he could not help but get caught up in the passion from his Pacific neighbours.

"It's just beautiful walking through Ōtāhuhu and seeing all the cars with their flags, blasting their Tongan music and just seeing everyone celebrate and come together."

In previous weeks there have been disorderly behaviour which included arrests and the police said that will not be tolerated tomorrow.

They are asking fans not to block streets in the Otahuhu town centre. 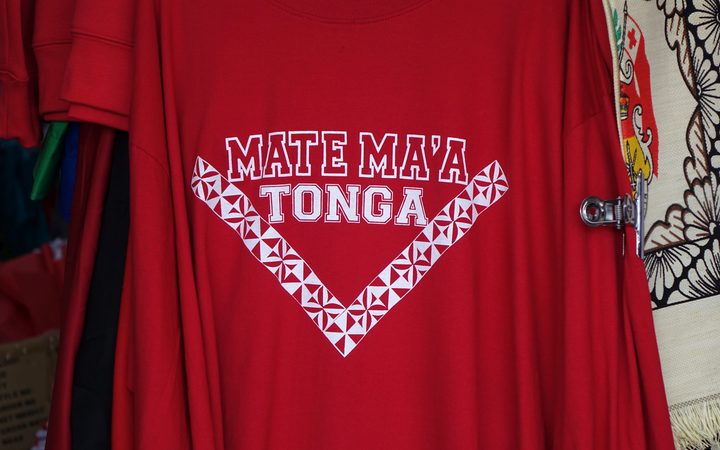 But Elizabeth Tupou, who was also out today buying red gear, thought people had got the message.

There would always be a few people trying to make trouble but most fans just wanted to celebrate and cheer their team on.

"I think after a lot of notice from the team members, coaches and just...people in the media saying keep it safe and I think people are taking it on board," said Ms Tupou.

Last week the Mangere-Otahuhu local board helped to organise a fan zone with cultural performances and food stalls for fans in the main town centre.

But it said there aren't enough resources to set it up a second time.

The Tongan Famili-Zone Committee said that's disappointing and a lot of fans were hoping for a safe place to celebrate.

Mate Ma'a Tonga fan, Mr Ikimotu said he was sad it was not going ahead.

"The fan zone really helped to keep people together and have us celebrate together," he said.

"It was fun, it was loud, we were proud and it was safe as well."

It's been a rollercoaster for Tongan league fans in the past five weeks but they believe their team can win the World Cup.

In Otahuhu, they say win or lose, they couldn't be more proud and either way there would be plenty of tears tomorrow.