England held off an astonishing late fightback from Tonga to reach the final of the Rugby League World Cup for the first time in 22 years with a 20-18 victory in Auckland tonight. 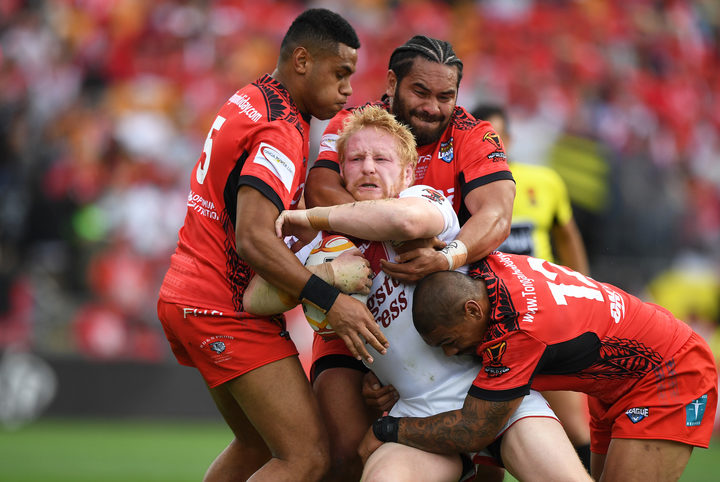 The English appeared to be coasting into the title decider against defending champions Australia at Lang Park in Brisbane next week when they held a 20-0 lead in the 72nd minute of the semi-final.

But the Tongans, roared on by the majority of the crowd at a sold-out Mt Smart Stadium and with Jason Taumalolo at his rampaging best, hit back with tries from Tevita Pangai Junior, Siliva Havili and Tuimoala Lolohea to pull within two points.

With their dream of becoming the first tier-two nation to reach the final within their grasp, Tonga battered away at the tiring England defenders only for Andrew Fifita to have the ball stripped out of his hands to end the match with a knock-on.

Fifita picked up the ball and crossed the line, as was his right after a one-on-one strip, but the referee decided not to refer the play to the video official.

"It was a tough loss to take," said Tonga captain Sika Manu. 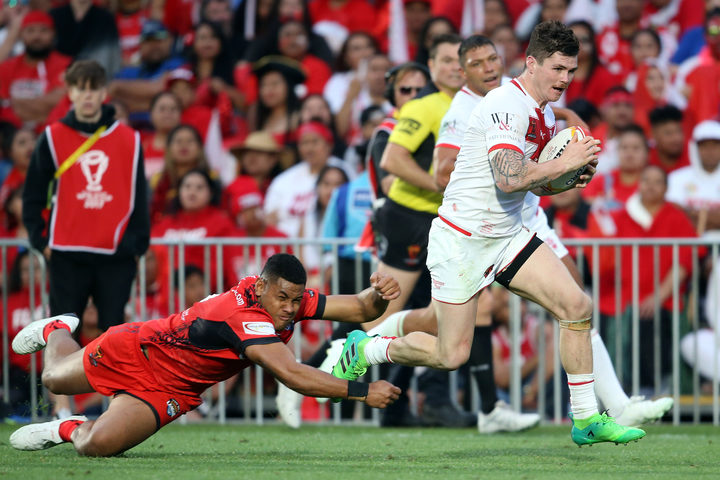 "Throughout the whole tournament we've played for the whole 80 minutes and we showed that again today."

Modern history would suggest they only won the right to finish runners-up to 10-times champions Australia next Saturday and the effort they expended in holding the Tongans out for so long would have delighted the watching Kangaroos.

Winger Jermaine McGillvary notched his seventh try of the tournament to open the scoring in the ninth minute with fullback Gareth Widdop and centre John Bateman also crossing to give them a lead that looked enough until the late Tonga rally.

"It was one of the greatest games I've ever played in," said Man of the Match Widdop, who converted all three tries and kicked a penalty.

"We fought right to the end and we got the victory. Defence is the cornerstone of what we do and we need to take that into next week's match." 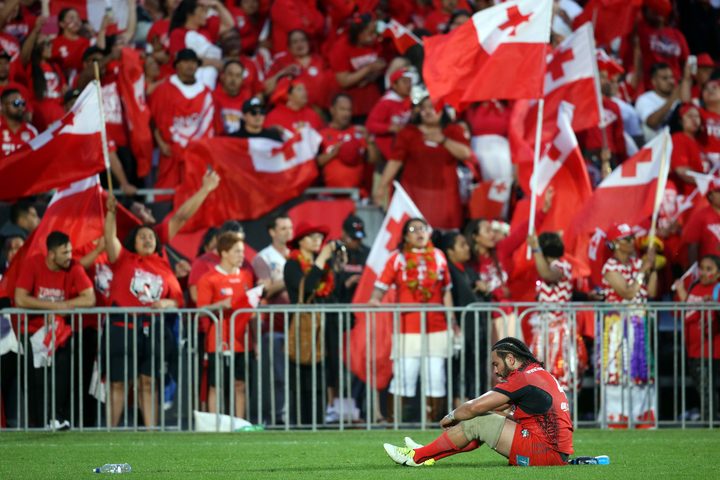