It will cost Auckland millions to host the America's Cup but the city's mayor says the benefit of more jobs and tax revenue is good reason for the government to chip in. 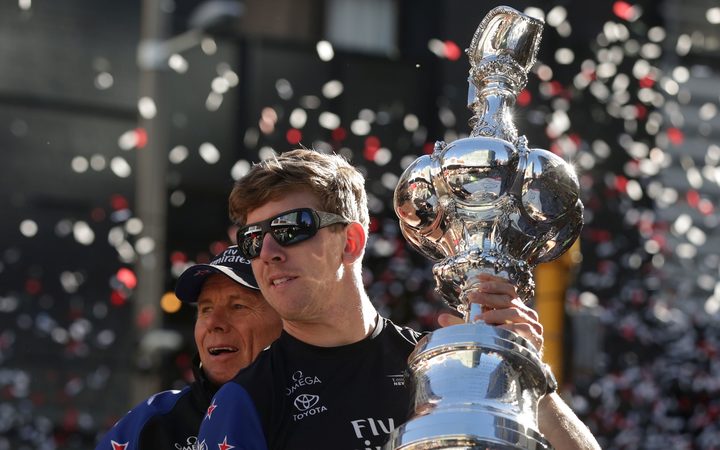 Auckland City Council is considering five options for bases on the waterfront with prices ranging from $140 million to $190m.

Councillors will decide in 10 days which option they will proceed with to ensure that work can begin as quickly as possible.

Team New Zealand's pick is the most expensive of the proposals and involves extending the current Halsey Street Wharf, adding another dog-leg shaped wharf further into the inner harbour.

Mayor Phil Goff said while he also wanted the base to focus on Halsey Street, he supported a smaller extension of the wharf with team areas also on Wynyard Quarter and on Hobson Wharf.

Mr Goff said the hosting the Cup was predicted to bring $555m-$1bn to the New Zealand economy, and the benefits won't be limited to Auckland.

Mr Goff said it was also important that the private sector contributed towards the development.

Finance Minister Grant Robertson said the government was also reviewing the Auckland council's five options and would be doing its due diligence before making a decision.

He said it would be carefully considering the legacy that each option would leave beyond the cup.

But the price tag has horrified some Aucklanders, who say the development is not worth the valuable harbour space.

Stop Stealing our Harbour spokesman Michael Goldwater said new development was likely to be used only for a couple of years if New Zealand didn't retain the America's Cup.

"No betting man would say that we're going to retain the Cup.

"All going well we will, and that would be fantastic if we do, but I think we have to be very prudent about how much money is spent and how much of the harbour we lose for something that may be a one or two time event."

Team New Zealand is also considering Tauranga as a possible venue for the Cup. They visited last week to explore whether it would be a suitable Plan B venue.

The syndicate has also reserved the right to hold the event in Italy if suitable infrastructure is not available in New Zealand.

Team New Zealand wants work to start on the bases for the teams by August next year so that teams can set up in 2019.