Team New Zealand's Peter Burling has won the sailor of the year award for a second time, edging out his teamate Glenn Ashby.

Burling was at the helm of when Team New Zealand won the America's Cup in Bermuda earlier this year while Ashby was the skipper.

It's the second time Burling has won the award. 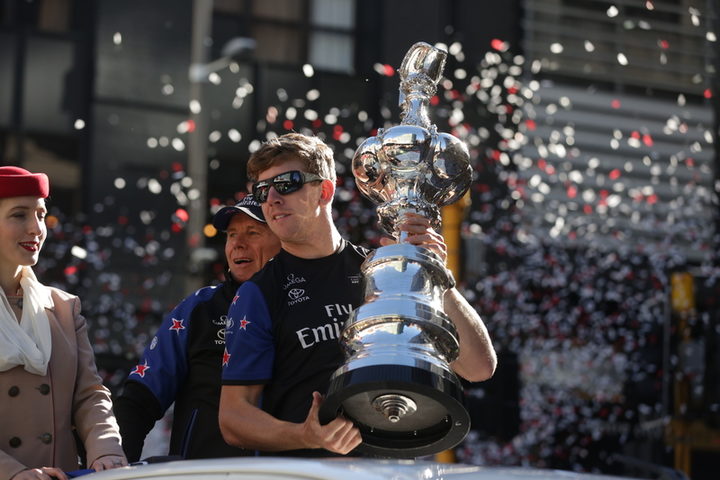 Burling was announced as the winner at a glitzy awards ceremony in Mexico but he couldn't be there as he was contesting the second leg of the Volvo Ocean Race where he is aboard Dutch entry Team Nobel, racing from Lisbon to Cape Town.

"It's a massive honour again and it's been an amazing year for the sport," Burling said via a video link.

It is the sixth time a New Zealander has won the one of the men's or women's awards since they started in 1994.

It is the second time Burling has won the award after he and 49er team mate Blair Tuke took the 2015 honours.