Building an America's Cup base on Auckland's waterfront could cost up to $190 million, Auckland Council has revealed. 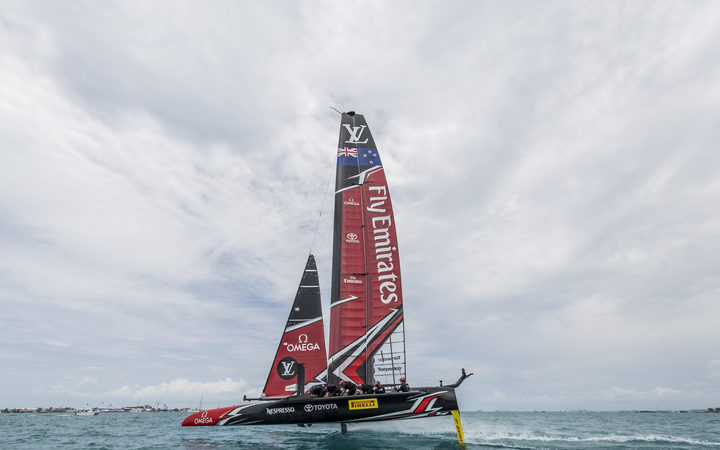 Councillors have 10 days to decide which option they will back. Photo: ACEA 2017 / Ricardo Pinto

The figures were included with five possible options released today by the council.

Councillors will decide in 10 days which option they will back.

Only two of the options cluster all eight bases on a single site. 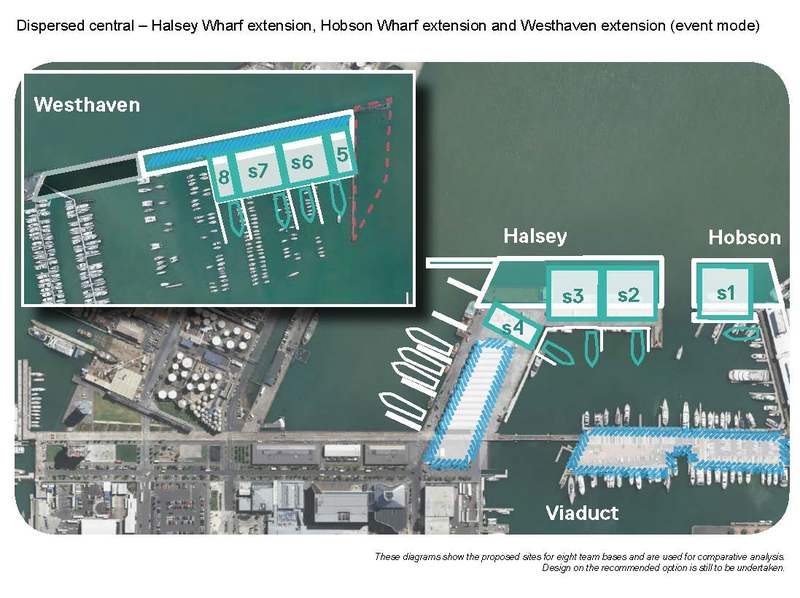 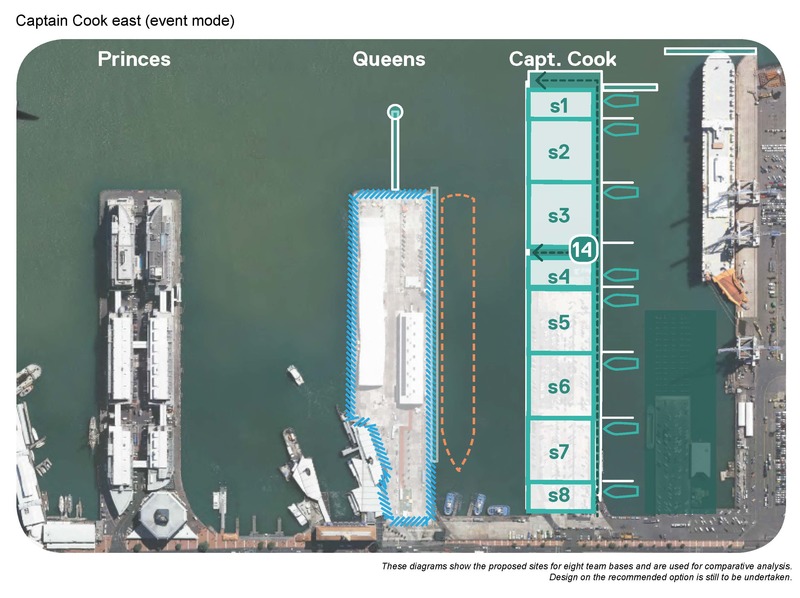 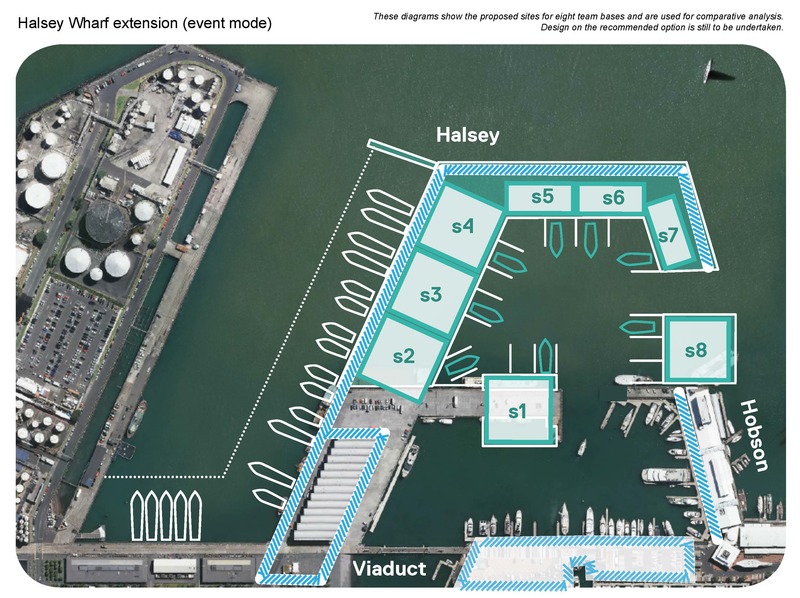 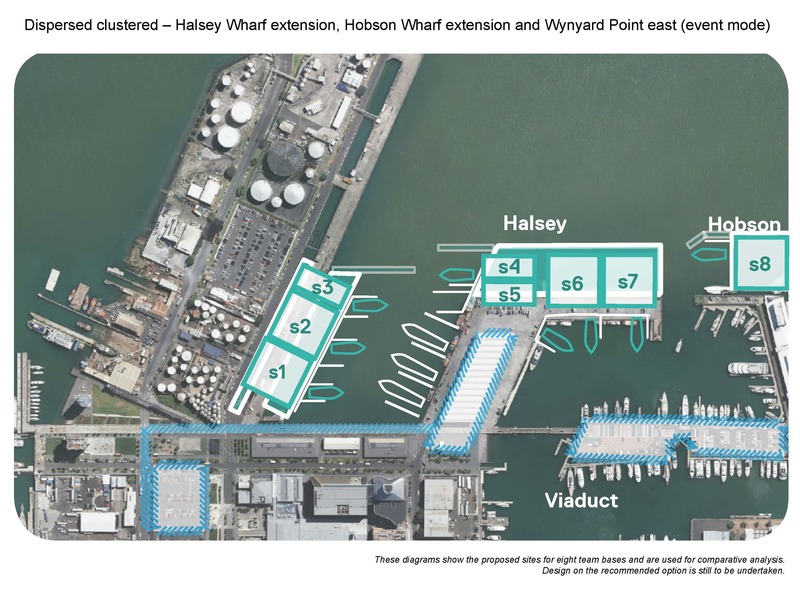 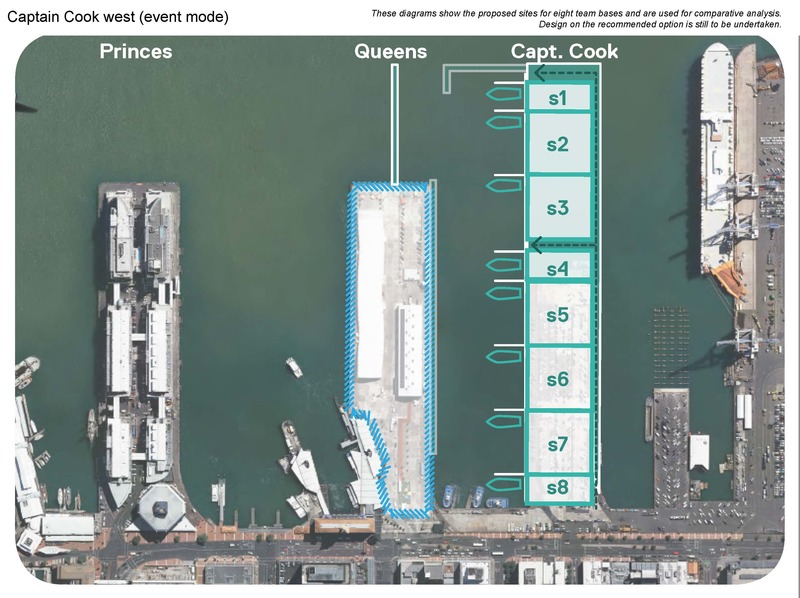 The other stand-alone option is a significant extension of Captain Cook Wharf, with two variations on how it could be laid out.

In both, the teams would be based on Captain Cook Wharf, and the Cup Village for the public would be on neighbouring Queens Wharf.

There are two options which centre on a smaller expansion of the existing northern faces of Halsey Street Wharf, and Hobson Wharf spanning the entrance to the Viaduct Harbour.

One would create four bases, with a further four some distance away at an extended Westhaven Marina.

The other option would combine with bases also on the eastern side of Wynyard Wharf.

A final option would be a combination of Westhaven, and some bases on the western side of Wynyard Wharf.

All of those options include the public Cup village being based in the Viaduct Harbour.

Government officials are working closely with Auckland Council and its agencies, but no date has yet been set for a decision on the nature of taxpayer funding.

"This funding will be included in the council's Long-term Plan, on the basis that a funding package will need to be negotiated, sharing costs between the council, the government and private sector investors," he said.

"We understand that the government will consider its involvement next month, with decisions in early 2018." 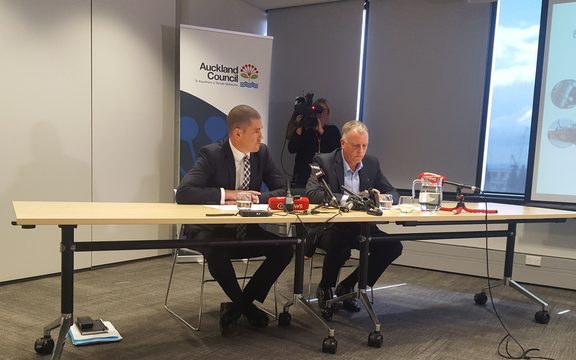 Steve Armitage from ATEED (left) and Rod Marler from Panuku at the announcement of the five options for the America's Cup base in Auckland. Photo: RNZ / Todd Niall

A study released at the same time by the Ministry of Business, Innovation and Employment estimates an expected economic benefit to the country from the 2021 regatta, of at least $555m.

Team New Zealand last week visited Tauranga to consider whether it could be a Plan B venue, if Auckland fell through.

The team wanted work to begin on creating an area for the bases by August next year to ensure teams can start setting up during 2019.

The deadline for a final announcement on the location is 31 August 2018.