Council incompetence is to blame for the loss of a waterfront road to coastal erosion, residents of the Southland town of Colac Bay say. 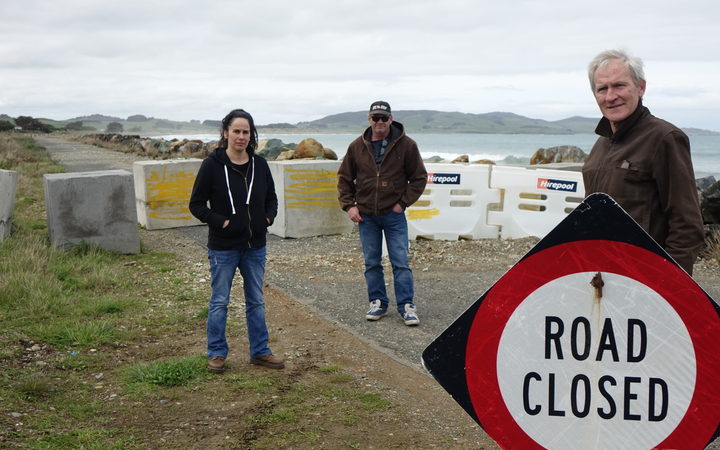 Southland district councillors agreed this morning to delay permanently closing Colac Bay Foreshore Road for at least a month until they have had time for a site visit.

Residents have been calling on the council to go further, and commit to restoring and reopening the road for good.

The council has done emergency protection works but had to close the road in 2014 when the end of the rock works slumped and the middle of the road was claimed by the sea.

The road is now barricaded with concrete bollards.

"Council tried to put in a single lane, but unfortunately it did nothing about the tail end of the rock wall protection," resident Jeremy Carroll told RNZ today.

"This is where the wave energy has come in and eaten away at the tar seal" he said.

Other long stretches of the road were intact but covered with pebbles, covered by the encroaching beach.

The road's failure was caused by the council doing bad emergency rock works five years ago, but the road was not as bad as it looked and should be salvageable, Mr Carroll said. 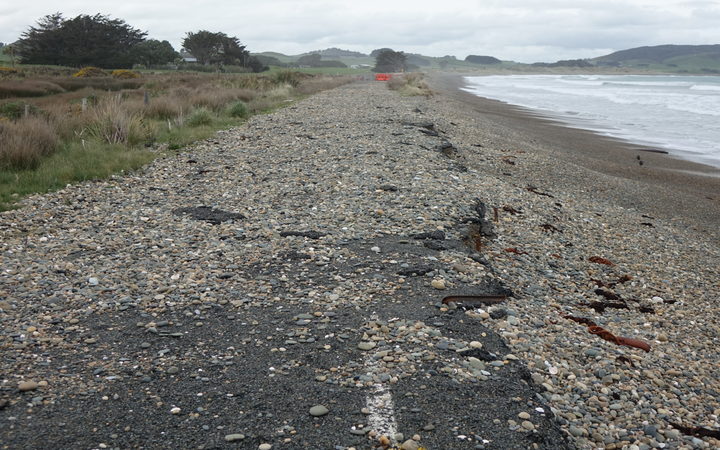 Local farmer Alan McKay, who donated most of the rocks for the works from his farm, called it a debacle that was killing the town.

A local contractor was prepared to fix up the road when the problem was only 30m long, but now the whole lot was in trouble, Mr McKay said.

"I'm pretty pissed off about it because it's ruined a nice primo spot really," he said.

The road's closure has been terrible for the town, local Carole Elder said.

"This is the heart of Colac Bay," she said.

"It's a spiritual place, the start of the bay is right here. This is our road ... this our entry to our home town."

The entrance being blocked by concrete bollards was disheartening, she said.

These residents went this morning to the Southland council meeting and called for the councillors to reconsider the road's future.

The councillors agreed to hold off until they visit the site again and take more advice.

Southland mayor Gary Tong said he accepted not all the council's past efforts have worked, and it would be a hard decision.

Climate change would likely claim the road eventually, and the council did not easily have the estimated $800,000 to restore the road, Mr Tong said.

"I think you felt it there in the room that no-one wanted to resolve it right there, but we do need to make a decision at some stage," he said.

Colac Bay has about five weeks to convince councillors their road deserves another shot.