A group advocating to end religious education in state schools is launching a campaign which it says aims to inform parents about what their children are being taught. 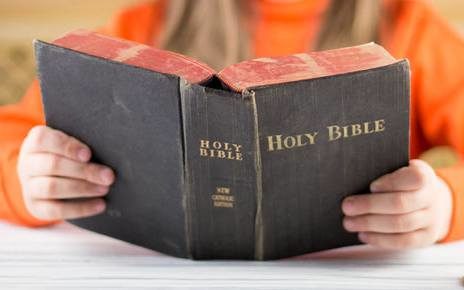 The Education Act allows schools to hold religious instruction for up to an hour a week to a maximum of 20 hours per year, but the Secular Education Network (SEN) says those classes favour Christianity.

In May, the SEN filed a case with the Human Rights Review Tribunal over the Act, claiming religious favouritism is prohibited under the Bill of Rights. 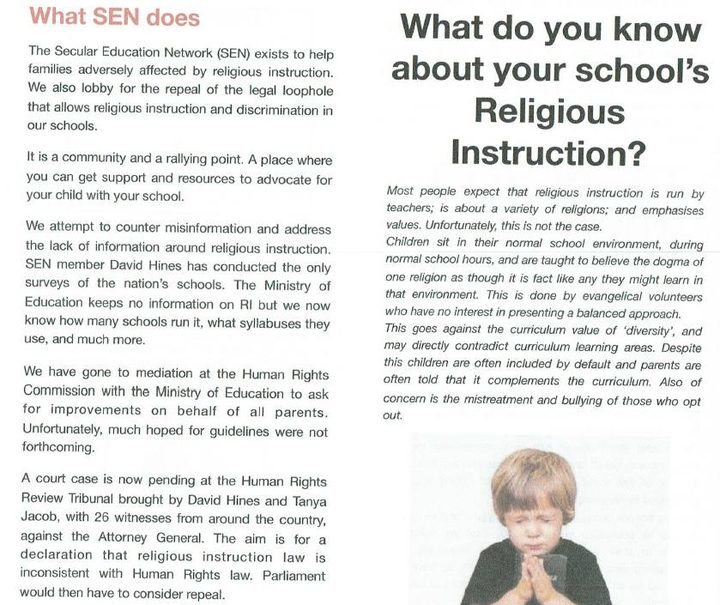 The SEN leaflet which will be distributed outside Wharenui School. Photo: Supplied

SEN volunteers will tomorrow be handing out fliers outside Wharenui School in Christchurch and will also be targeting other schools around the country that have religious instruction classes.

"There are cases where parents would be shocked. They'd be disgusted. Often they're just going along with it because they don't want their child to be singled out."

She said parents often thought the classes were about a range of religions, when that was not the case. 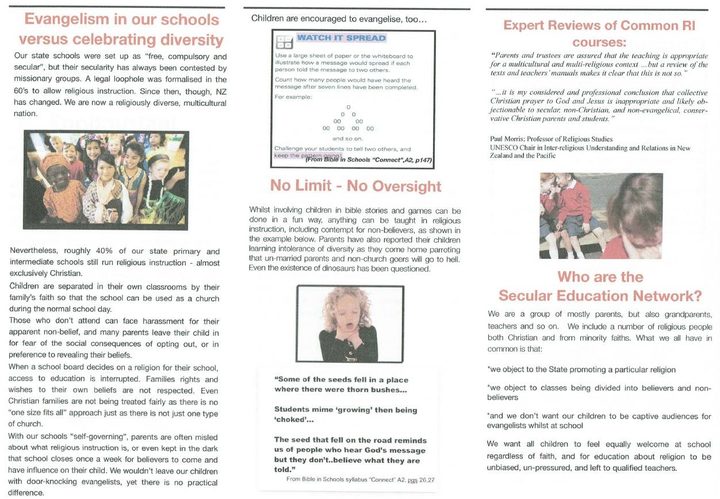 The group claims the religious instruction classes encourage children to evangelise their peers and that young children are being told they or their loved ones will die if they sin.

But Churches Education Commission spokesperson Tracey Kirkley said those were falsehoods based on outdated information.

"There is certainly no evangelising going on or being encouraged by us."

Ms Kirkley said an overview of the curriculum and its lesson plans was provided to schools every year and parents could approach the school if they had any issues.

The Churches Education Commission teaches in around 600 schools nationwide and provides only Christian education, but Ms Kirkley said the schools were welcome to bring in groups to provide education about other religions if they wished to do so.

"We certainly don't believe that we are cornering the market on religious instruction."