Children are being placed with unsuitable families because of a shortage of foster parents, the Ministry for Vulnerable Children has admitted. 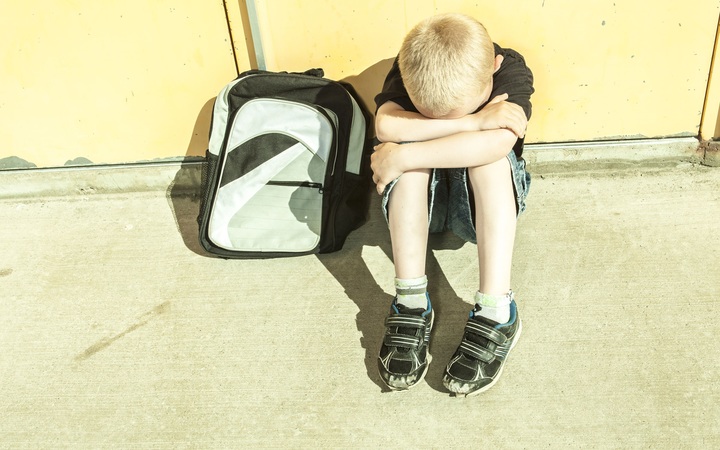 A principal says at-risk children need more help than they are getting. Photo: 123RF

Figures from last year showed there were more than twice as many children in state custody as there were available carers.

There were more than 5300 children in state custody in the year to June 2016, but only 2400 available and approved caregivers, the figures obtained under the Official Information Act showed.

While a one-to-one ratio is unrealistic, the ministry said the lack of caregivers could mean some families were pressured to take on children they're not properly equipped to look after.

"As a result, children and young people can suffer placement-related issues and caregivers can become reluctant to provide care in the future," it said.

"Some caregivers only want to care for babies, others may only be available to provide short-term care or some will only accept a child or young person where pemanency is likely."

The Auckland-based youth advocate was a foster child himself, and said he was shuffled through more homes than he can remember.

"They're also your safety net. If that safety net is constantly changing, for us, it makes a whole lot of things more difficult - like trust, relationship building, to name a couple."

Kate Bundle, from the Grandparents Raising Grandkids trust, said she was not surprised by the low numbers of caregivers because historically support for them has been low at best.

"Too often, carers are not getting the maximum information about the needs of the child and the trauma they've experienced, and what sort of support they've going to need.

"So the placement breaks down and doesn't work, because it's been set up to fail."

Mr Ulrich agreed, saying from what he had seen and heard caregiver support needed a serious boost.

"At the moment it's a bit like being given a job to do, but no instructions. I think we need to start focusing on ... caregivers as a part of the system, with all these wraparound services, to help make children's lives a hell of a lot better."

The ministry's acting general manager of welfare Greg Versalko said it was slowly but surely improving caregiver conditions, however.

"A recent launch has been our 24/7 caregiver support line ... [we're also] providing on-call advice, a whole lot of psychological support.

"The main thing we want to put in place is making sure we have the level of caregivers who are able, supportive, and appropriate to the needs of our young children."

Mr Versalko said as well as improving caregiver support, the ministry was pushing recruitment campaigns like its online Trails of Taonga project - and hoped for a big influx of volunteers next year.