Child, Youth and Family had an exodus of senior social workers in the months leading up to the launch of its replacement, the Ministry for Vulnerable Children, Oranga Tamariki. 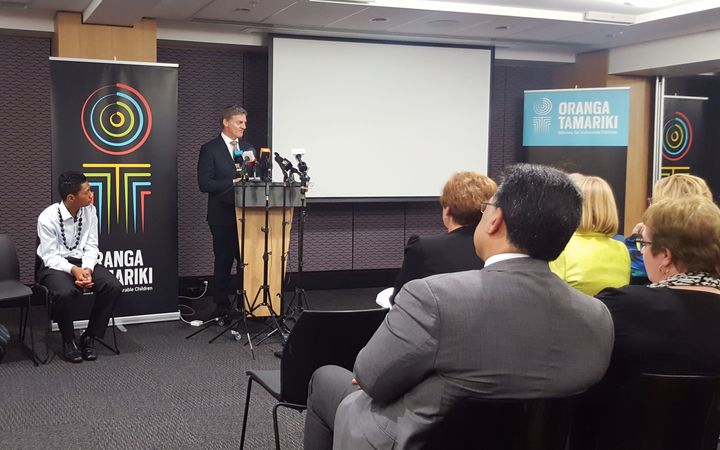 Documents released to RNZ show the number of social workers leaving the organisation jumped 60 percent in the year before the new agency took over in April, at a time when record numbers of children were being put in state care.

The former ministry had about 450 senior social workers, and in the 12 months before the launch of Oranga Tamariki, 65 handed in notice - up from 40 the previous year.

Over the same period, the department recruited 11 replacements.

"When people start to feel unsettled and work pressures remain the same, people tend to move on," she said.

In the year to April, about 240 of the roughly 1300 staff working in the field - which included care and protection and youth justice social workers, supervisors and evidential interviewers - also left.

Ms Sandford Reed said work pressure had taken its toll on many, aggravated by a lack of adequate supervision.

"Probably getting adequate management supervision: how many cases have you got, can you take another one, what's happened to Johnny, that sort of thing. That kind of reflective, professional supervision that is core to delivering good social working service I think is something that is significantly missing," she said.

Oranga Tamariki deputy chief executive Glynis Sandland put the staff losses down to a range of reasons - wanting a change of scene, feeling unsettled by the establishment of the new ministry, and regional quirks such as in Masterton, which had trouble attracting staff after a spate of resignations.

She insisted things were turning around.

"We're in a recruitment drive so we're seeing really good responses from that. I wouldn't say that we're got a shortage of senior people, I think we're definitely seeing that we're bringing in good people into our organisation and we are stabilising the numbers that are leaving.

"That comes down to people wanting to be engaged with and be part of that change that we are doing," she said.

The ministry's own figures show the demands on it are increasing.

A record 5603 children and young people were placed in state care in the year to April. A record 4609 were taken away from their immediate family.

"We're taking away some of the things that would have stopped them being able to deal with those matters. So, really making sure that the work that they're doing is social work and working with the children and not having to work on internal processes and things.

"We're bringing about the time they can spend with children to the fore," she said.

However, Labour social development spokesperson Carmel Sepuloni said she had heard nothing from those on the front line in the new ministry to suggest anything had changed.

"Clearly things haven't changed within the new ministry, despite the government's promises to transform the system, and the figures indicate a poor workplace culture and an inability to cope with demand," she said.

"What I hear from people in the frontline is that the difficulties that they were experiencing in Child, Youth and Family still exist for them as a day-to-day reality in Oranga Tamariki," she said.