A man who was abused as a child believes getting survivors to share their stories is one way to help tackle the nation's high rates of child abuse. 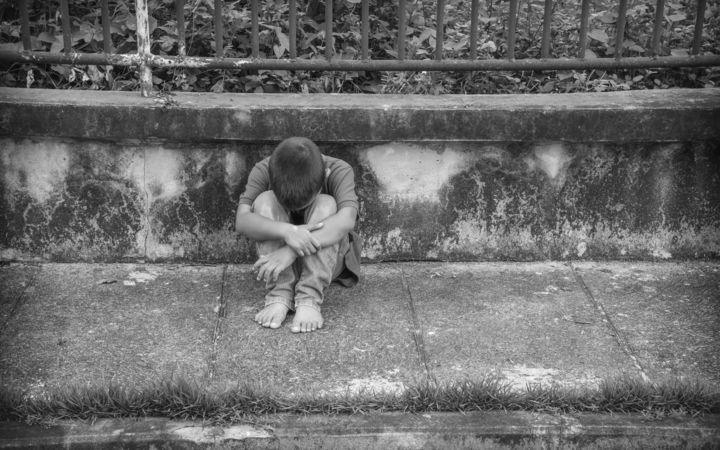 Today marks 10 years since the death of Rotorua toddler Nia Glassie, who died after weeks of torture which included being put into a clothes dryer.

New Zealand has the second highest rate of child abuse deaths in the developed world, with one child being killed every five weeks.

One survivor, who's in his late 50s, recounted his earliest memory of abuse.

"I guess I was about four-ish. I remember my old man bashing my mum's head into the stove top and blood everywhere, and having to clean that mess up," he said, his voice catching as he replayed it in his mind.

They are vivid memories that are hard to erase and ones that are often never spoken about.

But he was speaking out as a survivor who has not brought violence into his family home. He's now a dad to three kids and in a loving relationship. He hoped by sharing his story, others will too, and it may help to break the violent cycle.

As the eldest of four children, he remembered hiding his siblings under the bed, and being left to fend for himself.

"I remember the hiss of a three foot-long jug cord. I remember standing in the toilet, pulling your pants down and seeing the blood running down the back of your legs.

"Not sleeping Thursday nights to Saturdays because that's when the old man was drinking the most. When the doors would get kicked in and the old lady would get a bashing and we would get, or particularly me, I'd wear that."

As a result, he'd fall asleep in class, but alarm bells never rang for his teachers. Or if they did, they never asked questions.

"Back in those days there wasn't much thought given to how a child might be struggling at school, you'd just be labelled stupid or dumb."

His grandparents were aware of what was going on, but they never said anything. Instead, their love and financial support kept them going and fed, he said.

"I've learnt how to be a child through having my own children," the man said.

Violence plays no part in his home, but he recalls not knowing how to love, or knowing what love is, until he met his wife.

While talking about his childhood wasn't easy, it's a step towards opening a nation-wide discussion, he said.

"Even now to unlock the doors to even discuss this is a bloody hard thing to do. I'm 58 and I'm still struggling."

He took a moment to catch his breath.

"More survivors out there talking about experience and showing some of these young people that the sun can come up and be a different day."

It's about breaking the cycle, he said.

Awareness of child abuse has improved, but still a long way to go

New Zealanders tend to mind their own business and are hesitant to go any further than suspecting something could be wrong.

"Often people are concerned that they don't have what they'd call 'evidence' and the reality is, if you have a hunch and think something's wrong, don't act in isolation or just worry about the problem. Seek advice."

"It's impossible to get accurate figures of abuse, because of what goes unreported," she said.

She urges people to get in touch with the police, a social worker, or the Ministry for Vulnerable Children.