A family of seven, with serious health problems including two blind children, is battling to remain in the state house they've called home for nearly 50 years, after their grandmother died this month. 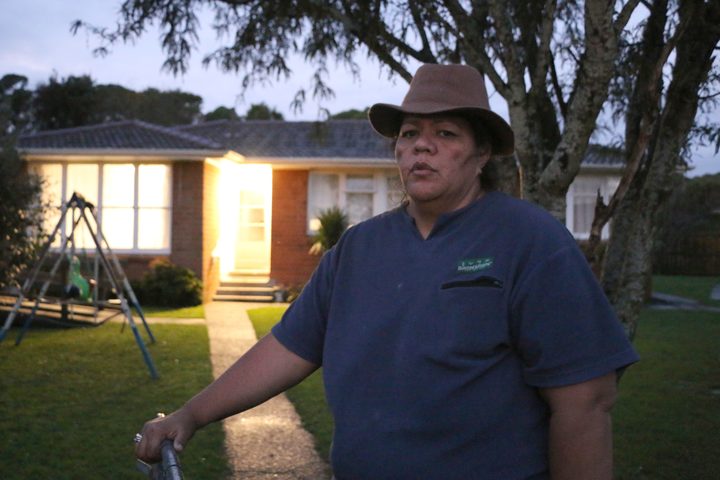 Housing NZ has issued the Morris family with a 21-day eviction notice from their Mangere home because the tenancy agreement with their grandmother, Katie, is now terminated.

Katie lived in the state house for five decades and when she died earlier this month she left behind six grandchildren aged between 14 and 27.

She took in three of them after their mother died of cancer last year; their father, Katie's son, killed himself in 2014. They are suffering from post-traumatic stress.

Two of those grandchildren are blind; one is also in a wheelchair because of a bone marrow condition.

It is a home well-loved and well-lived in. Looking out from the kitchen window are old lemon and peach trees, which Ms Morris said marked where the placenta of each child in the family was buried.

She said moving away would devastate the family.

"They know where the rails are, where the kitchen is... They're blind... why would you put them somewhere else, and they have to go through that whole process [again]?"

She said it would be a huge injustice.

Ms Morris is on a lifetime sickness benefit and is a tenant of another state house in Clendon, where her son lives. She chose to live at her mother's house to escape violence from a former partner and live close to her family.

In 2014, Ms Morris said she asked Housing NZ whether she could transfer her tenancy to her mother's house but she said they didn't respond.

"They've not considered people's high health issues, the risks of being put out in 21 days to the street."

This is the third story RNZ has covered this month in which families have been threatened with eviction from state houses after a family member died.

In both cases, the landlords - Housing NZ and Tamaki Housing - changed their minds after questions from RNZ.

"There are so many families that have been kicked out after a tenant passes away that just go out three months later and just end themselves," Ms Morris said.

She said the families were left in poverty and in distress both physically and psychologically.

Ms Morris said she didn't know where they would go, if they could not keep the house.

She said Housing NZ contacted the family on Tuesday to set up a meeting later today.

Labour MP for Mangere Aupito William Sio, who has met with Ms Morris, said the policy was "heartless".

The Ministry of Social Development (MSD) is assessing whether the family can stay at the house, and Mr Sio said it was ridiculous to issue them with an eviction notice before the assessment was done.

"It's just not right, because on the one hand they're saying they're doing something about the homeless situation, on the other hand you've got a department that is actively engaged in putting people at risk of being homeless," Mr Sio said.

People facing eviction due to their family members dying was common in Mangere, he said.

In a joint written statement Housing NZ and the MSD said their priority was establishing who was staying at the Mangere home.

"It is important we understand this family's situation in full, so we can look at appropriate solutions for everyone staying in the two properties," the statement said. "We know they will be attached to the Mangere home, however if they are not eligible to stay there, we need to allow other families the same opportunity to flourish here."

They did not comment on whether the policy to evict families of deceased tenants would be reviewed.