The family of a woman who died in a car crash have been given a month to get out of their south Auckland state house because the lease was in her name. 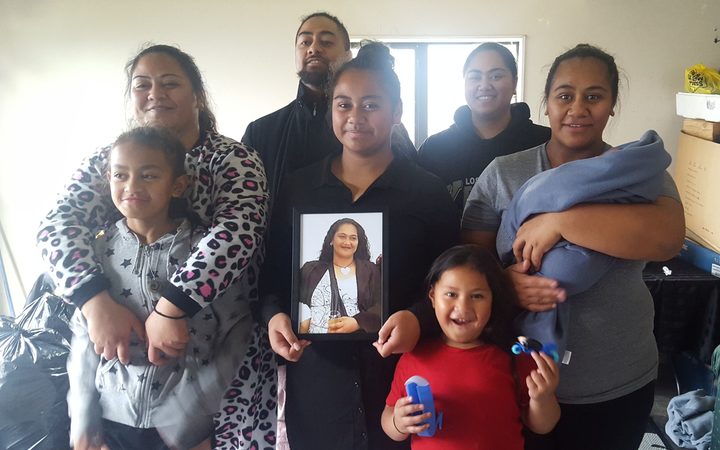 The family of 10, including a one-month-old baby, live in the three-bedroom state house in Manurewa.

But the woman's eldest daughter, Miria Esera, said Housing New Zealand has told them they have to find somewhere else to live, because the tenancy agreement was with Ms Esera's mother and it could not be transferred.

She said she feared they would end up on the streets if they could not stay in the house, or did not find somewhere else to live.

Ms Esera said she was a 28-year-old solo mother to two young girls.

Since her mother's death, she has been looking after her four younger siblings and their children - the youngest of whom is one month old.

Ms Esera has also become the primary caregiver for her youngest sister, who is 16.

Last week, she received a letter which told them they had to hand in the keys to their home by 21 August.

Ms Esera said she was told she was not eligible for a state house because she was not in a violent relationship and neither she nor her children were sick.

She was scared when she got the letter from Housing New Zealand telling them they had to leave, she said.

"We have family here but they've got big families, so there's absolutely no room in their homes to take us all in."

Ms Esera said she worked full-time but for minimum wage and she could not afford a private rental.

If they could not find anywhere to live, they would have to sleep in their cars, she said.

She said the family simply could not afford a private rental.

While Ms Esera's brother has his own family and would probably be okay, Ms Maeva said the other siblings were reliant on their eldest sister.

Housing New Zealand said in a statement it has been as supportive as possible.

It said it has met with and contacted the family several times and had extended the usual 21-day notice period for vacating a house by a week.

The Ministry of Social Development, which assesses eligibility for social housing, said it would be visiting the family this morning to reassess what help they might be entitled to.

Ian Hutson from the Salvation Army said a shortage of social housing meant agencies like Housing New Zealand had tough calls to make.

"If there were adequate social houses out there, then people wouldn't be tipped out of these situations, and into sometimes unstable housing situations, on top of the grief that they're going through at the time."

Ms Esera said she did not know if Housing New Zealand would change its mind and let them stay.

"If they do end up kicking us out, I hope they're happy with their decision because it's another family out on the streets."

In a separate case, RNZ reported yesterday that social housing agency Tamaki Housing has been forced to change its mind and apologise after telling five children to leave their home just weeks after their mother's death.