A small Taranaki town will get two new doctors to help fill a massive shortage of GPs in the area, but residents will have to wait more than three months before they arrive. 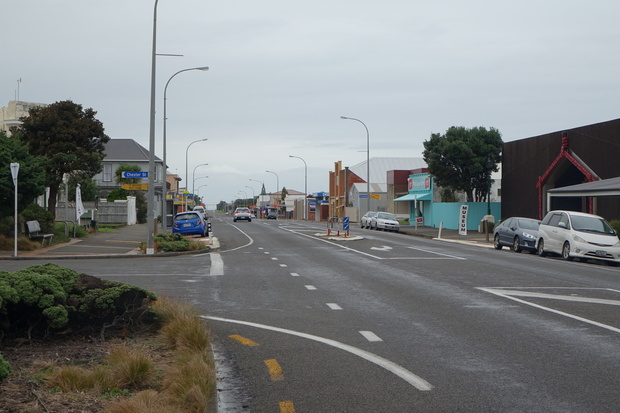 It was difficult to get people to work in Patea, and other small towns like it, said a spokesman for the New Zealand Rural General Practitioners. Photo: RNZ / Robin Martin

The doctors will step in after the only full-time doctor at the Patea Health Centre left earlier this week.

The replacement doctors, a couple from England, won't arrive until October and they're only on a three month contract.

That's left Patea residents Alison and Peter Mudgway shocked. Mrs Mudgway said other locals she spoke to were also surprised there would be no doctors in the town for three months.

"What are we going to do? ... Especially if they've got a heart condition, or the ones who've got diabetes, or have had cancer and or have to be on certain medications," Mrs Mudgway said.

Mr Mudgway has diabetes and kidney problems and sees the local doctor about once a month.

He said he didn't know what he'd do without a local doctor, given the 20 minute journey to Hawera was outside of his budget.

But the Patea District Community Medical Trust said some patients could be seen and treated by a nurse in the interim, and routine prescriptions would still be available, though patients may have to wait longer.

"Over the past 18 months it has become increasingly difficult to find a locum or permanent doctor for the clinic, despite all efforts made to appoint to the position. It is important to note the shortage of general practitioners is a nation-wide epidemic, especially in rural areas," the trust said in a statement.

NZ Rural General Practitioners Network spokesman Rob Olsen said it was difficult to get people to work in Patea, and other small towns like it.

"Since 2012 and 2014 we've had two long term GPs leave that clinic, then in 2015 we had a further two short term GPs, who we had placed, leave the clinic. So it's an ongoing process and this is the same across a number of areas in rural New Zealand."

doctor to patient ratio in Taranaki] was one of the worst in the country.

He said the shortage came down to a number of factors, including an ageing workforce, difficulties finding opportunities for spouses and families, and problems with how and where doctors were trained.

Dr Malloy said getting doctors from overseas to work in the small communities was a good option, but keeping them there long term was difficult.

"We are entirely dependent on international medical graduates filling our posts in the rural part of New Zealand, but I don't think that's sustainable long term. It's certainly been an absolutely wonderful short and medium term solution, but it should not be a long term solution."

He wants a push to recruit medical students from rural communities and to train them there.

"We have need to have reflected upon what the needs of say the Taranaki region are and have recruited our medical students from the region and ultimately train them back in the region to the point where they would then practice in that region. But that simply hasn't happened because of the model of training we've had for a long period of time."

Dr Malloy said not having a GP in small communities was demeaning for patients and could put them off seeking treatment for their health issues.