Insurance costs from the so-called Tasman Tempest in March have hit $42 million. 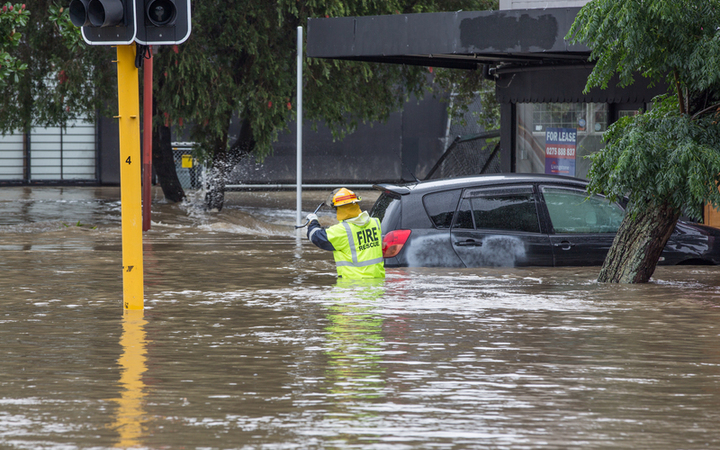 Bad weather between 7 and 12 March brought widespread flooding to parts of Auckland, pictured, and the Coromandel. Photo: RNZ / Cole Eastham-Farrelly

The storm brought a month of rain to Auckland and Coromandel in the space of just 24 hours, leaving homes flooded, roads cut off and hundreds of paddocks underwater.

The Insurance Council said provisional data showed there have been 5800 house and contents claims costing $24.5m.

It said the township of Whangamata was hit hardest.

View the full breakdown of costs via the Insurance Council's website.

The storm was the first of three bouts of severe weather to hit the country. It was followed by the remnants of Cyclone Debbie in early April and those of Cyclone Cook the following week. Costs for those two weather events were not yet available.

Look back at a selection of RNZ's video coverage of the storm in March: