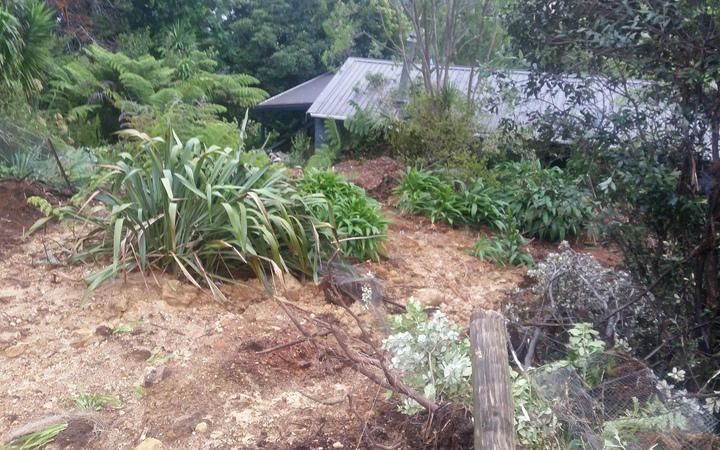 A slip nearly up to the roof of a holiday home in Whangamata, Coromandel Peninsula Photo: RNZ / Eva Corlett

The storm made some south Auckland and Coromandel roads impassable, caused major flooding - including to homes and businesses - and sparked power cuts in Auckland and Northland. People were evacuated from homes and camping grounds.

Mr Towler said flooding had receded, so teams were clearing drains in preparation for more rain.

In Whangamata, residents donned gumboots and picked up spades to help move silt and slips off the streets. 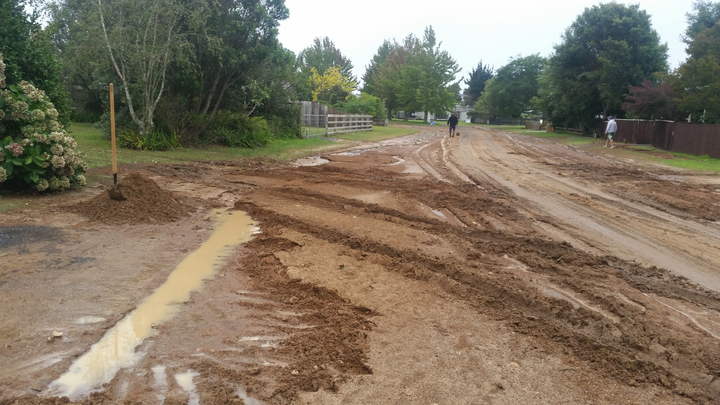 Streets were blotted with silt and mud. Three houses were evacuated because of flooding.

On Hilton Drive, a cordoned-off holiday home propped up a large mound of clay and vegetation from a slip at the back of the property.

Jack Tarrant, whose driveway on Avalon Place was blocked by silt, said he had never seen weather like it in 20 years.

The deluge dumped nearly 300mm of rain in less than 36 hours.

Mr Tarrant was clearing drains that were bogged with mud, in case there was more rain. Showers eased from Wednesday night to Thursday morning, but MetService had forecast more heavy rain through to Saturday morning.

Mr Towler said rainfall in Whangamata was expected to peak at about 120mm overnight - about a quarter of what it received yesterday. 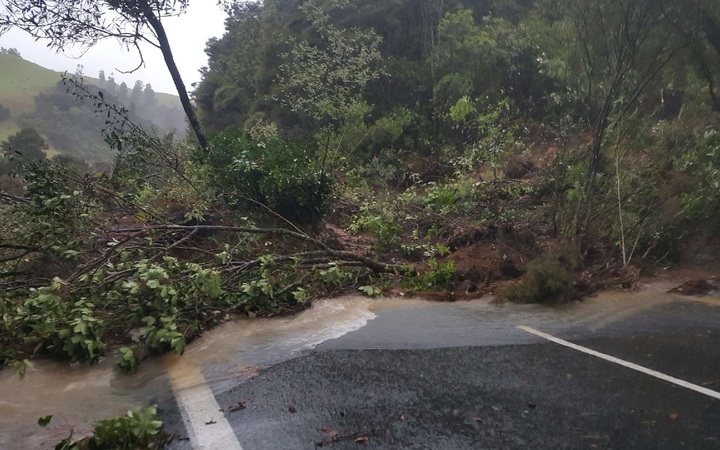 A slip on State Highway 25 at Whiritoa, on the Coromandel Peninsula Photo: NZ Transport Agency

The clean-up was also under way in south-east Auckland. 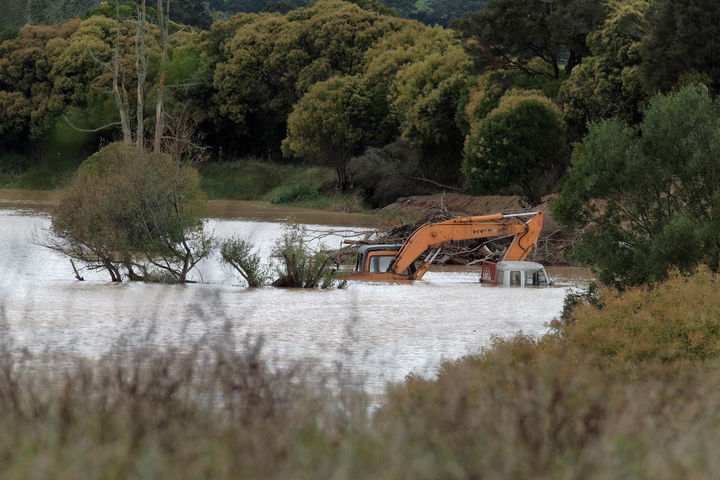 The floodwaters had receded around the Clevedon area, but some paddocks in lower lying areas were still waterlogged.

Debris was lodged in farm fences. The sun was out, so locals had started sweeping silt and mud out of flooded sheds.

Maintenance crews were inspecting roads and clearing debris and slips.

Some roads in the area remained closed. 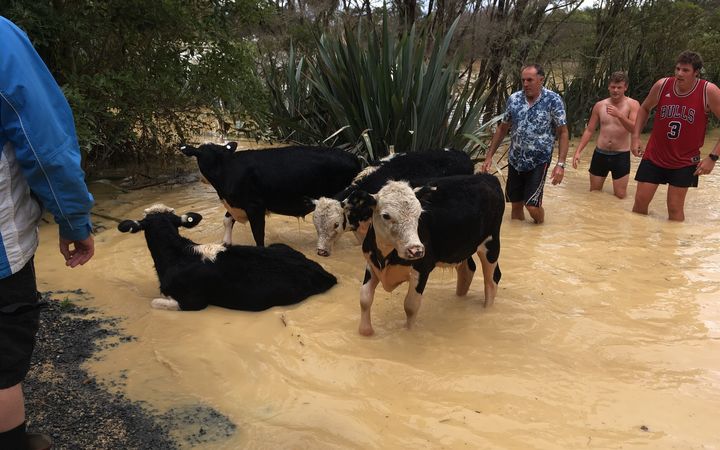 South Auckland Federated Farmers said it would take months to clean up.

Spokesman Robert Cashmore said the damage to his property would likely cost more than $100,000.

"Every paddock has a slip in it," he said.

It was too soon to say how much the flooding would cost the area overall, he said.

Auckland Civil Defence controller Craig Glover said most of the mess was in the south-east Auckland areas of Kawakawa Bay and Clevedon.

Watercare said the Cosseys and Hays Creek dams spilled over yesterday, but the storm had not comprised the structural integrity of dams in the Hunua Ranges.

About 10 to 12 houses had water go through them. Those people self-evacuated. 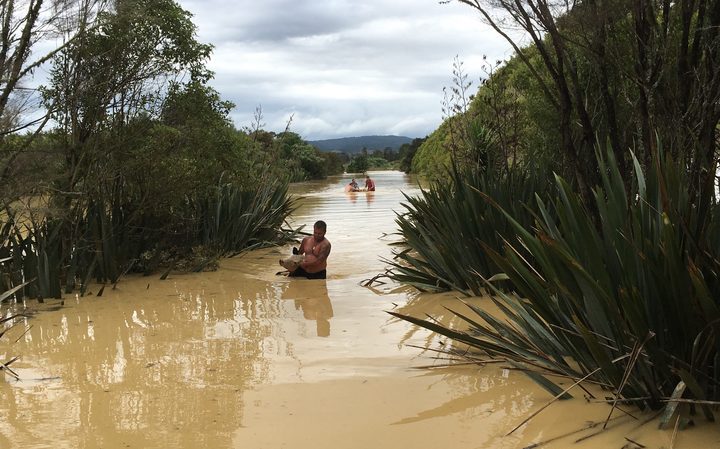 With heavy rain forecast tomorrow and the ground wet, they were on alert for more slips, trees coming down and surface flooding.

Back in Coromandel, 30 students and an adult who spent the night in an evacuation centre in Whangamata had been taken by bus to Tauranga. The group were rescued from a campsite yesterday morning.

A group of about 10 people who were stranded in Wentworth Valley, south of Whangamata, were safe. 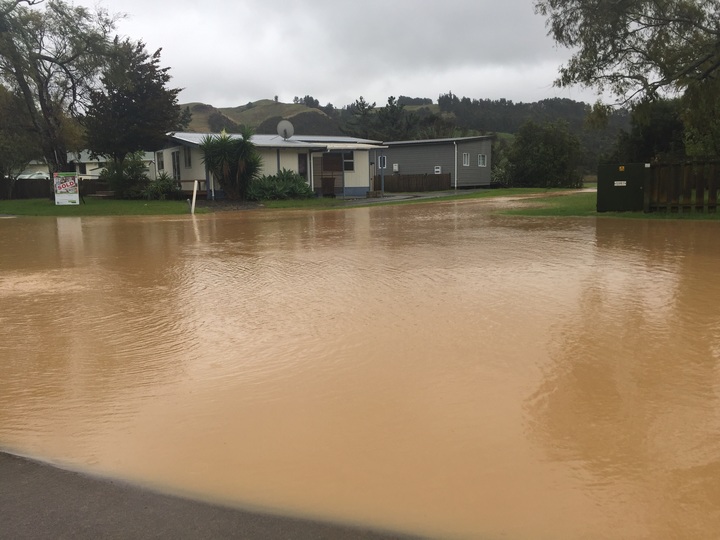 On the eastern side of the Coromandel, flood waters had reduced and most people who were stranded had got out, Thames-Coromandel Mayor Sandra Goudie said.

The Fire Service had a few weather-related call-outs in Coromandel last night - one of them saw an elderly woman escape unhurt when a tree fell onto her home. 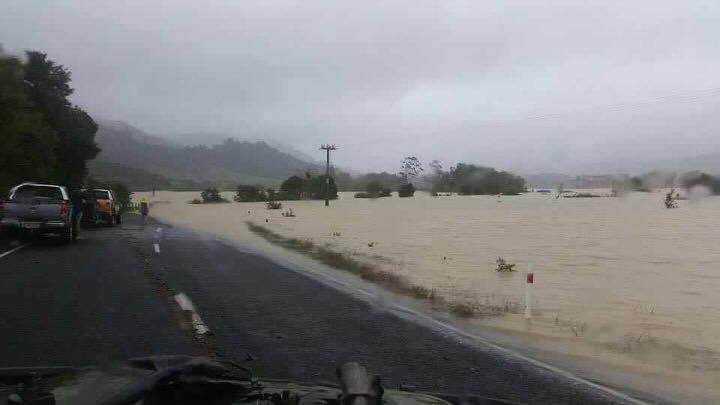