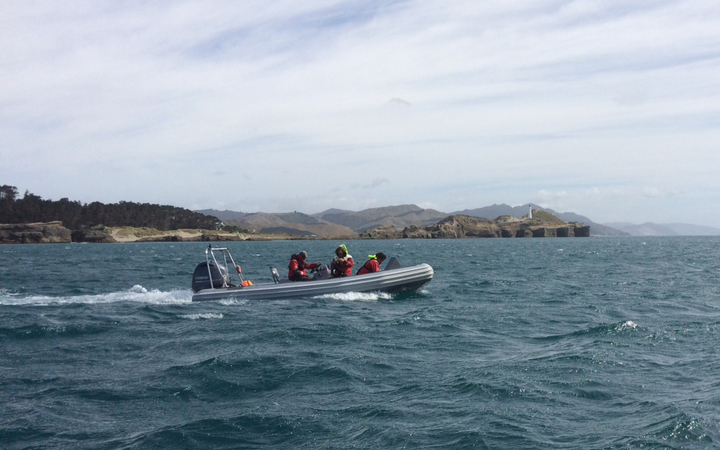 The Amazon Warrior is searching off New Zealand's east coast for oil for Statoil and Chevron. Photo: Supplied / Greenpeace NZ

The Amazon Warrior is searching for oil for Statoil and Chevron.

This morning a team, including Greenpeace members and local iwi, set out in two rigid-hulled inflatable boats to confront the ship about 20 nautical miles off the Wairarapa coast.

Greenpeace said it had delivered a 60,000-strong petition against seismic blasting to the ship, in the form of an open letter read over radio.

As the day progressed the crew would monitor the ship and its support vessels as they searched for oil, it said.

That included taking underwater recordings of the seismic blasts, which the organisation said could deafen whales.

The crews would also feed the data they collected through to scientists, to measure effects on marine life.

Two survey companies responded earlier this week to suggestions their work could be linked to two recent whale strandings, with one saying it would be willing to fund a necropsy on any whale stranded near active operations.