Seismic detectors could be causing whale strandings, Sea Shepherd says, and it wants oil companies that own the devices to pay to research it. 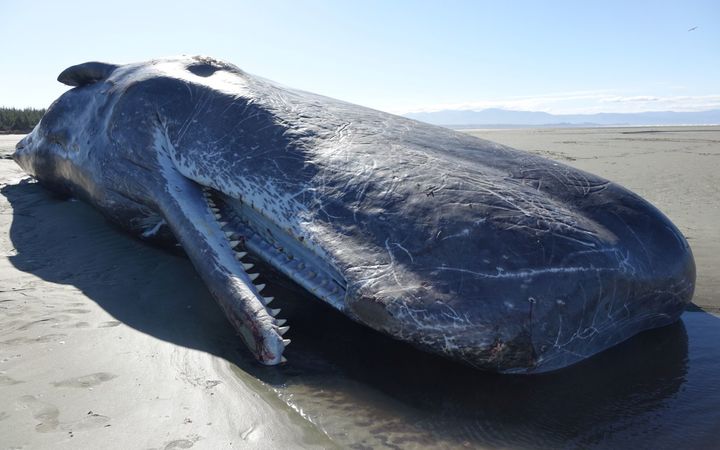 The marine conservation group's New Zealand director Michael Lawry said a stranding in Timaru, followed by a sperm whale washing ashore in Nelson, were part of wider unusual activity around the country in the past few weeks involving species of whale normally only seen in very deep water.

He said the strandings had come at the same time as intensive seismic surveying around the Cook Strait region, and Sea Shepherd was asking for autopsies on the whales before their burial.

"Iwi have full rights to demand necropsies in order to establish cause of death and gather important scientific conclusions. We offer them all our support," he said.

He added that answers were needed to keep people from jumping to conclusions.

"We're not saying this could be linked to seismic blasting - or the result of, but it does seem unusual and we should be a lot more 'on to it'.

"If it is [linked to seismic research] then we have a chance to prevent any more deaths," Mr Lawry said.

An online ship-tracking system showed two seismic research vessels had been operating seismic detectors each side of Cook Strait - one in the Taranaki Basin, north of d'Urville Island across to Farewell Spit and up to New Plymouth, the other east of Wellington.

The technology pinpoints areas for oil drilling, or studies the geology of the sea floor by towing equipment which shoots loud blasts of compressed air through the water and deep into the seabed, revealing information about buried oil and gas deposits.

Otago University zoology professor Liz Slooten said that given the unusual species being stranded, accusations towards the oil exploration companies would likely escalate even if the surveying was not to blame.

She said there was some information available on the impact on marine life from seismic surveying, but more was needed.

Sperm whales normally lived in waters up to 1000m deep, and rarely appeared in shallower areas like Tasman Bay where the whale that later stranded on Rabbit Island beach had been seen by locals, Prof Slooten said.

However, Cook Strait was an occasional transit zone for the animals, she said.

"Most of the research is done by the companies themselves, so there is very little independent research, and there is no research you would call an 'experiment'."

Former WhaleWatch Kaikōura senior guide and consultant Gemma McGrath said it was important to utilise available science to know what was causing the strandings.

"Whales are taonga - our treasures. A stranding is a tohu, a sign. We all love whales and we owe them this much," she said.

Offshore seismic survey operations must adhere to the Department of Conservation's code of conduct for minimising acoustic disturbance to marine mammals.

The code has three mitigation zones for surveys, determined by the sensitivity of the marine mammals to which they apply, and the potential effect of the sound levels likely to be encountered at that distance from the source.

Guidelines include having marine mammal observers and acoustic monitoring operators on board.