More than 2000 people have enjoyed the Auckland City Mission's Christmas lunch at the Viaduct events centre. 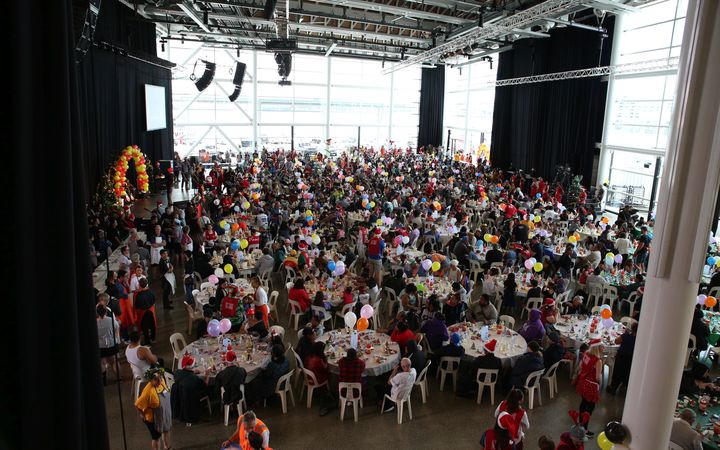 The meals took up three floors of the centre, with tables full of people, including the homeless and other vulnerable people put in touch with the Mission by social agencies throughout the year.

It took two days of preparation for the meals, including cooking more than 2000 drumsticks and peeling and cutting 350 kg of potato and kumara.

On top of the meals, which also included dessert, the Mission also made 1000 ham filled bread rolls to go in 500 takeaway meals. 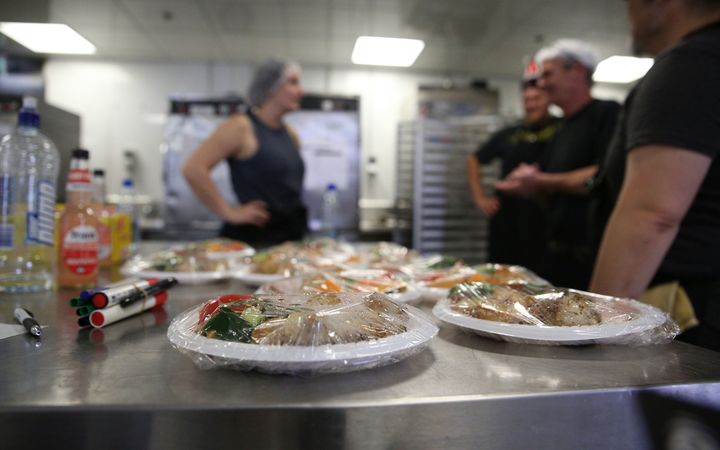 Some of the thousands of meals ready to go out. Photo: RNZ / Tom Furley

City Missioner Chris Farrelly said it was a massive job.

"When people walk into this place this morning, they'll walk into something that will lift there hearts. It's really beautiful."

He said many who were there were in need, poor, or would otherwise have had a lonely day.

The mission had been supporting hundreds of families in the lead up to Christmas, after they lined the street outside its Hobson Street headquarters.

He said those there today were generally a different crowd.

About 600 people volunteered to help with the lunch, many of whom had come back year after year.

"This is a day when I think we can really celebrate the best of our community," Mr Farrelly said.

"Talking to the volunteers, there's almost a theme - this is the happiest day of their life, this is the most thrilling thing they've done all year. Just in giving like this they're all saying to me they're receiving so much.

"So I guess it's capturing the essence of Christmas, which is just giving. That's what the City Mission has seen over the last three or four weeks. Thousands and thousands of people giving to those who don't have." 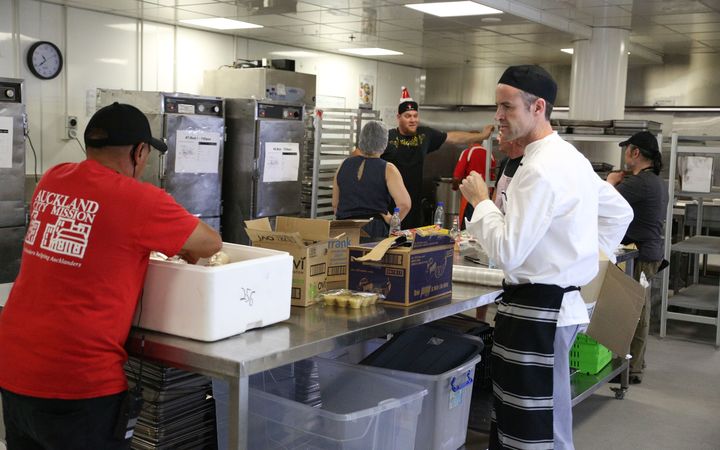 Head chef Steve Coffey has been doing the Christmas lunch for more than a decade.

"I'll be coming back for a few years yet

Charlayne Phillips, who has been helping for about four years, said it was about giving back.

"It's an eye-opener definitely, because at the end of the day I get to go home to my family and friends and enjoy Christmas with them. So for me to be here and to be able to volunteer my time to unfortunate families, that means a lot to me.

"I love the faces on the kids, it's just amazing. You get a lot of great reactions. 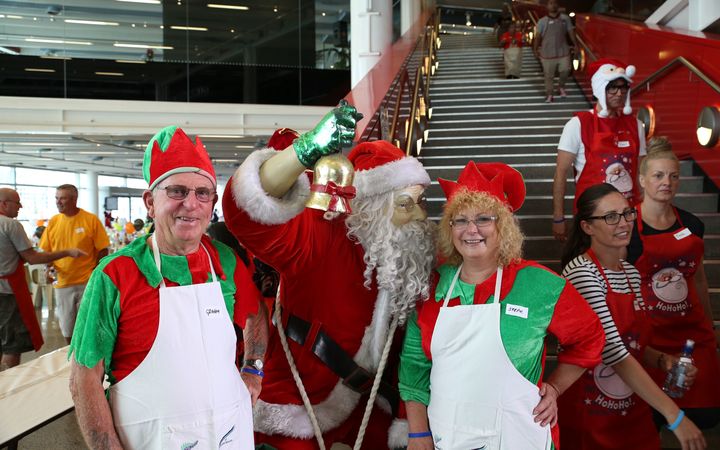 Father and daughter Graham Rumble and Steph Anderson were two of the 600 volunteers at the lunch. Photo: RNZ / Tom Furley

Father and daughter Graham Rumble and Steph Anderson were volunteering for the first time.

He had come down from Whangarei.

"All my children are grown up now, plus my grandchildren unfortunately are in Australia so I can't join them, so what better thing to do than volunteer," Mr Rumble said.

"We just wanted to make a difference, we know that Christmas isn't a happy time for many people and who knows, someday we might need this sort of support. So pay it forward is what I say," Ms Anderson said.

One person there to eat, Tom, was there with his nephew Simon.

He said for them it was their first time there and they'd otherwise spend Christmas alone.

"I'd be sitting at home looking sad. And I don't like to do that.

"It means a lot to me, very much. I love being here and I want to come again next year.

"I'm hoping to enjoy myself and with everyone else on Christmas Day. 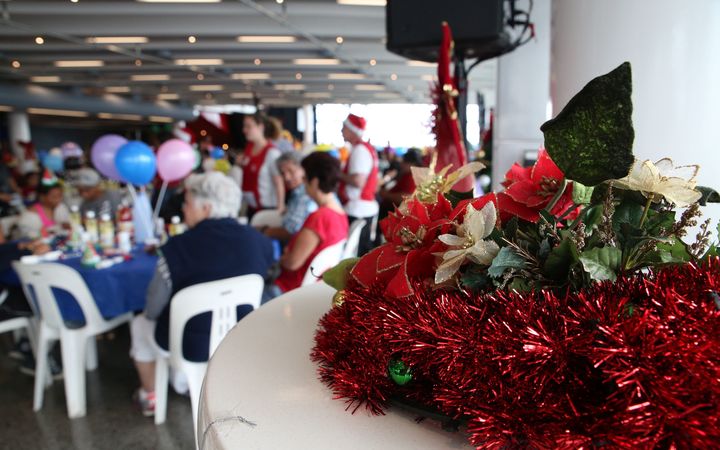 His nephew, Simon, said it was great to get together with family and meet new people.

"I'd be at home feeling miserable, and I think, what's there to be miserable about - it's Christmas time and it's wonderful."

The Auckland meal was just one of many free lunches around the country. Wellington's "Room at the Inn" community Christmas lunch also served up 300 plates of festive fare today at the Aro Valley Community Centre, while about 600 people were expected to pack into Dunedin's town hall today for a shared community lunch.

About 700 people were also expected to attend the Christchurch Mission lunch today.