Thousands of people did not have to eat Christmas lunch alone today. 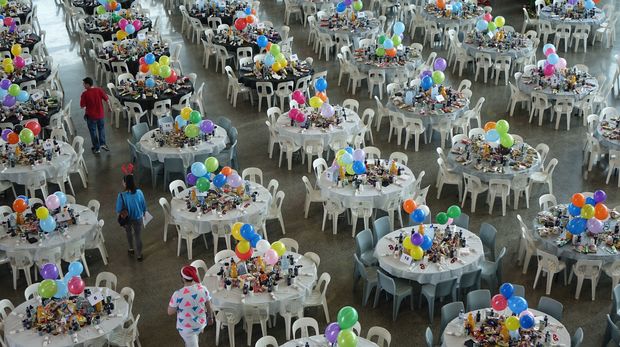 In Auckland, about 500 volunteers at the Auckland City Mission prepared and served chicken, potatoes, and vegetables for the 2000 seated at tables.

The volunteers were at the Viaduct Events Centre on Auckland's waterfront since the early hours of this morning, decorating tables and preparing and cooking food.

Six hundred takeaway bags were given to people who could not get a seat.

City Missioner Diane Robertson said nobody should go away without food or feel they were not part of Christmas.

Howard Taylor has been helping out for five years.

"You can never leave, it's great to come back. We've mixed with a whole bunch of new people, I've just found some new friends, and we have a bit of fun, and sharing it with the family as well. It's great to see the kids' faces and lots of people having a good time, and sharing fellowship with a lot of people."

About 600 people attended the Christchurch City Mission lunch, while 200 turned up to the Room at the Inn Christmas meal in Wellington. 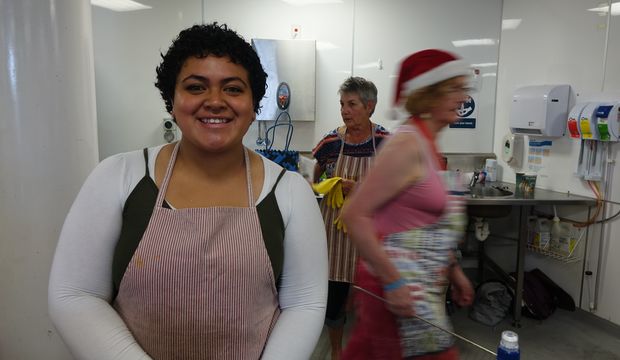 Petra Fruean said it was overwhelming to see the work she and her fellow volunteers had put in come together. Photo: RNZ / Kate Newton

First-time volunteer Petra Fruean had been working on the Auckland meal since 7am.

"It's really overwhelming you can already see people lining up outside so it kind of makes you want to cry, it's cool to see people giving back who don't have that privilege of having a family dinner."

The mission said it had also been the busiest year ever at its foodbank, with more than 3000 emergency parcels given out this month alone. 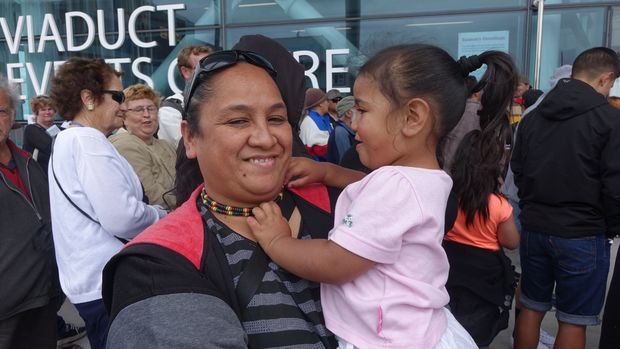