The Christmas rush is building outside the Auckland City Mission.

The Mission opened its foodbank on 7 December and unprecedented demand has seen people queuing outside from 4am for a $64 food parcel. 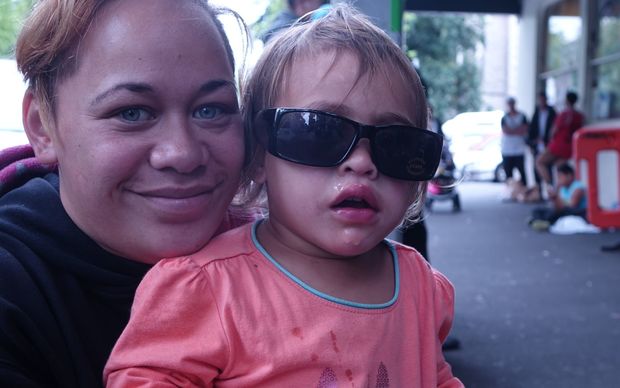 Yvonne Puti and 2-year-old Evonne Thompson both lived at the Mission for a while after Evonne was born Photo: RNZ/ Lauren baker

Outgoing Auckland City Missioner Dame Diane Robertson has been helping those in need for 22 years, but tomorrow's Christmas lunch is the last mass dinner she's organising, as she retires from the role. 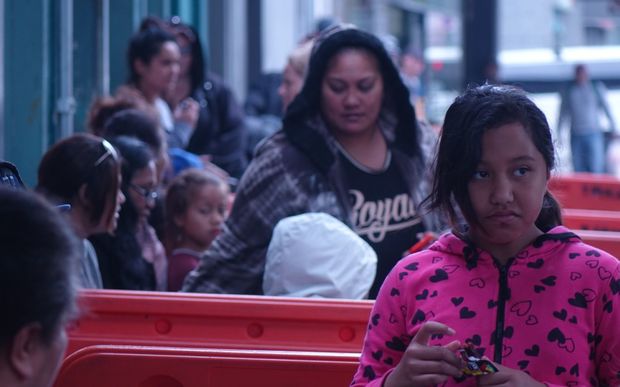 More than 2000 people are expected at the lunch tomorrow, and more than 3000 emergency food parcels have been given out at the City Mission's foodbank this month.

Dame Diane said this year she had seen more and more people asking for help for the first time.

A third of the people who've turned up at the foodbank have never been before, she said.

"And that's quite alarming really because that means there's people seeking basic support services for the first time in their lives." 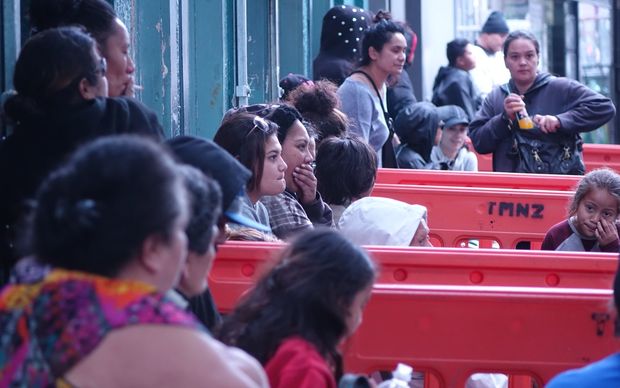