A new report from four of New Zealand's tourism leaders moots the possibility of privatising the country's Great Walks. 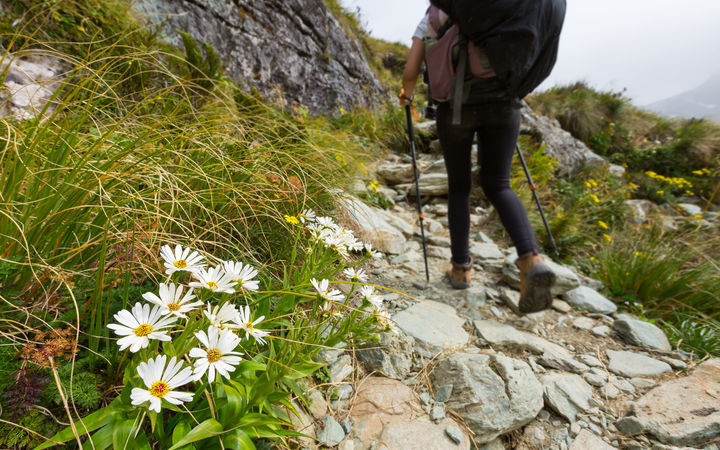 The controversial suggestion is one of a raft of proposals contained in the Tourism Infrastructure Study, commissioned by the heads of Air New Zealand, Auckland Airport, Christchurch Airport and Tourism Holdings.

The eight Great Walks managed by the Department of Conservation (DOC) lost more than $3 million in the last financial year, despite a 12 percent increase on the previous year in visitor numbers.

DOC huts on the routes are already available, subject to a fee, but there is also some accommodation run by private operators.

The report said the model of working with the private sector was strong, and had more potential.

"The model could be logically extended to differentiated pricing for access to iconic scenic sites for international tourists, and working with private providers to develop commercial models for a wider range of infrastructure."

This could happen without sacrificing the public right to access to the conservation estate, it said.

Tourism Holdings chief executive Grant Webster told Nine to Noon there was room to bring more commercial rigour to how the walks were operated.

"It's just bringing some greater commercial discipline, is our suggestion in that place. We haven't invested the time and effort in this just for it to be put on a table somewhere. We're very keen to continue to work with government to try to get these philosophies in place. We believe in them."

But Dave Hammond, a tourism consultant and the former chief executive of the Thames-Coromandel District Council, was sceptical.

"I think that's a straw man. New Zealand being what it is, we've got quite a strong historic commitment to free open spaces and also Treaty of Waitangi issues.

"I've been dealing with Cathedral Cove for a while, and that's been a partnership between local government, DOC, local iwi and local community - and those are the types of parties you need to put around issues like this."

Conservation Minister Maggie Barry said the government would consider the report, and the range of ideas it raised, but no decisions had been made at this stage.

She has previously said DOC was working with the tourism industry and others to explore options for sustainable funding.

Her office said the ideas being considered included different fees for international and domestic visitors.

The Great Walks - prices for DOC huts (per adult per night):