A new route for the Department of Conservation's (DoC) newest Great Walk - which takes in the site of the former Pike River mine - has been finalised. 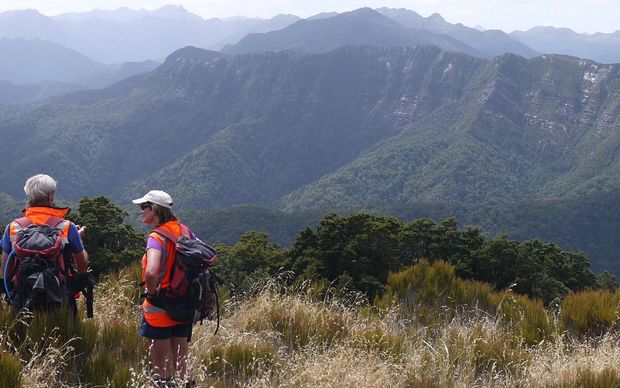 The $10 million project is DoC's biggest investment in a new walk in nearly 30 years and is intended as a memorial to the 29 men who died in the West Coast mine.

The 65km-long Pike 29 Memorial Track will stretch from the historic town of Blackball to Punakaiki by the sea, and will travel through the Paparoa National Park.

It will include a 9km side track to the Pike River Mine, where an information centre and memorial will be built.

The families of the men who died are being consulted on the design.

The track will include two new 20-bed huts.

In announcing the route today, Environment Minister Nick Smith said it had come about because of the families' determination that some good might come from the tragedy.

There are nine other Great Walks in New Zealand, including Abel Tasman Coast Track, Milford Track and Tongariro Northern Circuit. 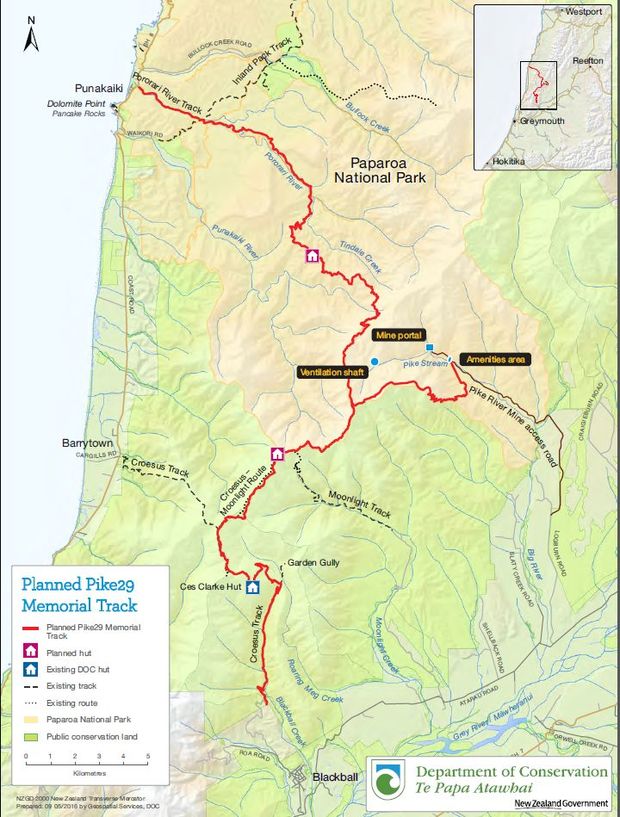 The route of the Pike29 Memorial Track Photo: DoC