Auckland mayoral candidate Phil Goff is pushing for a tax to be added to all homes purchased by foreign buyers, in a bid to dampen soaring housing prices. 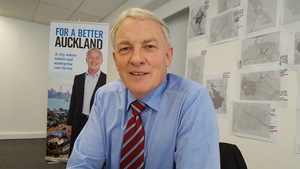 Phil Goff says a foreign buyers tax would have to be applied nationwide. Photo: Supplied

It would be similar to the 15 percent levy recently introduced in Vancouver, Canada.

Since the tax was imposed there the volume of house sales has slumped by more than a quarter, with foreign buyers appearing to shy away.

In September, the average house price in Auckland surpassed $1 million for the first time. A 15 percent tax would add an additional $150,000 to this average for foreign buyers.

Mr Goff said Canada was not dissimilar to New Zealand and Vancouver was one of three cities in the world where house prices were less affordable than Auckland.

But Mr Goff said the foreign buyers tax would have to be applied to the whole country.

"We (the council) don't have the ability to apply the tax, it would have to be applied by government across the board.

"My preference would actually be to stop foreign investment in existing housing, like Australia does."

He said he had discussed the tax with former Trade Minister Tim Grosser, who had said the government might contemplate a stamp duty tax.

"That was one of the options that was still open under the TPP, should that go through."

"I've seen estimates that put it at three times that level."

Mr Goff said he would be pushing the government to apply the tax if elected as Auckland mayor.

However, Prime Minister John Key said the 15 percent tax on foreign buyers would not work.

"Less than 3 percent of buyers have no connection to New Zealand, so one assumes that if he's not applying it to locals it's not really going to make a hell of a lot of difference," Mr Key said.

Infometrics chief forecaster Gareth Kiernan said while tax had potential to take some heat out of the market, efforts to intervene in the property market tended to have only temporary effects. 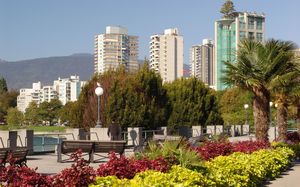 House sales in Vancouver have slowed down after a 15 percent foreign buyer tax was implemented. Photo: 123rf.com

"There's about half the sales where they don't actually have to identify who's bought it because they are going to be living in it themselves."

He said the tax had had a significant, immediate impact in Vancouver.

"For the couple of months prior to the new regulation coming in in August they had 17 percent of properties were sold to foreign buyers, the last four weeks in August - 1 percent."

Signs of slow down in housing market

Meanwhile new property figures are suggesting a slowdown in Auckland's market, with houses now taking an average of three months to sell.

The website RealEstate.co.nz has released its September data, showing listings in the city down nearly 18 percent on a year ago.

The wesbite's head of marketing, Vanessa Taylor, said that indicated the urgency of buyers was dropping off.

She said Auckland was the only region in the country where total housing stock was up.

"Every other region in New Zealand saw a significant decrease in total stock, whereas Auckland was up four percent on this time last year.

She said the indicated demand from buyers was slowing.

"Buyers are being more considered about their decisions to purchase homes, and they're taking a little bit more time to look at their options."

She said the slow down may be an indicator that recently introduced loan to value rations (LVRs) were having an impact on the market.