More than 80 people, including a Wellington school group, have been trapped on Mount Ruapehu's Tukino ski field for more than two days, with weather conditions making its access road unusable. 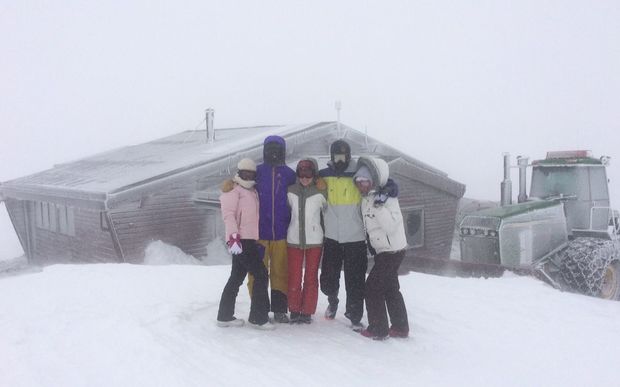 A group from Wellington High School are among those waiting in the ski fields' three lodges, for the 14km Tukino Access Road to be cleared.

Ski field manager Sue Graham said it was not uncommon for the road to become blocked, with gale force wind conditions currently blowing snow onto the road at a rate faster than it could be cleared. 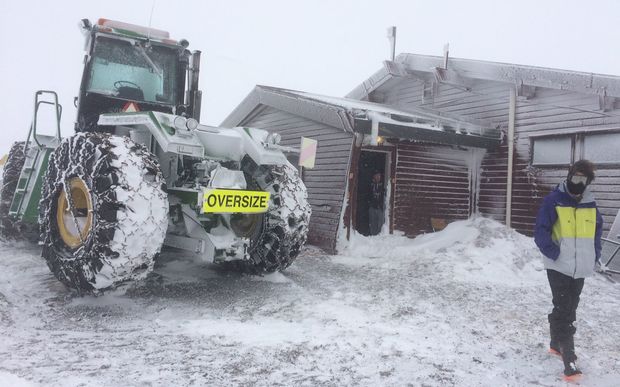 Ms Graham was hoping conditions would allow the road, which linked up to the Desert Road, to be re-opened tomorrow.

"We've got appalling conditions and if we tried to clear the road going down, which is 14km long, we've got an issue then of it all just blowing straight back in behind us and people getting stuck on the road.

"So for now we are better to stay put and to stay safe."

About 20 people from St Bernard's School, a Cathotic primary school in Wellington, were also stuck on the ski field, Ms Graham said.

She said everyone trapped on the ski field was safe and there were plenty of supplies.

Wellington High School said in a statement that the Year 13 outdoor and physical education students, and teachers, were safe, dry and well-fed.

A student from the group, Thomas Gibson, said they have been indoors since Wednesday.

"We hit the ski fields on Wednesday morning, and then it was really windy so we didn't stay on them for too long.

"And then ever since then we've sort of been just trapped inside because it's been white-out conditions.

"And it's been good, we've just been chilling inside, we've got heaps of food backed up in the freezer and we have just been playing cards," Mr Gibson. 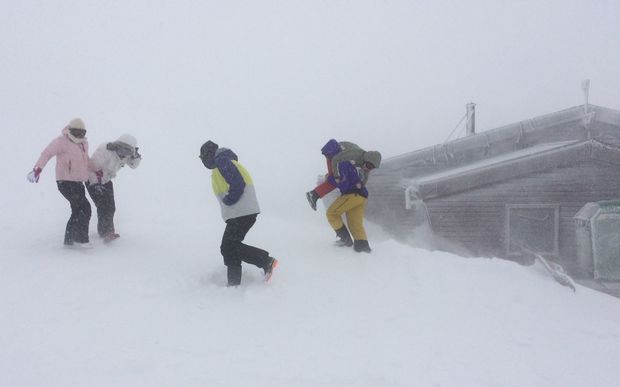 Students letting off some steam after being cooped up inside. Photo: Supplied / Thomas Gibson

White-out conditions up on the mountain. Photo: Supplied / Thomas Gibson