Two passenger planes have been struck by lightning in New Zealand air space this afternoon. 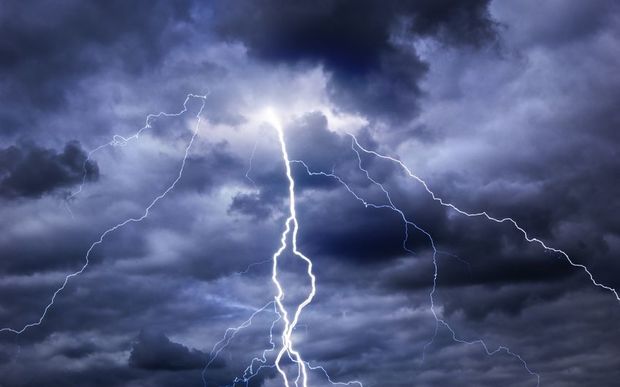 QF164's return flight to Sydney has been cancelled.

The damage to the Jetstar flight was discovered when it landed. Its return flight has also been cancelled, and engineers are assessing its condition.

New Zealand has been hit by rain, snow and huge wind gusts since yesterday afternoon.

Hundreds of people were without electricity after the wintry blast knocked out power lines and closed roads around the country.

The wild weather should clear in the south but the North Island could still be hit by hail and snow.