Road remain closed due to ice and snow after a wintry blast that also knocked out power and forced the cancellation of Cook Strait ferries.

New Zealand has been hit by rain, snow and huge wind gusts since yesterday afternoon.

Wild weather: what you need to know - click here

Detours are in place for The Desert Road on State Highway 46 and 47 - but there are no detours for the Lewis Pass.

Rimutaka Hill Road reopened after a fallen tree and power lines were cleared.

MetService said more snow showers were expected on the Desert Road overnight with between 2cm and 5cm settling before 9am tomorrow.

In the South Island, snow and ice were still playing havoc with roads, with Porters Pass and Arthurs Pass closing.

Metservice had forecast 10-15cm of snow for parts of Porters Pass, with smaller amounts forecast for Lindis Pass and Milford Road. 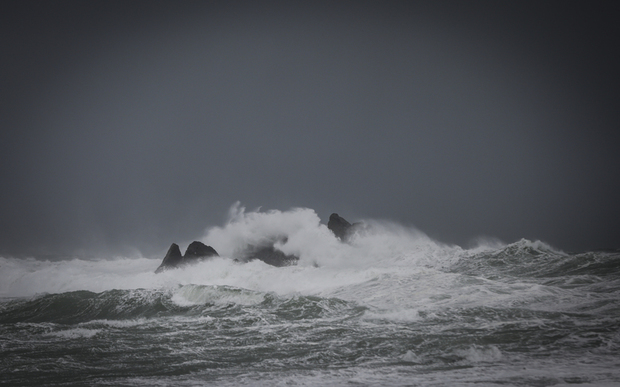 Ferry sailings across Cook Strait were cancelled today due to severe weather and rough sea conditions, with swells of up to 10m.

The Interislander said it would not take any passengers across Cook Straight until Saturday but a freight ferry will test the weather conditions early tomorrow morning.

The company said no bookings would be taken until Sunday due to rough sea conditions forecast for the next 48 hours.

The freight sailing will be at 2.45am tomorrow.

The huge swells in Cook Strait stopped all shipping and some regional flights out of Wellington Airport were delayed.

Winds gusting up to 160km/h overnight knocked out power lines across Canterbury, cutting power to 3000 homes and businesses.

Lines company Orion said about 7.30pm its crews were still trying to restore power to about 1600 homes but the continuing bad weather was making the work challenging. 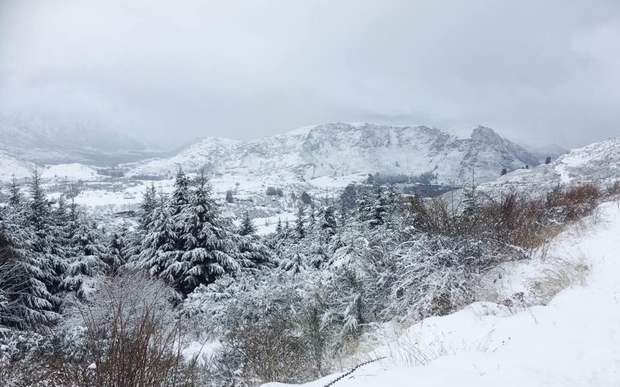 The view from the road to Coronet Peak near Queenstown this morning. Photo: Supplied / Celia Horner

Metservice said in addition to the snow that had already fallen, another 15cm to 25cm could accumulate above 500m, with smaller amounts down to 300m.

"This snow may cause stress for livestock without shelter and create problems on roads in the area," the agency said.

MetService lifted its strong wind warning for Otago and Southland but said the Chatham Islands, the Kaikoura coast, Wellington and coastal Wairarapa could all experience severe gales until tomorrow, with gusts up to 120km/h.

"Winds of this strength can cause damage to unsecured structures and make driving conditions hazardous," it warned.

Emergency services went to the scene of three landslides this morning on the Milford Sound highway, caused by fallen trees.

The landslides wiped out two utilities sheds and a vehicle, and caused a gas leak at tourism company Real Journey.

Emergency services said the leak had been contained but the company's bus terminal and staff carpark were still closed to the public.

Two people who were injured when the winds brought another tree down on a car in Tai Tapu were taken by ambulance to Christchurch Hospital. 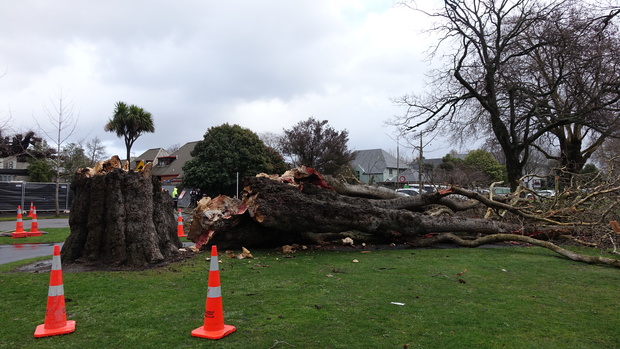 A huge tree in Cranmer Square was one of a number in Christchurch toppled by strong winds. Photo: RNZ / Maja Burry

The Fire Service was kept busy overnight responding to reports of damage including damaged roofs and trees.

Wind gusts of up to 161km/h were recorded at Le Bons Bay in Banks Peninsula, MetService said.

In Dunedin, St Clair buses were diverted to another route because of a fallen power pole on Forbury Road, Otago Regional Council said.