Agencies working to combat family violence need to help victims more, instead of expecting them to keep themselves safe, a report says. 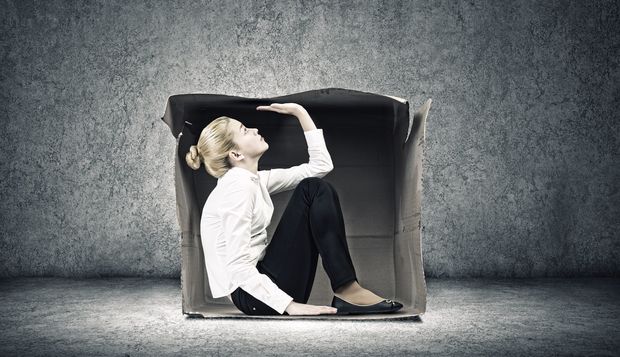 In its fifth report, the independent Family Violence Death Review Committee called for radical changes to how government and non-government organisations respond to family violence in order to reduce abuse and deaths.

Thirty percent of New Zealand women experience physical violence at some point in their lives - the highest rate of all 14 reporting OECD countries.

In the ten years to 2012, there were 312 family violence deaths in New Zealand.

Co-chair of the Family Violence Death Review Committee professor Dawn Elder said government and non-government organisations often saw victims as having the ability to walk away if they wanted to.

This kind of thinking further traps victims and their children in the abusive situation, she said.

"Victims do ask for help - often repeatedly - but our reviews indicate that they often need to get a more helpful and informed response."

- More focus on changing the behaviour of the violent offender

- Recognition that violence is not just physical, it is also carried out through control, coercion, and intimidation

The report also identifies how the family violence workforce - including the justice, child protection, and mental health and addiction sectors - can be strengthened and work together better.

Professor Denise Wilson, who helped chair the committee, said in spite of the problems, the committee was encouraged by the willingness of agencies to work in a more integrated way.

The current cross-government focus on family violence was also very encouraging, she said.

"The Ministerial Group on Family Violence and Sexual Violence, led by Ministers Adams and Tolley, is committed to improving the systemic response to family violence. The group has launched an ambitious cross-government work programme."

National Collective of Women's Refuges chief executive Ang Jury said the last report in 2014 had come to the same conclusion.

"Nothing much has changed over the last couple of years, this is possibly going to put a little bit more impetus behind the government work programme," she said.

The lack of progress was frustrating, but changes were pending, including excellent practical work by the police and the Law Commission to make the system work better for victims, Dr Jury said.

"It's a matter of all of the helping agencies having the right information so that when someone asks for help it's recognised, and the person to whom they're disclosing knows what to do and how to do it."

Women's Refuge would also like to see a "zero tolerance" approach to breaches of protection orders.

Thirty percent of New Zealand women experience physical violence at some point in their lives - the highest rate of all 14 reporting OECD countries.

Jill Proudfoot, who heads client services, said it "beggars belief" that some victims were still being told to keep themselves safe.

The laudable aim of "empowering" victims had come dangerously close to "abandoning them", she said.

"When you leave the woman to make all the choices and take all the action, you're actually saying to her, 'You're on your own'."

She said women who "chose" to stay in abusive relationships were often judged harshly by society or even agencies that were supposed to help.

"They think that if it's bad enough she would just leave. They don't get that if she could just leave, it would be easy but it's not like that, and they're in much more danger after they leave.

"That's what the Death Review has found - the most common time for a homicide is after a woman leaves."

Ms Proudfoot said a safety plan needed a coordinated approach that involved everyone taking action to help the family become safe - even when those at risk seemed to be turning down turn offers of help.

A spokesman for Te Kupenga, the National Network of Stopping Violence, Trevor Wilson said the report made good points - but they had all been made before.

Mr Wilson said he was heartened by the report's emphasis on more help for the perpetrators of violence.

"Violence is a learned behaviour and people need help to unlearn it."